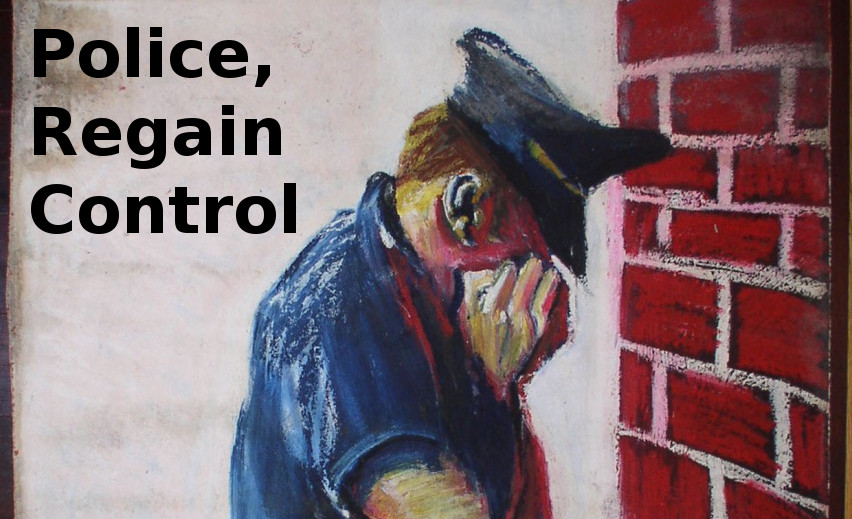 So you’re a police employee. It’s probably fair to say that more than most professions, people who see you have a preconceived notion about you. Some view you with adoration. Others with scorn. Still more are ambivalent, quick to say that there are bound to be “good” and “bad” people in every profession. But how do you perceive yourself? And more to the point: Are you in control of  your life?

As a police employee, you’ve been trained to be in control. You’ve been told that you have the “legal right” to ratchet up the initiation of force until compliance is gained. But when you’re alone, do your thoughts about what you’ve seen and maybe even participated in, make you feel ashamed or disappointed? Do you revisit and replay a particular situation — how it unfolded, how you acted, and how you wished you would have acted? Such introspection is natural. To grow as a person and learn from experiences necessitates that you are honest with yourself. But have you put you — the real you — on hold as you try to mold yourself into the role of a police employee? If so, are you really in control?

Ask yourself: How have you changed since going into policing? Have you become more suspicious of other people? More jaded? Less friendly? Cold, even? Do you now have fewer friends and contacts outside of the law enforcement realm?

If you’ve been a police employee for two years or more, you’ve almost certainly questioned your own role. You’ve realized that most important to your supervisors is the absence of public disapproval. The maintenance of perceived legitimacy. Sure, that may be a good business practice to safeguard the institution, but it does nothing to further the stated aims of that organization — to advance justice.

You wanted to make your community a better, safer place, but you now recognize the harm of merely acting, unquestionably, as an enforcer of arbitrary legislation. But what can you do? You’re now financially vested. You have a pension. A family. Responsibilities. Still, many options are available to you. And no, it’s not sneaky to explore the following routes, as you would in fact be operating more aligned with the mission of the organization you joined — to protect people from predators. These are tangible steps you can take to regain control of your life.

I recall a conversation I had in 2010 with a man employed by the Greenfield (MA) Police Department. He and I chatted for an hour. He and his colleagues had just “processed” Ademo Freeman and me, after we were unjustly kidnapped when attempting to bail out our friends. Ademo and I spent that time telling them our captors that in this situation, they were in the wrong. I could tell that the man wearing the Greenfield Police badge knew that it wasn’t right that Ademo and I were being held. As he slid the door to my cage shut, he hung his head and said, “I’m with you more than you know.” I asked him, “Then why don’t you quit your job?” to which he replied, “My family wouldn’t understand.” I told him that if his family loved him, they’d try to understand. And even if they never did understand his motives, at least he himself would know why he quit. Being true to himself was most important, I finished.

As we each align our actions with our desire for a just world, that world will manifest. Real change happens incrementally, one mind, and one action, at a time. Police employee, it’s time to regain control of your life.