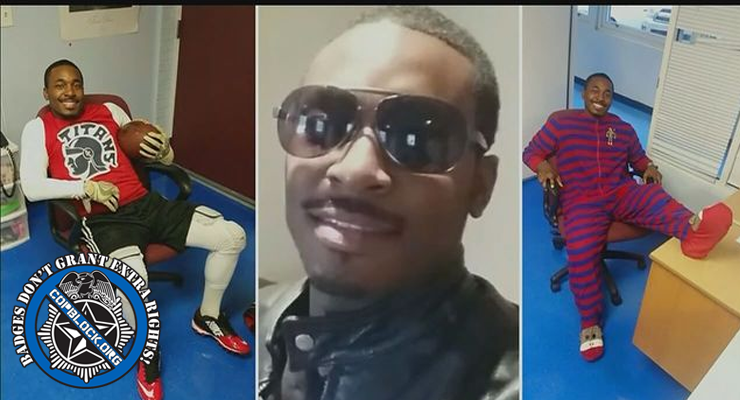 After nearly two months since a 27-year-old Washington D.C. man died in police custody, the Medical Examiner is calling his death a homicide.

The cause of Alonzo Smith’s death is “sudden cardiac death” complicated by “acute cocaine toxicity while restrained” and “compression of torso.”

The homicide ruling means that intentional actions of an individual lead to the death, not that the death was intentional or that a crime has been committed.

So far, there is not an official account of what happened to Alonzo on November 1st.

“I’m no longer stating that my son was beaten to death. My son was tortured to death. There are more injuries in the coroner’s report than I could visibly see with my eyes. There were injuries on my son’s back. He was hemorrhaging — the back. The back of his head was busted,” said Alonzo’s mother Beverly Smith.

D.C. police said their officers responded to three 911 calls for an assault in progress at an apartment complex the morning Alonzo was killed.

Derrick Knight, Smith’s uncle, said the family has heard from residents and police that Alonzo may have been visiting the apartment complex to see a woman, and there could have been a dispute between the two.

The only eyewitness in the case says Smith was heard running through the parking lot yelling, “They’re trying to kill me” and banging on doors.

When police officers arrived to the scene, Smith was found ­unconscious and handcuffed by “special police officers“; licensed by the District of Columbia, but they work for a private security firm called Blackout Investigations.

He died at the United Medical Center.

Alonzo’s mother says she is desperate to know what the police investigation concludes.

“It’s all still a mystery, and they’re making sure that it’s a mystery, for right now,” she said.

The initial police report called the death a “justifiable homicide,” but it was later reclassified as a “death investigation” when reporters started asking questions.

Police spokesman Lieutenant Sean Conboy said “it was an error on the part of the officer who took the original report.”