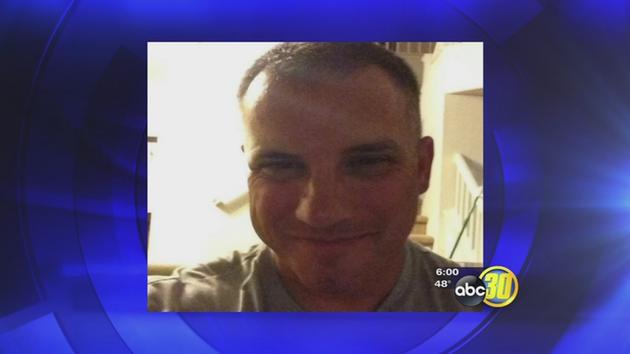 The Fresno Police Department is investigating a Sgt. with the Fresno Sheriffs Department. Mark Eaton is accused of domestic battery. His girlfriend, the victim also works for the Sheriff’s department but her personal information hasn’t been released. Eaton and his girlfriend had returned from a trip to the coast in November and were drinking at her place. Eventually she asked him to leave and when he refused, the situation escalated. That’s when Eaton grabbed her by her face and neck and shoved her backwards on at least two occasions.

The victim wanted the suspect to leave. He didn’t want to leave. And near the front door of the residence, he had grabbed her face, her nose and squeezed pretty hard and pushed her back. They both work together so I think the victim felt it was appropriate to go and let her superiors know about it and then that started the investigation.

Five years ago Mark Eaton was given a medal for bravery while serving a warrant. The suspect opened fire and killed Joel Wahlenmaier, another deputy and Javier Bejar a Reedly police officer. Jerry Brown the Governor of CA presented Eaton with the medal of valor, the highest award for bravery you can receive as a police officer.

After this I guess, he’s not as much of a hero as everyone thought.

Tony Copazzi the legal analyst for ABC30, had an insightful overview of the situation.

Once that protective order is issued, that person is not supposed to have access to guns or possess guns in any manner. Domestic violence cases are usually taken very seriously, especially since the O.J. Simpson case. But when they involve law enforcement, it’s even more serious, as the 1978 murder of Marjaree Mason by a sheriff’s deputy proved. “When it comes to a law enforcement official who has access to guns, who possesses a gun, I think domestic violence cases need to be looked at and scrutinized much more carefully.

Eaton has been charged with misdemeanor battery which has a maximum sentence of one year in jail. However if convicted Eaton will be subject to a 10 year weapons restriction which will obviously make a career in law enforcement impossible. If there really is a restraining order against Sgt. Eaton, he has been in violation of that order every time he puts on his duty weapon. Regardless Mark was allowed to remain on duty and carry a firearm, he was only placed on paid administrative leave, after he was arrested on Monday.

It takes an incredible amount of courage to shine a spotlight on officer misconduct, especially when you also are an officer. The police have been known to treat the officers who speak up about misconduct as pariahs. Some officers won’t respond to their scenes, others will harass them with threatening phone calls. Anything to make them wish they had kept their mouth shut. To make matters worse, often times the police officers who are guilty of crimes are protected by the establishment and the officers who bring up the problems are punished and/or fired.

As a spouse, reporting domestic violence against your husband who is a cop, is almost a futile endeavor. The people who show up, more than likely work with/for your husband and there really isn’t any incentive for them to assist you. After all, who are they going to believe, you or your cop husband? Because of the thin blue line and the amount of officers willing to look past another officers misconduct, domestic violence occurs in law enforcement households at twice the rate of the civilian world. I believe the reasons for this are obvious. Police officers are trained to use force and are used to being obeyed. When they aren’t, they use force to gain your compliance, even if it means killing you. This mindset doesn’t disappear when you’re off duty and often times causes problems at home.

Although there might be a sliver of hope in this situation, as the victim is also a cop it’s more than likely that internal pressure and the fact that this is just another case of the police investigating themselves. This will likely be swept under the rug and go away quietly. They might even try to find a reason to fire the woman who reported this hero sergeant.

If these types of double standards are as disgusting to you, as they are to me and you believe that the people who claim to protect us should not go around victimizing us. Please drop a line to County Sheriff Margaret Mimms or post a comment on their Facebook page politely demanding they fire Mark Eaton for his criminal behavior.