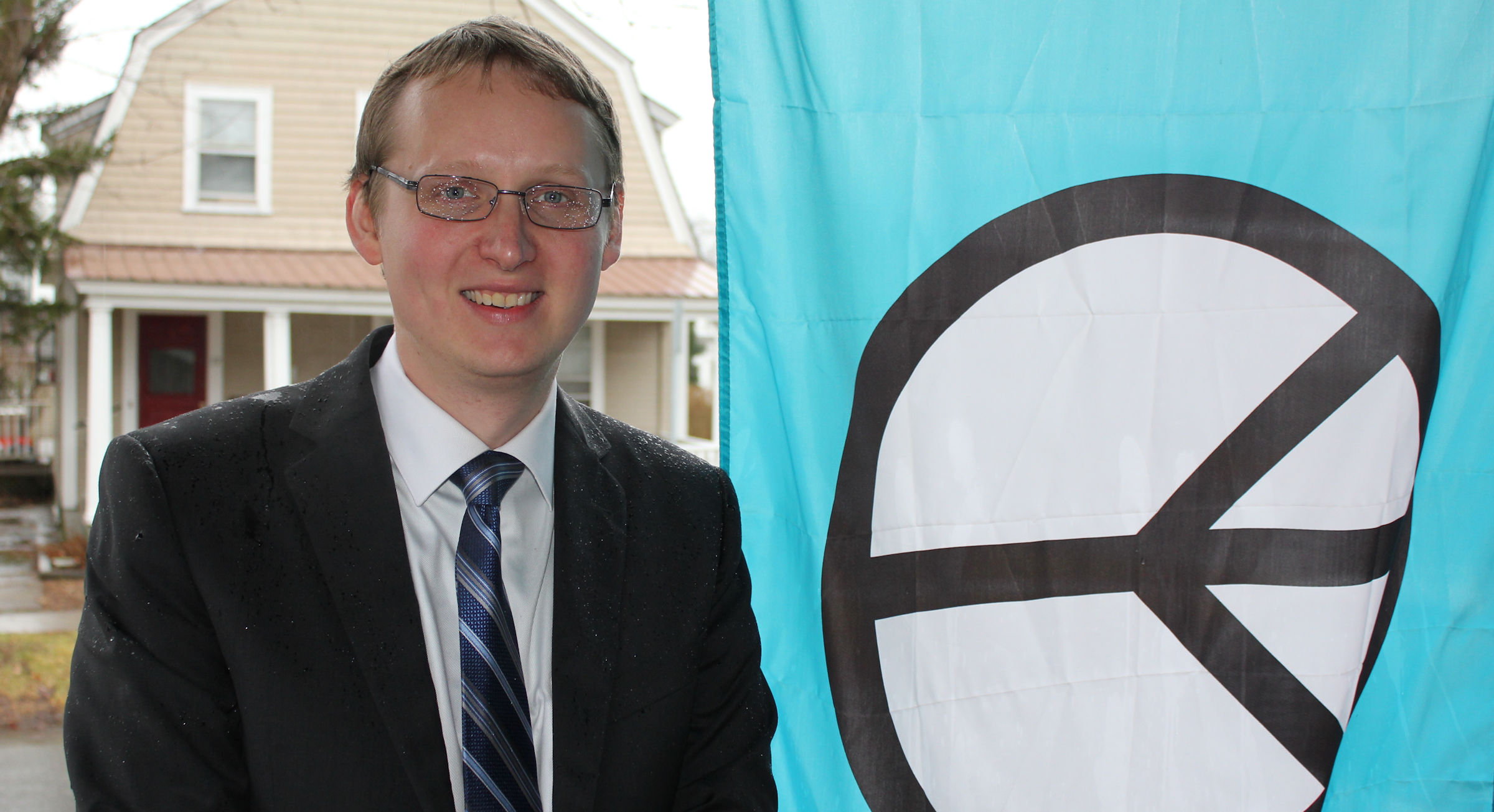 In a clear victory today, Free State Project early mover James Cleaveland was found not guilty of “resisting arrest” and six of twelve jurors voted not guilty on the “disorderly conduct” charge! Judge John C Kissinger spoke with the attorneys after the verdict and relayed that the jurors were locked 6-6 on the disorderly charge for all five hours of their deliberation. As a result, a mistrial was declared on the “disorderly” charge, meaning it may go to retrial.

Earlier this year in a bench trial for the same charges, Keene district court judge Edward J Burke found James guilty of both counts. As is his right, James appealed the two class-A misdemeanor charges to a jury trial, even though the sentence from Burke was suspended on condition of good behavior. Ultimately James said he was glad he went to jury trial, as he’s now been vindicated completely on the “resisting” charge, where state police officer Phillip Gaiser lied, claiming James lunged at him and also stepped back 3-4 steps when he tried to cuff him, a claim that was proven false by the video and audio evidence in the case.

In post-trial comments for Free Keene, James said that the video and audio he recorded was critical to his success. Otherwise it would be several cops’ word versus his word, and jurors generally believe police to be honest. Though it was costly in time, stress, and thousands of dollars in legal fees, James is glad he stood up for the right of free press.

Kissinger allegedly said that James choosing to testify made a good impression on jurors, but that having a larger camera would somehow have given him better credibility. All jurors refused activists’ offers of $60 for a post-trial interview.

This is the biggest jury trial success of any liberty activist thus far tried in New Hampshire. Major thanks to all the stellar activists who braved the cold to hand out NHJury.com trifolds to the jurors and also hold signage reflecting the amount of time James was facing (two years in prison), a detail never allowed to be revealed in a criminal trial.

Full video of the trial is still to come to Free Keene. Stay tuned!