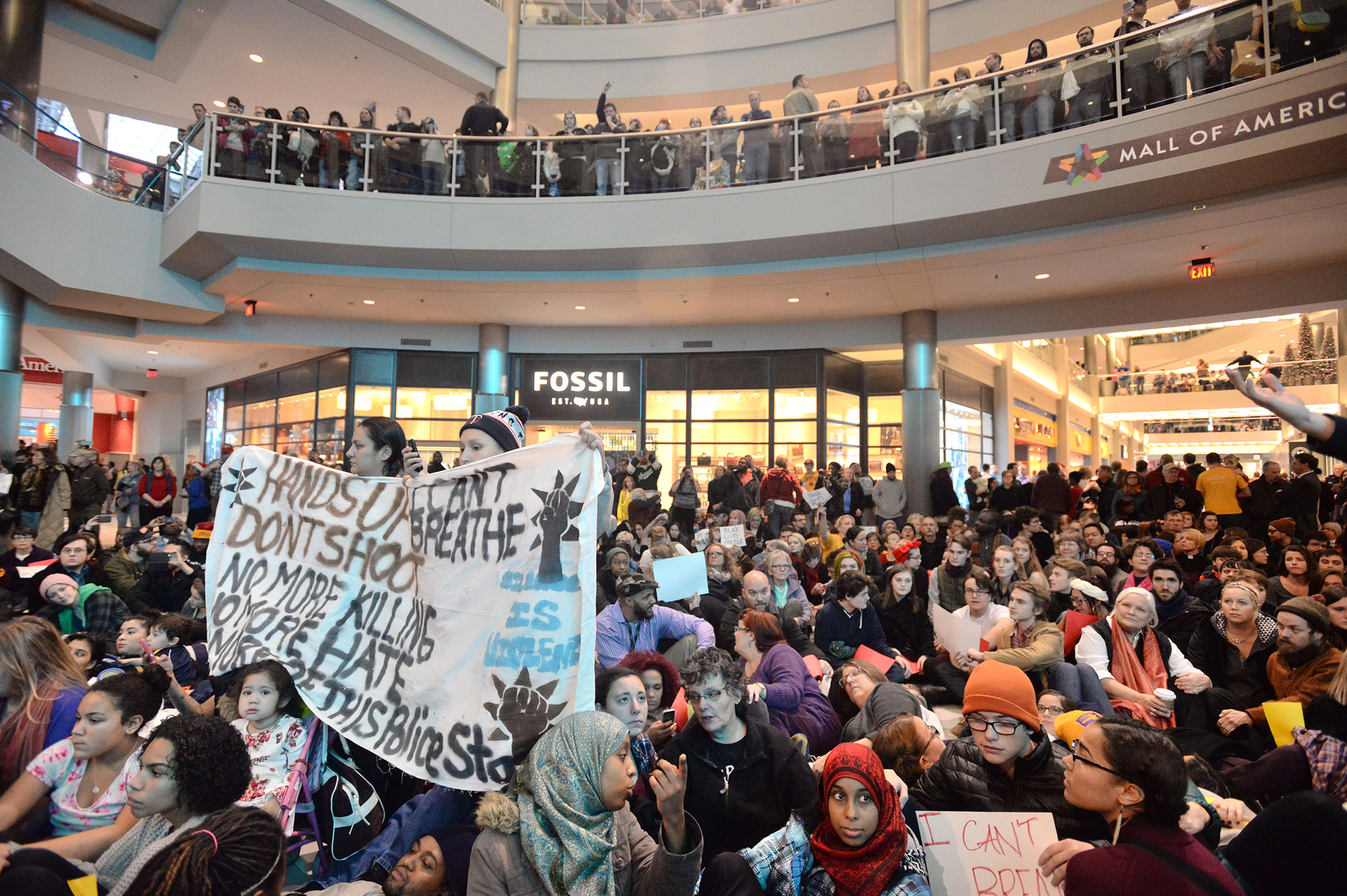 Jamar Clark was shot on November 15th, 2015 by Minneapolis Police Officers Mark Riggenberg and/or Dustin Schwartz. The death of Clark has left many questions surrounding the death unanswered. Was he handcuffed? Did he go for a weapon? Was it recorded? And why hasn’t the video been released? The lack of answers to these questions lead to protesters setting up an encampment outside of the police department headquarters. The protest continued even after two men with guns, who have since been arrested, opened fire nearby injuring five.

The absurdities surrounding this case are plentiful and the police are engaging in their usual tactics to keep the truth from being exposed. Waiting to release the names of the police officers involved, refusing to release video footage and providing empty promises to those who are demanding answers to police officers shooting a man in handcuffs (possibly) are cause for concern most definitely. Yet, so is the planned protest this week by the Minneapolis based Black Lives Matter group.

While those who want these questions answered have the police right where they want them, hiding and covering their behinds. Some, who probably also want these questions answered, are about to make a big mistake, IMO, by taking their protest to private property. Yet, that’s the plan of the for the Black Lives Matter Group, and their event on December 23rd, where they plan to protest on the property of the ‘Largest Mall in the US” – the Mall of America.

The event has drawn the attention of the Mall’s legal team. According to the Star Tribune:

“Mall of America supports BLM’s First Amendment right to free expression, but courts have clearly ruled that right may not be exercised on private property without the consent of the property owner,” the mall’s attorney wrote.

Black Lives Matter leaders have promised to keep Wednesday’s protest peaceful. In a statement Monday, they vowed to go through with the demonstration unless their demands are met.

The demands of the group seem to be off point. They want a special prosecutor assigned to Clark’s case – isn’t going to happen – and terrorism charges brought against the shooters of the encampment – also isn’t something a group of people will get from the government. On top of that, this group is not the direct victims of these crimes and, therefore IMO, have no claim to these demands. Even if the group is acting on behalf of the family the demands are still of the families, not of the groups. The group would be helping the family in seeking justice but they would still be making a mistake.

It really is that simple. Why the organizers of this event feel it’s their best shot at having their (misguided) demands met is beyond me. Why they choose to make a spectacle out of going into the Mall of America as opposed to sign waving those entering the parking lot – like those who protest the killing of John Crawford outside of Walmarts all across the nation on the first Sunday of every month do – is a grave tactical mistake.

This can be best compared to taking your shoes off at another person’s house. Not all of us do that at our houses but when asked too at another’s house, we either decide to do it or we decide to leave. Why? Because of property rights. The homeowner has the right to make rules, even absurd ones, at their own homes. While you may decide not to take off your shoes at your house you wouldn’t disrespect another person’s property by refusing. Or if you didn’t you shouldn’t be alarmed if you were asked, or forced, to leave (but who gets that way over shoes?).

This is what Mall of America owners are doing to Black Lives Matter members.

The group’s goal MIGHT BE to raise awareness, they’ve vowed to keep it peaceful, but it most likely will disrupt the business of an entity that had nothing to do with Jamar Clark’s death. If you want to disrupt someone’s business, why don’t you head down the the Minneapolis Police Headquarters and close up that building? Lock it down. Never allow another cop to clock in or out of work until your demands are met? Vow to occupy all police stations, courthouses and government buildings (which are public) until your demands are met.

Instead you’re going to lead your most active supporters onto private property where the police will be waiting to gladly arrest you. They’ll haul off your best activists to jail, keep them bogged down by a lengthy court battle then bury your legitimate calls for justice under the property rights violations and absurdity of your protest that’s so far from the cause of your anger that no one will know why you were arrested there in the first place.

If that’s the goal you have in mind then by all means – get it done. Sacrifice your best, waste your time and get ready to lose any of the ground your unity or demands held beforehand. That way when the video does come out, the cops get ‘cleared of wrongdoing’ and the system allows another one of our neighbors to die without justice you won’t have anybody left to protest anywhere.

Or you can continue to spread the message that All Lives Matter by respecting that Property Rights Matter too. Stand at the entrances on public sidewalks, have flyers ready to hand to drivers and gain supporters – not lose support.

What do you think? Should protesters be protesting inside of the Mall of America? Is there a better way? If you have an idea, leave it in the comments below. If you know a member of the Minneapolis Black Lives Matters Group, please share this with them, as I’d like to do a follow up from their perspective.