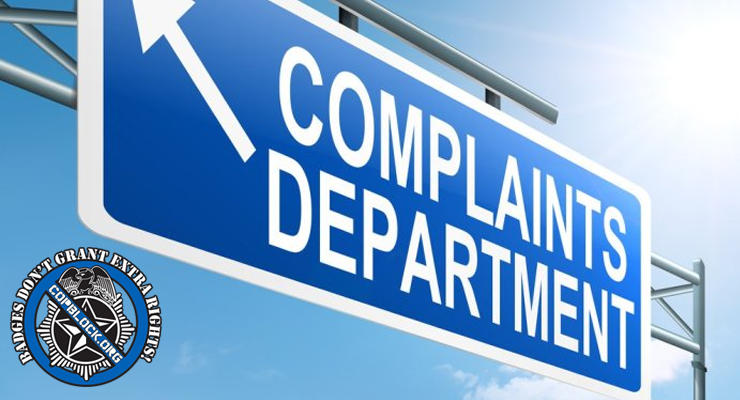 The following post was submitted by Stephanie Green who had some troubles with her boyfriend and the police back in February that she detailed in a submission to CopBlock.org. Part of that post titled, “North Carolina Police Provide Abuse to Disabled Instead of Assistance” is below. The  text that follow is Stephanie’s update.

Some months ago, I had to call for police assistance. Didn’t want to, but I was in danger, as my boyfriend got psychotic, and attacked me. When they arrived, they said they needed my boyfriend to come outside to talk to them. He refused, naturally, and the Sgt. told me there was nothing they could do, and they just left. Just about a week ago, my boyfriend flipped out again. I called for a mobile crisis team – instead they send Dunn police to the rescue. I can handle myself pretty well, thank you, but I’ve been trying everything to get him some help – without the police killing him. The stun gun night I could hear him pleading that he’s got a bad heart, and to please not do that to him. Stun guns/tasers have been documented as the cause of death in people with healthy hearts. Anyway, they send the cavalry again – I was expecting SWAT, dogs, and a chopper, too.

I met them on my porch and told them I needed a mental health professional, not the Keystone Cops. These cops are SO rude and arrogant towards me – but I can be just as big an ass when the moment calls for it. This time, as usual, the rules changed. I said he was threatening suicide, but I didn’t want them there, as I don’t want him getting electrocuted again. Of course, they denied that incident and said his time they WEREN’T going to leave unless they spoke to my boyfriend. We have a window in our living room door, so I went in, closed the door, and was speaking to them through the door. I told them I did not want them on my property, and I would not let them in my house. So they threatened to break down the door, shoot my dogs, and arrest me. REALLY???

They kept insisting I open the door, and I kept insisting that I didn’t have to. If you think about it, if anything had happened to my boyfriend, I would have been the negligent one, not them. He’d been drinking. So, I figured I’d wait for him to pass out, then have him taken via ambulance to the hospital. And that’s precisely what I did – interesting development, though- instead of Dunn police, they sent the deputy sheriffs. I think they hate me so much because they try to outsmart me, but they can’t. I’ve studied the general statutes of North Carolina, I’ve been a cop, and I’ve learned even more from CopBlock!

The text below, as mentioned above, was just submitted recently by Stephanie:

I submitted a post some time ago about the Dunn, NC police torturing my husband with a Taser or stun gun which has left him with PTSD. Last week we made an appointment, via the police secretary, to speak with the chief. I wish I had a video to show how arrogant and ignorant this man is, but I knew I’d never get that. There’s a lot of talk about bad police interactions but good luck trying to accomplish anything if it happens to you.

Today was our appointment. To start I asked if he was the chief and he made a weird face and gesture, then said, “you know I’m the chief.” I replied, “no sir, I’ve only seen you once, and that was two years ago.” He then wanted us to have our meeting in the lobby of town hall. I asked for some privacy. That seemed to really inflame him. It’s my opinion that people don’t get all defensive for no reason. They’re either hiding something, or they know you have valid concerns- they just don’t want to admit to that. I stated again that I would prefer to talk somewhere other than the lobby. He kept pushing for the reason we wanted to talk. I stated we had some questions we’d like answered, but again stated I would not talk in the lobby. He said he was not going to hash out the same things- notice, plural- and I said I’d only made one complaint.

I wanted to ask why his “officers” found it necessary to stop in front of our house – but no one else’s. I wanted to know why they tased a compliant person, I wanted to know why one of his sergeants found it necessary to ridicule me for saying I’d been a paramedic for 23 years, etc. He stated he didn’t want to hear it, and he WASN’T going to hear it. I can see where the rest of the department get their lovely personalities from. I think if the head honcho of a department refuses to speak to you, well, that speaks volumes.

Before we left, he yelled, “by the way, if you post anything else on the internet, I’ll already know about it”. Hmmm……could it be the City of Dunn is hacking my computer? That’s been my suspicion for some time and his comment lent credence to my theory. All I can say is steer clear of this town unless you enjoy being harassed and abused. I wish I could have worked all my life, and not done my job, and been abusive to people, and gotten paid for it. (That was sarcasm). For a real laugh, check out their “Community Policing Policy.” What a joke.

I wish this update had a different end result. Yet, I think most of us here know that was unlikely from the start. While I respect Stephanie for her courage and commitment to seek answers. I feel she’s making a grave mistake failing to document this with video. You don’t have to have an expensive camera and even a smartphone is all that’s required. Not only will the video provide further proof that the police aren’t concerned with policing their own but will also keep her safe. I know I’m not willing to walk into a government building of any kind without a camera. Most certainly not a police station.