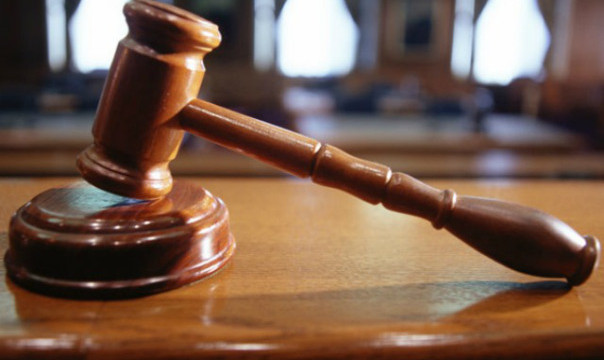 Last Friday federal judge John Lungstrum ruled the SWAT team that raided the home of Robert and Adlynn Harte, on April 20, 2012, had probable cause and their search was reasonable and lawful. The probable cause presented, to obtain a warrant was, visits to a hydroponics store and wet plant material found in their trash cans. The plant material was just tea used as fertilizer but a false positive from a field test led to the family being raided.

The field test applied is incorrect 70% of the time and will register false positive results for cannabis on a number of other plants as well. During the raid the family was held for two and a half hours at gun point while cops dug through their house.

The Harte’s had a hydroponic grow system in their basement and were undergoing a gardening project with their children. Once the SWAT team realized they were dealing with indoor gardeners and no one was cultivating the forbidden Cannabis plant, they left. On the way out, instead of an apology for their mistake, the police gave the Harte’s a receipt stating “no items taken.”

The family’s inquiries, with the sheriff’s department, about why they were targeted, went unanswered. Eventually they hired an attorney and they spent $25,000 spearheading a 2 year legal crusade to obtain the reasons for the raid of their home.

They kept hitting roadblocks and discovered that the Kansas open records law was not nearly as open as it should have been and they felt very strongly about opening that up for public access,” said their attorney, Cheryl Pilate

Ultimately the judgement upheld the constitutionality of the warrant and the raid but the case was not without impact. At the time of the raid, Kansas was the only state that did not provide probable cause affidavits but sealed them completely. Thanks to the Harte’s determination to uncover the truth, legislation was passed in Kansas and probable cause affidavits are available upon request. The lawsuit also prompted the Johnson Co. Sheriffs department to require lab analysis of suspected drug material.

I didn’t think it was right that it took the Hartes a year and $25,000 or more in their own money in legal fees to obtain the information, the probable cause affidavit, that supported the warrant that allowed the Johnson County Sheriff’s Department to come into their home with weapons drawn,” Rubin said.

For their efforts and accomplishments, the couple received the Kansas Sunshine Coalition’s Friend of Open Government award in 2014, along with Rep. John Rubin, R-Shawnee, and Karen Dillon.

The attorney for the Harte’s is going to study the decision and will more than likely appeal the verdict.

Probable Cause has no set definition but is loosely described as reasonable suspicion a crime has been or is about to be committed. Because of the loose definition of probable cause and strictly enforced prohibition, innocent people like the Harte’s fall victim to the government war on drugs.

Every day heavily armed people dressed for a fight barge into people’s homes and dig through their property. If they are wrong -like in the case of the Harte’s- their actions are upheld as reasonable and lawful. After all If you didn’t want to get raided, you wouldn’t grow food inside your house.

If an appellate level court applies any logic when reviewing the case, hopefully the verdict will be overturned. Indoor hydroponic growing is legal and so is having organic waste in your trashcan. The fact that a judge allowed those circumstances to be used as an excuse to send heavily armed men barging into people’s homes is not only disrespectful it’s illegal.

During the #MACtour stop in Kansas City, Ademo and I had a run in with law enforcement in Johnson County, KS. Ademo was arrested for a warrant out of Indiana and spent a weekend in the Johnson County detention center. The arrest resulted in our return to Noblesville where we are currently in a court case over criminal mischief for chalking a public sidewalk with messaged pertaining to police misconduct.