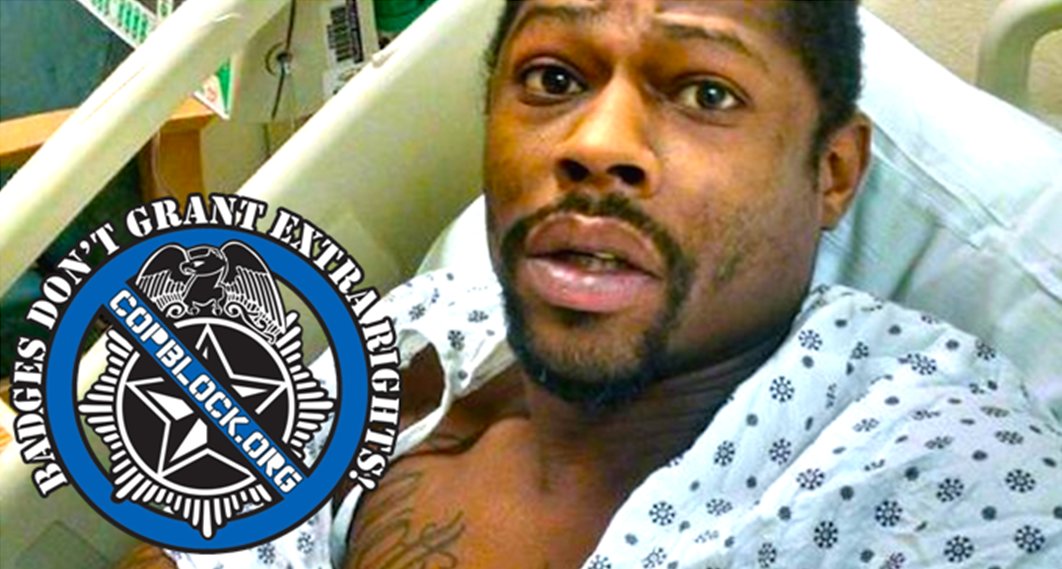 Contradictory accounts of an incident that left a Brooklyn man without a testicle are being relayed by him and his family, and the NYPD.

The NYPD says that they were responding to call of a robbery of a Chinese takeout food deliveryman on Saturday night in Bedford-Stuyvesant, when they spied four men standing outside of an apartment on Monroe St..

Cops maintain that 33-year-old Corey Green ran into a scaffolding after fleeing from officers who had the men standing in a lineup on the street so that the perpetrator could be identified by the robbery victim.

They say the scaffolding is what injured Green’s testicle, but and he and family assert that is not what occurred.

Green maintains that he was playing cards with his friends inside the apartment after getting off work as an exterminator when the cops busted in looking for the suspect with their guns drawn, and then took everyone downstairs.

The victim of the robbery reportedly identified one of Green’s friends and nobody else. Green claims at this point he thought he was free to go since he had not been implicated and began walking away.

This is when Green says the officers grabbed him by the shoulder and neck and threw him to the ground where one of them repeatedly stomped on his genitals.

It was latter determined that Green had an open warrant for drunken driving, and he was taken to a nearby police precinct. He was not charged in connection with the robbery.

While in custody, Green was reportedly complaining of “extreme pain.” He underwent surgery on Sunday at Bellevue Hospital where he had one of this testicles removed.

NYPD Internal Affairs is currently investigating the incident. Green’s lawyer says he is pursing criminal action against the department and is “calling on the Brooklyn district attorney’s office to present evidence to a grand jury.”

“It was inhumane — it was done to inflict a powerful pain,” Green’s father, John, said. “They removed one of his testicles. They stomped his testicles into his stomach.”

John Green did note that officers had asked his son for his ID when he began walking away.

The encounter echoes a 2014 incident in which an Albuquerque, New Mexico law student lost a testicle after an officer kneed him in the groin, shattering it, during a traffic stop.

Apparently testicles are made out of exceptionally tough issues. It takes anywhere from around 150 to 200 pounds of pressure to pop one.

Police handcuffs with dubble locks with 2-keys. shows some wear from use.