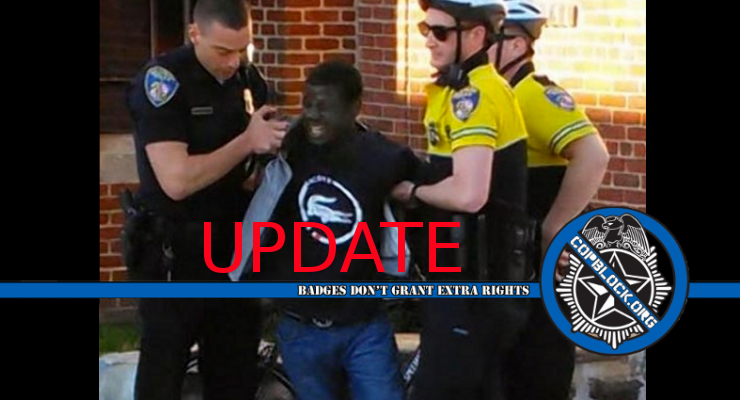 On Monday, Baltimore Police Officer William Porter’s retrial was scheduled for June 13. Last week, a jury deadlocked and Porter’s trial was declared a mistrial. Circuit Judge Barry G. Williams also ruled that the trials for the five other officers indicted for their part in Freddie Gray’s death would go on as scheduled.

The court announced Porter’s new trial date on Monday, after prosecutors met with Porter’s attorneys in Williams’ private chambers to discuss the rescheduling. The court also announced that the trial of Officer Caesar R. Goodson Jr. — the van’s driver, who faces second-degree murder in Gray’s death — will proceed as scheduled on Jan. 6.

However, the new date for Porter’s trial still had to be officially read into the court record, which occurred in an administrative courtroom Tuesday morning. The proceeding, before Circuit Judge Alfred Nance, only lasted a few minutes. “You plan to go forward with this as a retrial?” Nance asked.

Bledsoe was joined by Chief Deputy State’s Attorney Michael Schatzow. The pair argued the case before the jury in Porter’s first trial.

Also there was Porter’s attorney Joseph Murtha. Porter was not there, having waived his right to appear at the scheduling hearing.

Before the proceeding, Bledsoe and Schatzow chatted casually with Murtha.

Porter’s trial date could change, or get canceled, between now and June depending on the outcomes of the other officers’ trials, all of which are scheduled to occur in consecutive order between January and March.