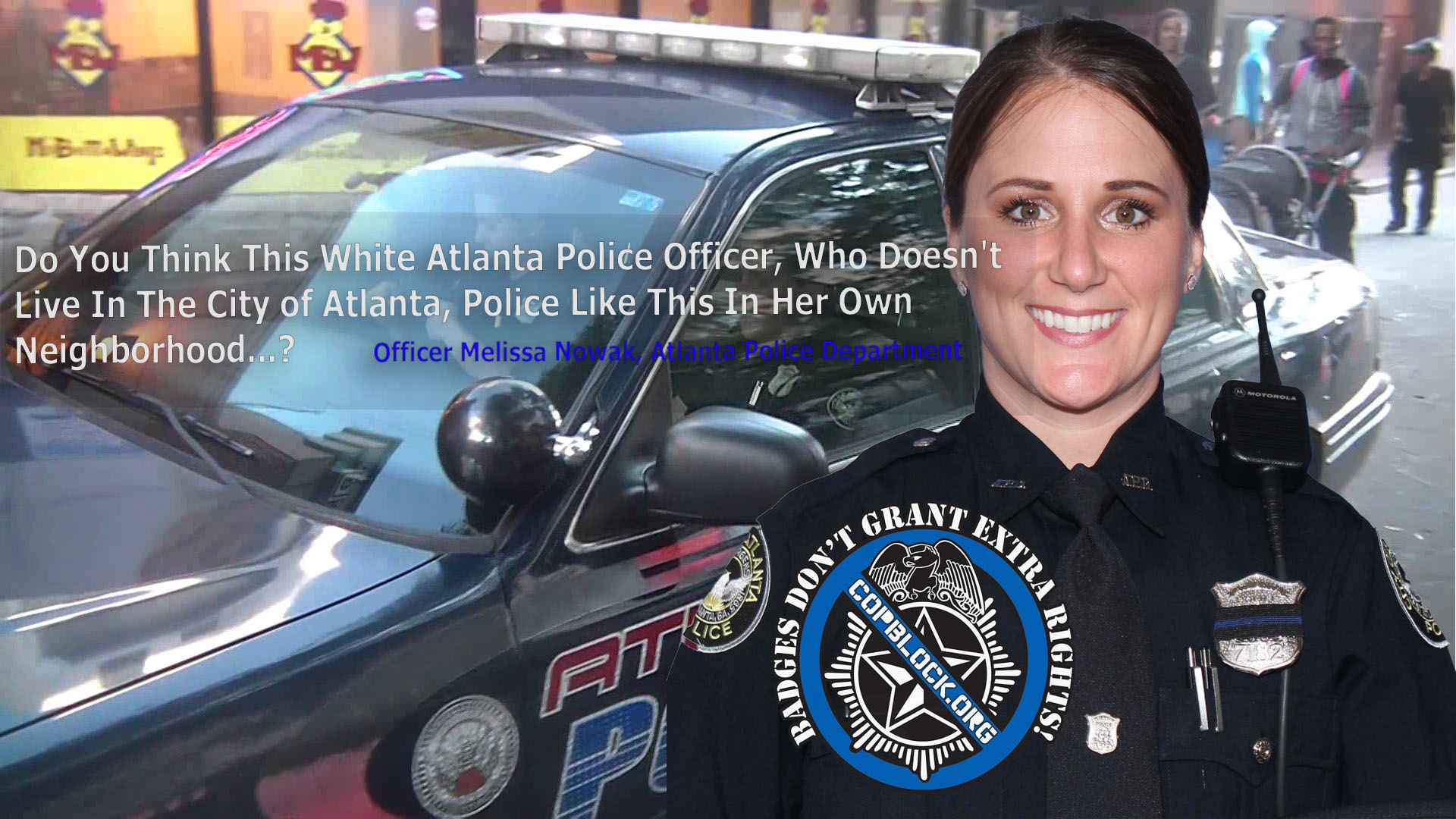 I am an Atlanta based-community activist and advocate who in my spare time walks the streets of The City of Atlanta educating people about their constitutional, human rights and ensuring that rogue out of control cops aren’t out violating people’s rights. I confront officers who beat up and pick on the voiceless. Those who can’t defend themselves against these “thug cops” because either they don’t know their rights or don’t know how to advocate legally for themselves.

After getting fed up and experiencing police harassment myself for months from Atlanta Police Officers David Kim and Melissa “Elizabeth Ann” Nowak. I started getting other citizens to come forward with police harassment and abuse of power complaints about the very same officers. I knew nothing really could be done about these complaints without actual proof. Typically, I am always armed with a full duty belt (firearm, handcuffs, oc spray, body camera) all for my protection

I took the opportunity to observe and film police violating state law and city ordinances. In this video you will see two city officers unlawfully driving their emergency vehicles, obstructing a public sidewalk, harassing citizens and hampering the efforts of those waiting on transportation (car rides, buses etc).

In this clip you see Melissa ‘Elizabeth-Ann’ Nowak and Lindsey Gonzalez sitting in a patrol car smiling as they treat citizens like cattle. It’s important to note that these officers were not responding to a 911 call, an emergency nor were they doing crowd control for a fight or riot. Atlanta police officer Melissa Nowak was simply harassing the community as she’s known to do on a daily basis. When I decided to confront Melissa Nowak, a known “out-of-control, bully, moron cop she is seen laughing because she thought the entire incident was funny.

A couple of  citizens can even be heard on camera saying, “that’s uncalled for” or “that’s illegal.” There is no need for lights and sirens to be activated and it’s unlawful for any person to drive on or obstruct a roadway or sidewalk.

Clearly by her actions, it seems to any normal thinking sane person  that Melissa Nowak believes she is entitled to do whatever she wants and that she has a extra license to harass members of the black community.

Primarily because her sergeant, Sgt. Reginald Pettis does nothing about her conduct. He has received multiple complaints on her in the past, and his willful failure to comply with requests to put an end to Officer Melissa Nowak’s behavior only engineers the misconduct as a whole. It’s important to mention that Sgt. Reginald Pettis (Officer R Pettis) is no stranger to controversy himself. He has been sued in Federal court and complaints sent to Atlanta Police’s Internal Affairs and the Atlanta Citizens Review Board for an array of violations such as excessive force.

is a Atlanta- based community activist/ advocate and the Senior Justice Writer for Cop Block Atlanta. Sir Maejor works in entertainment industry and in the criminal justice system. He isn't just one of those faces who sits around and hope for a change to come, but yet he's one who rolls up his sleeve and starts getting involved to make a difference.