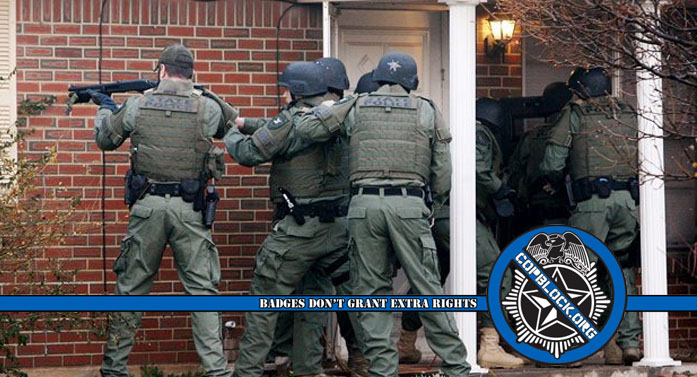 The Department of Homeland security is preparing to raid the homes of hundreds of families who have journeyed to the “land of the free” for better lives. According to the Washington Post:

The nationwide campaign, to be carried out by U.S. Immigration and Customs Enforcement (ICE) agents as soon as early January, would be the first large-scale effort to deport families who have fled violence in Central America, those familiar with the plan said. More than 100,000 families with both adults and children have made the journey across the southwest border since last year, though this migration has largely been overshadowed by a related surge of unaccompanied minors.

The ICE operation would target only adults and children who have already been ordered removed from the United States by an immigration judge, according to officials familiar with the undertaking, who spoke on the condition of anonymity because planning is ongoing and the operation has not been given final approval by DHS. The adults and children would be detained wherever they can be found and immediately deported. The number targeted is expected to be in the hundreds and possibly greater.

The proposed deportations have been controversial inside the Obama administration, which has been discussing them for several months. DHS Secretary Jeh Johnson has been pushing for the moves, according to those with knowledge of the debate, in part because of a new spike in the number of illegal immigrants in recent months. Experts say that the violence that was a key factor in driving people to flee Central America last year has surged again, with the homicide rate in El Salvador reaching its highest level in a generation.

Before I touch on the usual hypocrisy within these government actions I’d like to take a moment to make a few points about immigration.

While immigration has been a hot topic this election year – well, every election year – the real issue, like most, is larger than people moving to a new location. Yet, the government distracts you from that by labeling people who moved here as criminals or illegals. That these people, or at least a large number of them, are violent criminals, a burden to ‘social programs’ (meaning any government assistance, like that of a police officer’s paycheck) or that they’ll ‘take your jobs.’ Yet, that’s not the truth. Sure some MIGHT be criminals or welfare recipients but those are also true for citizens too. Plus such labels are derived from government who’s also capable of holding such labels itself. The truth is that most immigrants simply want a better life and that’s beneficial to us all. As noted in this video below about immigration.

So, back to the 100,000 families that are going to be raided by the Department of Homeland Security. These families fled their homelands due to violence, as noted by the article above, and are now going to be subjected to the paramilitary style police raids of the Unites States Government? Does anyone see the irony in that?  Not to mention, the families that are on this list are the ones whom were trying to go through the processes the government had in place, that’s how they’ve collected their addresses. It’s doubtful that these raids are going to return any of the violent criminals they want you to be afraid of. Instead it will terrorize those who were probably going to have a positive impact.

Furthermore, the government will most likely pay more to capture and deport these families than they would if they merely handed them a welfare check. Not that either is the ‘right way’ to go about it but a point that highlights how the government problem and solution only benefit that idea of the state. Nobody wins in this. The police state is not a cheap entity. With SWAT teams coming equipped with armored vehicles, assault rifles, side arms, kevlar vest, flash bangs and more the cost per raid is sure to be a high one. Aside from the financial costs of raids there’s also a personal one. Raiding people’s homes is a dangerous business and though it’s the targets who experience most of the life lost (see here, here, here and commonly of their pets) in these experiences officers do as well. Statistics prove that someone will die during one of these raids and is any life worth losing because someone simply moved?

Lastly, maybe you feel these raids of families who’ve moved here for a better lives are warranted but I don’t. I wouldn’t voluntarily hand money to someone who said to me, “Ademo, if you pay me $1,000 I’ll go break down that door at 4 am with 7 of my buddies all decked out in the scaries gear you’ve ever seen, round up the family – you know, the one that just moved here without any government assistance and only a hope of finding work, through a desert filled with men with guns trying to stop them – take them to a cage, feed them for a month and then put them on a plane back home.” I’d tell that guy to get fucked. Maybe you wouldn’t but I doubt the price for such services would be as low as it is today per person if each person had a real choice in paying for it. Which means even those of you who are crazy enough to think this is a good idea wouldn’t be able to afford it, so it wouldn’t happen. No matter how badly you thought it was a good idea.

Yet, this is what you get when you allow a bunch of political psychopaths to guide another group of control freaks who think each exists to protect and maintain ‘order.’ When the reality is all they do is protect their own and (try to) control the rest.

What are your thoughts? Should DHS be raiding families who are trying to have a better life? Do you want to pay for this type of ‘protection?’ Let us know in the comments below.

NO KNOCK RAID BY LINDY: