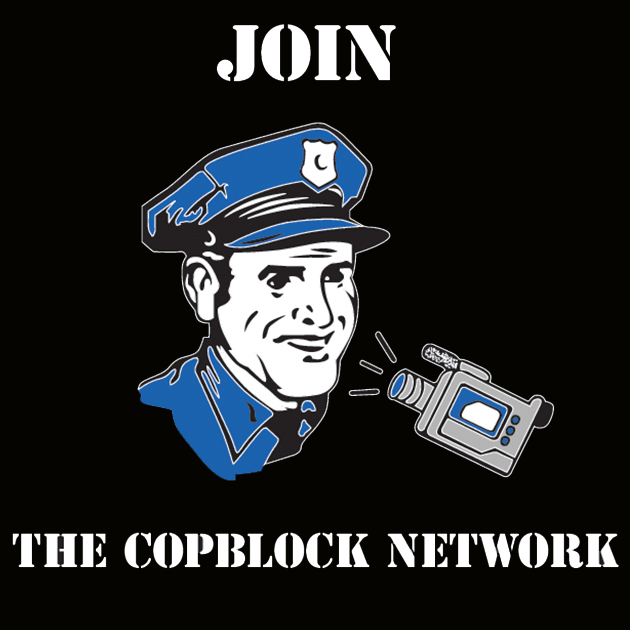 Whether you support accountability and reform or abolition of law enforcement and the power structure that feeds it, one thing should clear: It’s going to take all of us working together to produce change. We’ve posted previous articles about how you can document/interrupt abusive police behavior by filming it, and reduce demand for police services merely by being a good samaritan. The proactive steps you can take to help dismantle the police state are infinite, but here are a few Ademo, Josh and myself, all CopBlock Network contributors, think are especially important to take right now. At the very least, resolve to do something more than you did in 2015. The baton’s being passed to you; take it and run. While statistics regarding the number of people killed by police hasn’t been documented for very long, 2015 was the deadliest year on record with over 1100 deaths. This alone should be enough for anyone to want to record a police officer. Yet, I’ve been filming the police for nearly 8 years and I’ve never recording a police officer shooting someone. You know something else I rarely record? The police issuing tickets for minor vehicle violations or small traffic offenses. And I know that’s because of my camera. The police prefer to be viewed as heroes who bravely run into danger when everyone else runs away. Sadly, that’s not what you see when you record a police officer doing their daily duties and they know it.

This year make a conscious effort to stop and film the police when you see them interacting with someone. It doesn’t take much time (most cops will end the stop within 10 mins of realizing their being recorded) and requires nothing more than a recording device (a simple smartphone or handheld camera will do). Hopefully you don’t record the next police murder like Feidin Santana did but instead keep the officer from issuing meaningless victimless crime tickets. If you feel you’re alone in your area, don’t be so sure. Once people see ONE person recording the police the next thing you know, it spreads and you have 2, 6 and more our filming the police but don’t do it unprepared. Watch some videos (CopBlocker YouTube Channels: my youtube, Brian Sumner, Severin Freeman and CopBlock’s) and visit the CopBlock.org “Resources” and “Film the Police” pages.

Take The Other Position

Resolve to once weekly putting yourself into a mindset containing another perspective besides your own by making an online argument that goes against your actual beliefs, and to back your feigned opinion with earnestness and research.

Often times we are so caught in our own wheels that no new viewpoints can enter. In order to evolve as an individual one must be willing to consider their beliefs might be wrong and challenge oneself. Only by doing so can we find our errors or our mettle. The police state relies on a populace who are unwilling to challenge their assumptions and who will stand by their own erroneous thinking regardless of how much evidence stands against them. Being informed is the most powerful tool against the police state and one cannot be informed without having adopted and discarded all of the opinions that do not add up in the end.

Do Your Duty to Nullify Bad Laws

“It is not only the juror’s right, but his duty, to find the verdict according to his own best understanding, judgment and conscience, though in direct opposition to the instruction of the court.”
– John Adams, 1771

Even if you think the charged person is guilty, it is your constitutional right as a juror to refuse to convict someone of a crime if you believe the law is unconstitutional or wrong, the prosecution is malicious or unfair, or that the punishment simply does not fit the crime. The act of jurors voting based on their consciences is called jury nullification and, despite recent efforts to suppress informed juries, it has a long and noble tradition in the United States. If you get a summons for jury duty, report proudly, and do your part to stop laws that imprison or fine people for victimless and state-invented crimes. You can also inform others of their right to jury nullification through your own personal networks and by handing out brochures from the Fully Informed Jury Association at courthouses.

Be sure to read these tips to help you get selected to serve on a jury.

Register to Vote, Even if You Have No Intention of Voting

This is actually part of jury nullification since many jurisdictions use voter registration rather than motor vehicle records to create jury pools. As a group, registered voters tend to be older, less diverse, and more conservative than the general population, making them much more likely to have unquestioning faith in the police and government in general. This leaves a pool of jurors that is substantially less likely to hold criminal cops accountable and more likely to send people to prison for violating unjust laws. Research how jury pools are selected in your area, and send in your voter registration if that’s what it takes to be a juror.

Flex Your Rights has already been educating people about their rights during police encounters for years. Their new project focuses on providing “universal, real-time access to civilian police complaints data” to activists and lawyers through a simple web application that allows victims and witnesses of police abuse to submit complaints without subjecting themselves to the intimidation tactics employed by police. Complaint information is routinely buried by police agencies, allowing repeat offenders to continue violating rights and even kill. Flex Your Rights is seeking donors and volunteers to collect agency contact information and assist with technical development.

236
SHARES
FacebookTwitterGoogleRedditTumblr
DiggLinkedinStumbleuponMailPrint
You Can Support Cop Block by shoppping on Amazon using the banner below:
BANNERS ARE CLICKABLE