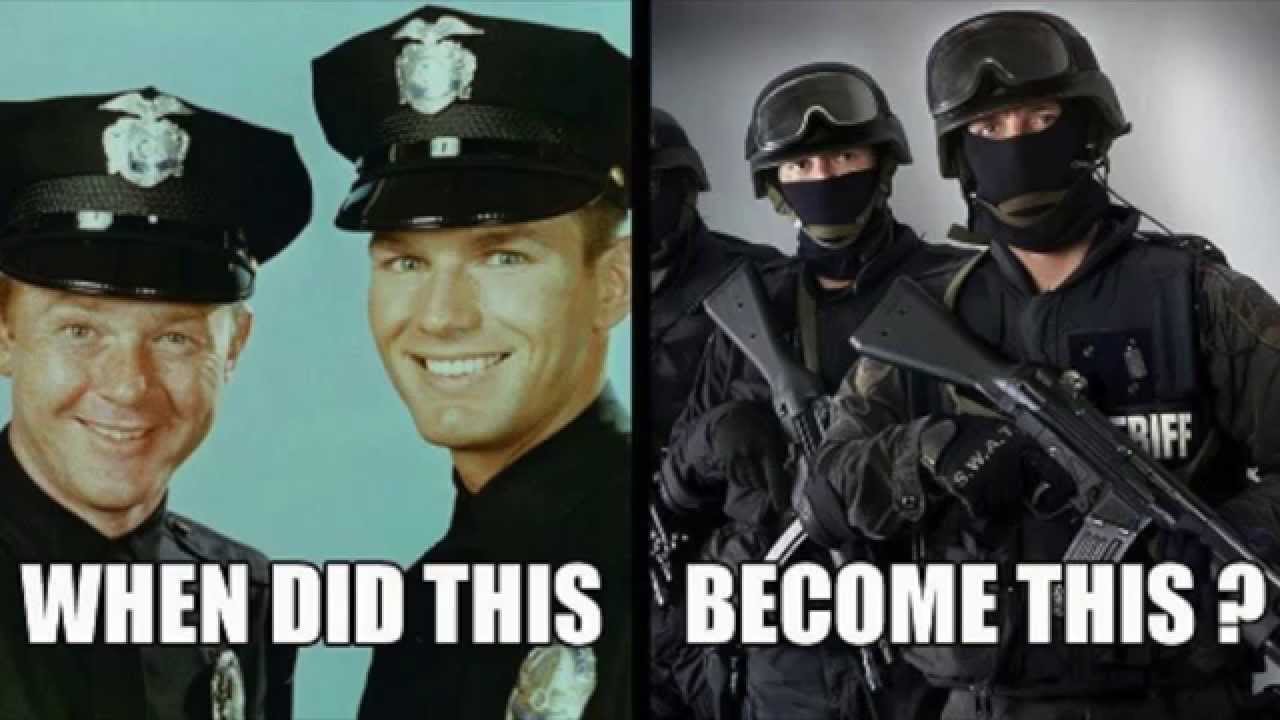 I’m often questioned about my stance on police which is fine — anyone who knows me is aware that I don’t mind sharing my thoughts. Oftentimes during the conversation I’m accused of being a “cop hater” or told that not all cops are bad. I understand the reasoning most people have behind such ideas and how they come to these conclusions; nevertheless, those people are wrong. I’m not a cop hater, but all cops are bad, and here is why.

First, let me say that I don’t believe all police are bad people. Actually, I believe the majority of people in general to be good, and therefore would expect the same ratio in the police profession. However, I feel police are misled via their training and due to the requirements of their jobs, into bad decisions, which reflects upon them as people. I’m hopeful someday police will realize their jobs would be better (pay, safety, benefits, ect.) if provided by the free market instead of the one-size-fits-all system of policing mandated by the government.

My first and most important point when discussing the police is their funding. It seems every police officer has forgotten who pays their salary – people. There is a serious lack of customer service that is supposed to accompany the good or service being provided by police. When you’re pulled over by an officer, again who you pay for – yet are afraid of, police often demand your ID, ask where you’re going and search your persons and/or property. All the while, they demand your compliance (which, if not given, can be deadly) and claim to keep you safe.

In what other business or aspect of life can you talk down to, violate, search property and demand compliance and respect from people who help pay your salary? If a barista at Starbucks treated the customers the same way police do, they’d be fired. The customer would be apologized to and most likely compensated for their troubles. If Starbucks didn’t correct its behavior it would suffer the loss of customers because people wouldn’t pay someone to be treated in that manner.

The second reason police are bad is because they lie – a lot – even to themselves. The police claim it is their job to keep you safe and they risk their lives doing this. This is a lie. First, police have never and will never keep anyone safe. It is not their legal responsibility and courts have ruled in favor of this. Second, most officers value their lives first and foremost while on duty (and I don’t blame them). A quick look at the comments on PoliceOne.com’s Facebook page will prove this. In the example to the right several officers approve of LEO’s who shot a man holding a water nozzle, claiming they’d do the same because getting home to their family is priority.

I understand why LEO’s make such comments; people want to return to their loved ones after work, regardless of their profession. This still doesn’t justify the lack of accountability for officers who break the law. The common defense for such police behavior is because they risk their lives for us – even though a police officer fails to make the ten most dangerous jobs list and the police always carry guns, unlike most people they encounter. Yet, police don’t realize how it’s their employer (lawmakers) who put them in these situations.

An officer’s daily duties require them to violate the rights of others, without question, on a repeated basis (see video – 2min in). Police routinely fine or jail, at taxpayer expense, people whose crimes lack an actual victim. Whether it be for driving without a license, disorderly conduct or illegal drugs, police are the ones enforcing such laws. More surprisingly is it seems they do so only because they are told to, and believe such violations are acceptable to keep others safe (this doesn’t even include officers who blatantly and knowingly abuse their power).

I’ve asked several officers, in light of their willingness to arrest me for putting substances into my body (like marijuana), whether they would also arrest me if lawmakers (against my wishes) made ketchup illegal too. To my surprise, most say yes (2min 6sec into video) while others tell me how silly an example it is because lawmakers would never make ketchup illegal. Police don’t understand that to others, dictating what substance (heroin, acid, or  cigarettes) they can or can not put into their bodies is just as silly as banning ketchup. Not to mention the fact that millions are forced to pay, via taxes, for the expenses incurred to jail these offenders – offenders of their own bodies, I guess. This is something most wouldn’t voluntarily pay for. This is to say nothing of the irony behind being arrested by police, who you pay for, to arrest you for putting something into your own body. Who would voluntarily hire some to arrest him or herself for an act that hasn’t harmed anyone but you, in their mind only?

Still millions of people do and the police don’t even show an appreciation towards them. I’ve gotten birthday gifts, discounts on merchandise, and other things from stores I’ve voluntarily given business to. I’ve never received so much as a thank you from a police officer; instead I’ve witnessed them prey on people simply trying to live their lives. I’ve had police intimidate and cage me for doing nothing more than filming and asking questions.

It’s for these reasons I find that all police are in fact bad for society. I realize there are cases where an officer has gone above and beyond the call of duty, but there are millions of non-LEOs that have too. I tip my hat to all that go out of their way for their fellow man. The fact is until one (or several at one time) truly brave officer(s) break the ranks and forms their own private protection agency, the people will never truly be protected.

Active LEOs should be dreaming of the day where government policing is replaced with individuals and businesses hiring their own protection, and the police business is subject to the values of the free market, where those who provide a service others demand thrive and those who conduct business poorly fail. Those will be the days in which an officer’s time is spent catching people who actually commit crimes against other people and businesses, thus making the  job of protection less dangerous, less stressful, more direct and an overall good to society.

Until then we’ll be stuck fighting over things like what should be illegal, who has the right search your property, and who can carry a gun. This is slave-on-slave violence at its best. 300 million people will never agree on how to police as a whole thus people should be free to hire those they feel can protect and provide them with the service they need. Or protect themselves as they see fit.. but this is where you tell me that private police and people protecting themselves would make our world chaotic. Even though a massive police state is really what’s chaotic.