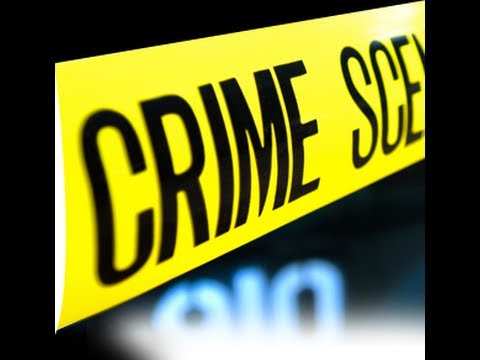 Today I read the post, “In the end, 2105 saw no war on cops and no national crime wave” by Radley Balko. Balko, whom I’ve had the pleasure of meeting several years ago, did a great job of highlighting two points that CopSuckers fail to get. One, that crime is on the downfall and two, so are LEO deaths. As Balko states:

Let’s start with the alleged war on cops. Here’s the latest chart from Mark Perry at the conservative American Enterprise Institute: Based on annual law enforcement fatality data from the Officer Down Memorial Page back to 1870 and through today for 2015, and adjusting for the US population using data from Global Financial Data, this year (2015) is on track to be the second-safest year for US police officers in history (0.1112 gun-related police deaths per 1 million population), second only to a slightly safer year in 2013 (0.097 deaths per 1 million). Gun-related police deaths in the US per 1 million population were about 6 times higher in the 1970s (0.674 in 1971) and 14-17 times higher during America’s War on Alcohol (Prohibition), when it was as high as 1.55 per 1 million in 1921 (the first full year of the War on Beer).

Emphasis added. You’ll find similar results if you look at the deaths tracked by the National Law Enforcement Officers Memorial Fund, where firearms-related deaths of cops are down 20 percent this year from last year — and again, only 2013 was lower. Moreover, the 38 deaths this year include at least one suicide and two cases in which a cop was shot by another cop.

I couldn’t have read that correctly. The police are more likely than ever to make it home? That can’t be? CopSuckers like those who comment at Civilians Against CopBlock’s Facebook page are routinely saying how dangerous of a job police have. How a police officer shouldn’t have to wait to verify a weapon because if they did they would be dead. If these commonly restated “facts” aren’t actually facts, what does that mean? Does it mean these people are lying to protect the cops because they know the truth? Or have they just bought the bullshit they’ve been feed their whole lives about how cops are heroes and fail to see the facts?

I’m guessing that they bought the bullshit. Bullshit the regular readers here know about already and many others are waking up too. See we already knew that people aren’t out aggressing against cops at anywhere near the same rate that police do. In fact, Balko talks about overall crime too in his post stating;

So what about the overall crime rate? Here’s an excerpt from a press release sent out yesterday from the group Law Enforcement Leaders:

Amid misleading reports on increasing crime, Law Enforcement Leaders to Reduce Crime and Incarceration—a group of 150 of the country’s most prominent current and former police chiefs, sheriffs, district and state’s attorneys, U.S. Attorneys, attorneys general, and other law enforcement leaders—has issued the following statement. Members of the group include the leaders of the New York City, Los Angeles, Washington, D.C., and Houston police departments . . .

“Crime in the U.S. is at an all-time low across the country, and we expect it to stay that way,” said Ronal Serpas, Chairman of Law Enforcement Leaders to Reduce Crime and Incarceration and the former New Orleans Police Superintendent. “Despite some misleading reports about a surge in crime rates, the data show just the opposite. In fact, as recent studies show, the overall crime rate will be lower this year than it was last year, and half of what it was in 1990. Some cities have seen a rise in murder, but these are isolated incidents—not a new crime wave—which local leaders are taking steps to address.

“At this moment of rare national consensus that incarceration levels in this country have reached a crisis point, we cannot let sensational headlines slow the momentum to reduce unnecessary incarceration. As public officials charged with keeping all Americans safe, we’re counting on real reform to help us focus our resources most effectively and continue to keep crime at its historic lows across the country.”

Here’s the most thorough of those studies, from the Brennan Center. Even the New York Times, which last summer helped drive fears about an alleged national crime wave with a (much criticized) front-page article about urban crime, is backing off.

Yet, this seems to be backwards because if crime and officer deaths are down then how are more people being jailed and killed by police than ever before? Are the police just that good at catching criminals that no one wants to be one? Or maybe the police have found less dangerous ways to cart people off to jail?

Of course neither of those are the reason.

The reason why less crime is being committed and more people are in jail is because we actually live in a police state! The police extort, cage and murder anyone who doesn’t comply with their demands every single day. Crime naturally goes down (because people will take action), the officer’s job was never that dangerous to begin with and you still have more laws, taxes and orders to obey if the police come a knocking.

Hopefully this helps many to see that they don’t need to live in fear from those the police say they protect you from. Those people are not nearly as violent nor do they steal as much as those who wear a badge do.