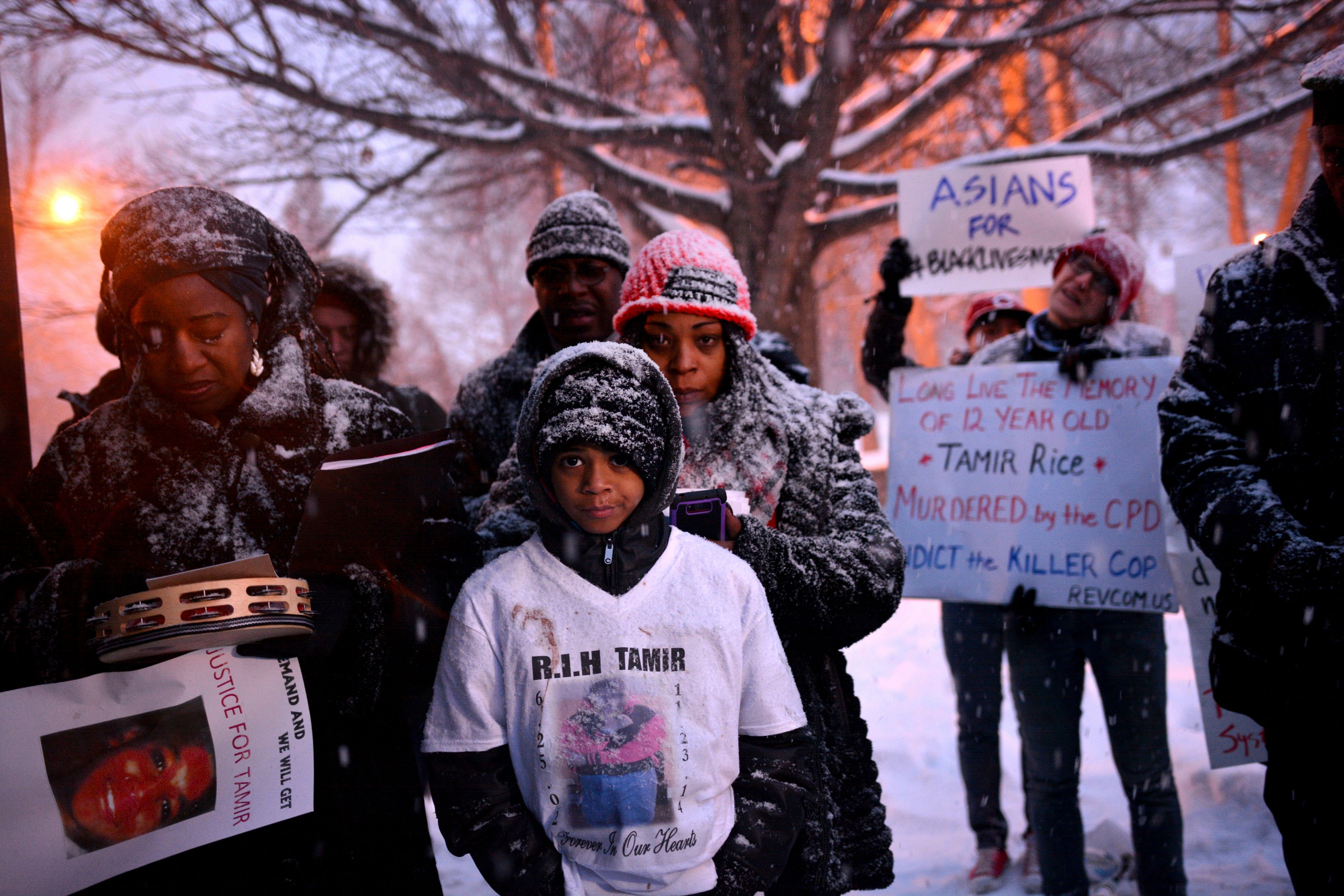 As was already reported by CopBlock Network Contributor Dylan Donnelly, it was announced yesterday that a Cleveland grand jury had failed to indict Officer Timothy Loehman or Officer Frank Garmback for the murder of 12 year old Tamir Rice on November 22, 2014. Nothing about that should actually be surprising since the inherent bias of grand juries and the secrecy that is built into them, which obscures and facilitates that bias, are overwhelmingly used to ensure that police and other government officials are NOT indicted for their crimes. The true purpose is to protect, not prosecute those within that system.

Equally unsurprisingly, Tamir Rice’s mother was not happy or satisfied with the grand jury announcement. Later in the day, Samaria Rice released this statement addressing the non-indictment:

My family and I are in pain and devastated by the non-indictment of officers Timothy Loehmann and Frank Garmback for the murder of our beloved Tamir. After this investigation—which took over a year to unfold—and Prosecutor McGinty’s mishandling of this case, we no longer trust the local criminal-justice system, which we view as corrupt.

Prosecutor McGinty deliberately sabotaged the case, never advocating for my son, and acting instead like the police officers’ defense attorney. In a time in which a non-indictment for two police officers who have killed an unarmed black child is business as usual, we mourn for Tamir, and for all of the black people who have been killed by the police without justice. In our view, this process demonstrates that race is still an extremely troubling and serious problem in our country and the criminal-justice system.

I don’t want my child to have died for nothing and I refuse to let his legacy or his name be ignored. We will continue to fight for justice for him, and for all families who must live with the pain that we live with.

As the video shows, Officer Loehmann shot my son in less than a second. All I wanted was someone to be held accountable. But this entire process was a charade.

I pray and hope that the federal government will investigate this case.”

Samaria Rice is very much correct in her understanding of the corruption within the “justice” system itself. She also pretty accurately describes the aforementioned nature and flawed process of the grand jury. However and regrettably, she seemingly fails to realize that the Federal Government, if they even bother to investigate, will give her no less of a charade. While it’s understandable why she would hold out hope for a better result, the end will be both predictable and similar.

It’s not just the local system that has created the circumstances resulting in the extra judicial execution of her son, nor are the cover-ups that have enabled such crimes by police to continue and increase in frequency limited to Cleveland or the State of Ohio. Placing faith in another side of the same coin is a recipe for continued disappointment.