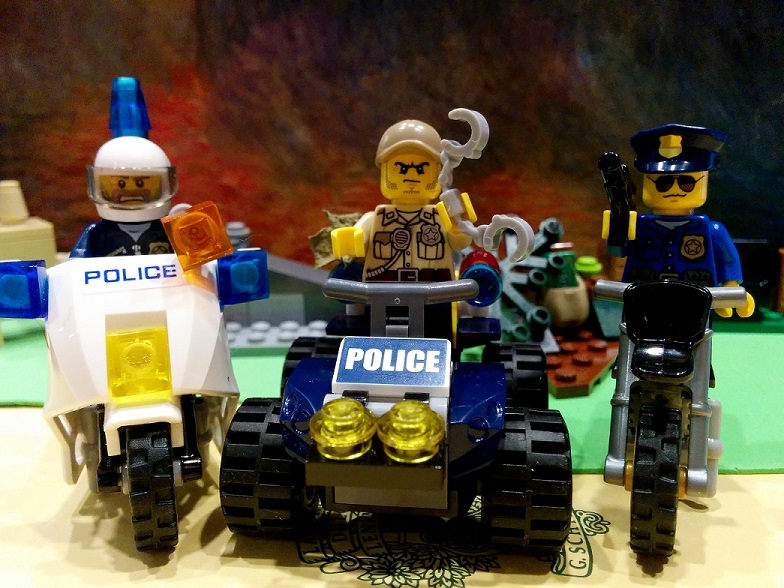 In most of these situations, the shootings were found to be justified, which should come as no surprise. In the absence of extraordinarily egregious behavior that triggers the attention of the FBI, police departments typically investigate themselves and clear themselves of wrongdoing. Many departments have not released the names of the officers involved in fatal shootings this year, and have not provided complete details. The Washington Post requested information on 743 deadly police shootings between January and September. Law enforcement agencies responded to only half of these requests. This makes it essentially impossible independently undertake further investigation. Even the staunchest police reporters should have cause for concern here. As the police themselves like to say, if you haven’t done anything wrong, what’s there to hide?

A high rate of fatal shootings for any individual officer could be backed by reasonable explanations. For instance, officers regularly assigned to high-crime or even high-homicide areas might be more prone to find themselves faced with such situations. Even so, the circumstances necessarily raise questions and warrant additional investigation.

Ultimately, the root of the problem is neither training, nor the fact police are permitted to investigate themselves through an Internal Affairs department. Certainly, these are problematic. There are police departments using pictures of children and pregnant women for target practice to ingrain in them the idea that anyone can be a criminal or a terrorist. Police departments across the country are increasingly being given military-grade equipment, including tanks and drones, and increasingly believe themselves to be at war against the general populace. These are indisputably concerning aspects of police “training.” And it goes without saying that there’s a conflict of interest anytime a department investigates its own members, but issues of “training” and “conflict of interest” are only superficial problems.

Fixing these would be equivalent to slapping a Band-aid onto a bullet wound. There’s a reason law enforcement agencies evolved to their current status – governmental immunities, government funding, public support, among others. Changing superficial elements, at best, would only temporarily improve policing problems before the state of affairs gradually and inevitably descended back to what it is now.

The root of the problem is much simpler – that of taxation. The current state of affairs is permitted to exist because people have no choice but to fund abusive, secretive, and corrupt law enforcement agencies. There is no incentive to undertake more rigorous and honest internal affairs investigations when public funding is guaranteed, and there is no threat of losing business, being shut down entirely, or facing bankruptcy due to poor practices.

All the training, education, and investigation reforms in the world could not have the impact of allowing people who are dissatisfied with their local security forces to simply withdraw their financial support. If people funded security forces only on a voluntary basis, it’s likely that very few, if any, would freely turn over their hard-earned paychecks to foot a monthly bill for expensive prisons, a vast military industrial complex filled with non-violent offenders, and police officers who kill people for being suicidal, holding toy guns, or running in the other direction.