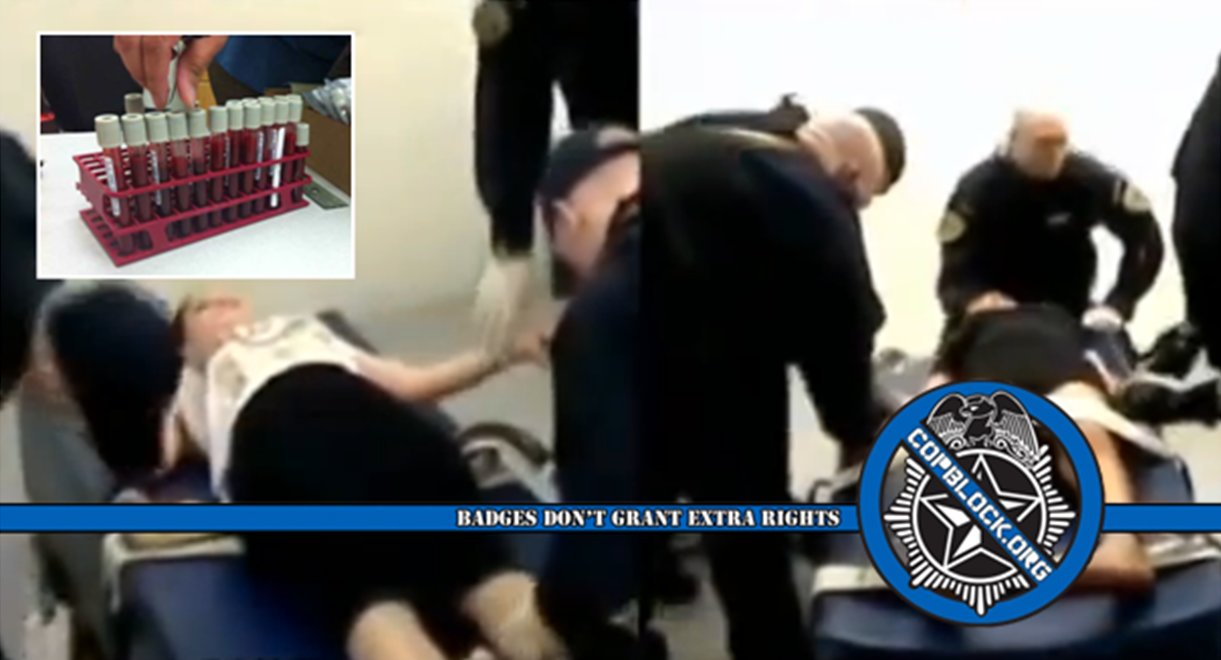 As major U.S. cities implement a police state amid New Years Eve terror fears, police in some states around the country are gearing up for and already implementing “no refusal” DUI checkpoints.

In New York City, more than 6,000 cops armed with rifles, radiation detectors, and bomb-sniffing dogs are descending upon Times Square as more than a million revelers watch this years ball drop. An additional 1,200 probationary cops and plainclothes police will also be infiltrating the crowds while working undercover.

Fourteen checkpoints surround the square, where citizens must submit to body inspections and secondary screening before being allowed to watch the festivities from one of 65 massive spectator pens surrounded by officers.

Elsewhere around the country, individuals are experiencing apprehensions on the road ways because they may find themselves in an encounter with a so-called “no refusal” checkpoint.

Legal experts say the name is facetious. Anyone can refuse a breathalyzer or chemical analysis test being demanded by officers at a checkpoint. What differentiates “no refusal” checkpoints from others however, is the ramped up process in which those that legally refuse are taken before a judge.

During this process, a search warrant for a blood or urine sample will be submitted by officers to the judge, who will determine if there is reason to suspect a driver is drunk. If a warrant is obtained and the driver still refuses to comply with requests for a chemical analysis, he or she may be physically restrained in order to have their blood forcibly removed from their body.

In Tennessee, the state Highway Patrol will be enforcing a “no refusal” traffic safety policy from New Year’s Eve to January 4. Forced blood draws began in the state during 2009, but only in cases of vehicular assault. In all other circumstances, the extractions were not compulsory, and could be declined.

That changed in January 1, 2012 however, when a new law took away the choice of DUI suspects to refuse blood draws in favor of having their license suspended. Since then, warrants have been rubber stamped by judges to forcibly extract blood from any driver they decide may have been drinking.

In Austin, Texas, police have been enforcing a “no refusal” DWI enforcement initiative that started on Dec. 18 and lasts until Jan. 3. As of Monday, 127 people had already been taken into custody with 48 choosing to take a breathalyzer test and 14 consenting to a blood draw. As many as 65 people did refuse to consent however, and had their blood forcibly taken.

Texas police have been at the forefront of implementing no refusal programs – usually on behest of the federal governments National Highway Traffic Safety Administration. In Austin, cops even want to make “no refusal” a full time policy.

If they are anything like we have seen in the past, the mandatory blood draws involve strapping terrified and screaming suspects onto tables, where they are held or tied down and jabbed with needles. To see the practice in action, watch this special report that emerged from Georgia in 2013:

In Louisiana, state police conducted the no refusal checkpoints this week but ended them yesterday. The practice draws controversy every time its in the headlines, but since the U.S. Supreme Court ruled in 2013 that officers must try to get search warrants before ordering blood draws – thus not making them “mandatory” – the practice has been considered to be constitutional.

“As much as it pains me to say this, if conducted pursuant to a valid warrant, the drawing of an individual’s blood at a “No Refusal” checkpoint would be constitutional,” ACLU of Mississippi Staff Attorney Andres Wallace said following no refusal operations that occurred in his state during 2014.

To this blogger, it makes no difference what men in robes say about the validity of how enforcers of the political class may victimize the populace. The practice of forced blood draw, “no refusal” checkpoints is inhumane, unconscionable, and a violation of our most fundamental liberty: self-ownership. It is rape by the strictest sense of the definition – an intrusion upon the physical sovereignty of ones own body.

“Although No Refusal campaigns are constitutional, I am still very concerned about an individual’s inability to refuse,” Wallace added. “Why am I being forced to submit to a bloodtest?  There seems to be other means of achieving the goal of deterring drivers from driving intoxicated. Drawing blood seems like an extraordinary measure – where other less intrusive methods are available.”