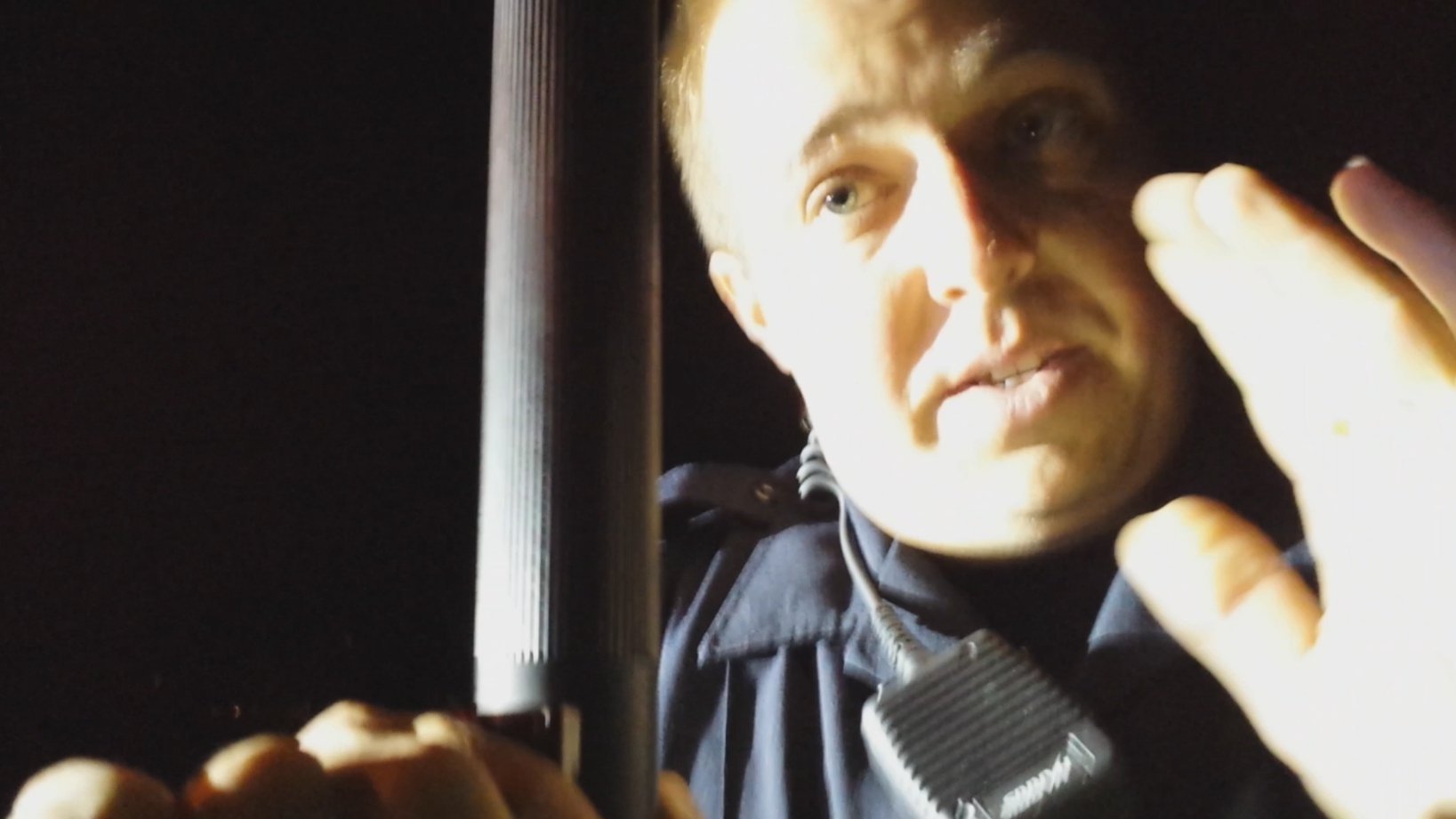 This post was submitted by Carrollton Speed Tax and is an update with video from this previous interaction. If you have a story about police, please, share it with us by using the submit tab or by joining the CopBlock Network.

On October 19th, my daughter and I were heading home with dinner, after a PTA meeting at the school, when I got a call from my son that he needed help finding the home of a lost dog. He had been searching for quite a while and the Carrollton PD was of no help. In fact, he had come across Officer Mershon who made him feel like he was doing something wrong in trying to find this dog’s home.

After dropping my daughter and dinner off at the house, I set out to help my son with the dog. Shortly after heading out, I saw a police SUV pulling up to the front of a house in my neighborhood. I stopped with the intention of asking for help, however the officer (James Mershon) went inside the house and I decided to continue with my business. I drove past Officer Mershon’s SUV and made a U-Turn. As I did Officer Mershon decided to shine his flashlight directly in my eyes while I was driving. I stopped, and stated that he didn’t need to blind me. We exchanged a few words and I went about my business.

Officer Mershon chose to leave the investigation of an actual crime and chase me down even though I had done absolutely nothing wrong. He immediately demanded my driver’s license, to which I refused. This escalated rapidly, and Officer Mershon arrested me for “Drivers License, Failure to Present”.

This whole thing was a ridiculous turn of events. It’s not the police’s job to take a perfectly innocent citizen in his own neighborhood, and make an arrest from it. While Texas allows for police to demand drivers license, it is NOT a tool to circumvent federal law preventing unlawful search and seizure. This video clearly shows intent, and in no way was Officer Mershon using the law as intended.

This video breaks down the arrest, and all the things Officer Mershon did under color of law which includes false statements and multiple rights violations. If you ever wondered if the police were all good guys, and would never do anything outside the lines of honesty and the law, then this video should confirm any and all concerns you may have.

In the video you can read portions of Mershon’s report for the interaction. He clearly blames the war on cops or as he called it a “rising national trend of officers being ambushed and killed on patrol,” for his apprehension of a silver mini van driving slowly past him and making a U-turn. Even though he claims the stop was based on the fact that the driver didn’t signal before turning, it’s never mentioned in the report.

If you believe that Mershon had no reason other than his own fear (because as posted on CopBlock.org, the “War on Cops is a Myth“) to initiate a stop and made up a story to justify his actions please call the Rex Redden the department chief of police and personally voice your disapproval of the actions of Officer Mershon. If you are unable to call but can use social media, feel free to leave a complaint on the department’s Facebook or twitter accounts.

If you do reach out, know that Rex Redden, the Carrollton police chief, sold a house with a history of flooding problems. He purposely failed to  disclose the information to the new owners and was sued for fraud. In 2012 a federal judge ruled that Redden owed $104,000 to the new owners, as well as, $45,000 in legal fees. Since the ruling was passed he hasn’t made an attempt to pay his debt. The attorney for the new owners tried to collect the debt but is unable to because his home care and wages are exempt from seizure. Imagine that, a cop who won’t enforce the law while at the same time is protected by it… Ironic.