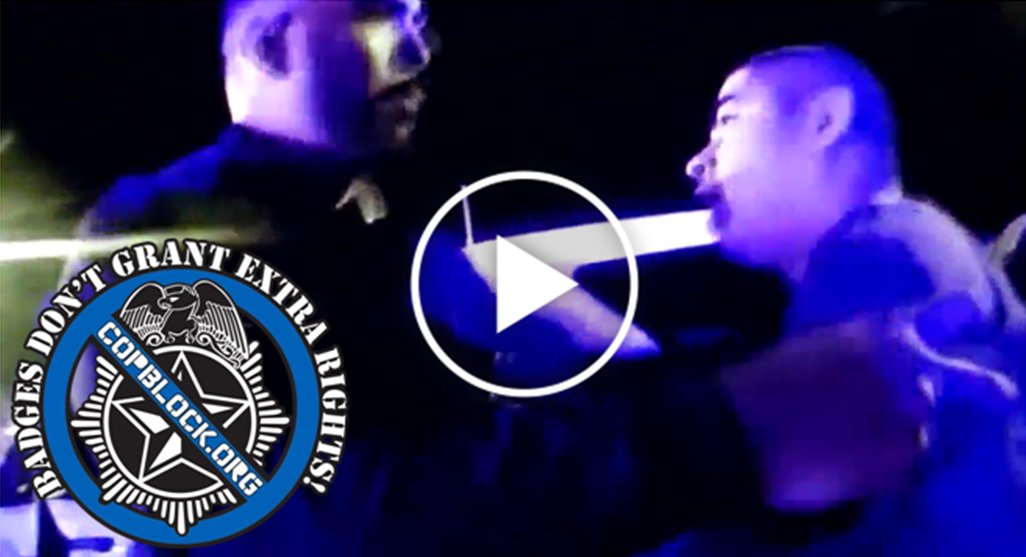 A San Juan, Texas police officer that was suspended after another cop’s body-cam showed him knee a handcuffed man in the balls, has been fired, city officials say.

On Dec. 14, officer J.P. Galindo was responding to the scene of a man being arrested for resisting arrest and assault on a cop. San Juan police Chief Juan Gonzalez said the original call officers received involved a runaway person.

As the officer arrives, the body-cam footage shows the already handcuffed suspect being led to a police SUV. The footage shows officers considering putting the man into one vehicle before Galindo is seen pulling up and the cops choose his SUV instead.

Galindo exits the vehicle and opens the rear drivers side door for the suspect. As the man is being put in the back of the SUV, he can be seen saying something to the officer before Galindo responds by grabbing him by the shoulders and kneeing him in the groin.

The man then falls to the ground and begins screaming in pain as the cops place him inside the vehicle. Galindo, a six year veteran, was suspended with pay for “excessive force” immediately following the incident and was fired by Gonzalez on Thursday.

Chief Gonzalez acted quickly and did the right thing. He said an internal investigation was launched following Galindo’s suspension, and welcomed the new addition of body-cameras to his department.

“That’s the whole reason body worn cameras were installed here,” Gonzalez said. “To look at these incidents from a different perspective, an independent perspective… I got zero tolerance for that type of behavior and I think it’s important for us to take appropriate action.”

It is not yet clear if Galindo will face criminal charges or a civil lawsuit in the case but Gonzalez said in December that his department is “consulting with other state agencies and the district attorney’s office… to make sure how to proceed.”

Hidalgo County prosecutors have not commented on the video.