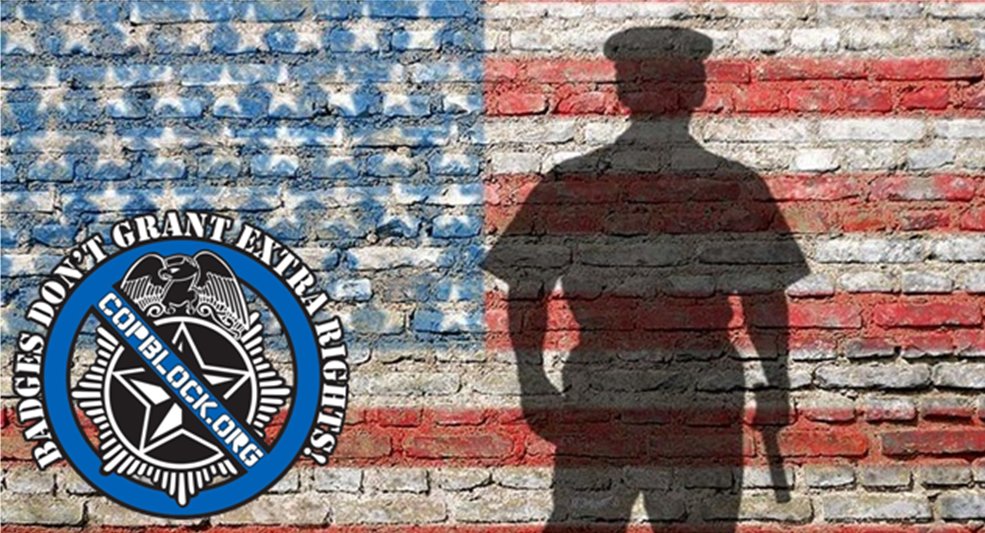 2015 saw several high-profile killings of officers around the county, leading police supporters and pundits the nation over to rail against a perceived “war on cops.” But what was the truth of the matter?

According to data collected by the National Law Enforcement Officers Memorial Fund, which tracks police deaths, there is no upward trend in the killing of officers. In fact, the data shows the exact opposite. The number of police officers killed by citizens is actually decreasing relative to the last couple of decades.

Fifty-two police officers were killed as the result of criminal acts in the United States in 2015, with another 72 dying because of non-criminal circumstances. This brings the total number of officers who died in the line of duty last year to 124.

Most officers died in traffic-related incidents however: 35 from vehicle crashes, 11 who were struck and killed outside their vehicles, and six who were killed in motorcycle crashes. Only 42 officers died from gunshots, down from 49 in 2014.

Additionally, when looking at long term trends, cop deaths have decreased dramatically over the last several decades. According to the Memorial Fund’s data, fatalities among law enforcement officers have took a noticeable decline since the 1970s. By contrast, according to data compiled by the Guardian, at least 222 unarmed individuals were killed by police in 2015 with at least 1134 people killed in all – though obviously many of the killings can be deemed “justified.”

With last years narrative of the fake “war on cops” waning, officers actually took to shooting themselves and blaming it on “suspects,” which led to manhunts, fomented outrage toward police accountability advocates, and further advanced the narrative that cops were being gunned down left and right.

In other words, the perpetuation of the “war on cops” was simply a propaganda lie that sought to placate the reality that there is really a police and surveillance state war on you.

As of 2014, 8,000 local law enforcement agencies participate in the Pentagon’s controversial 1033 program. The program has transferred over $5.1 billion in military hardware including armored personnel carriers built specifically to resist roadside bombs, amphibious tanks, and drones from the Department of Defense to local American law enforcement agencies since 1997.

A study released last year, by the American Civil Liberties Union, confirmed that with the help of equipment and strategies imported directly from the United States military, police have become dangerously and unnecessarily federally militarized.

The report, entitled War Comes Home, looked at 818 SWAT incidents from July 2010 to October 2013, that were carried out by more than 20 law enforcement agencies in 11 states. Seven cases were found where civilians died in connection with the deployment of the SWAT teams, two of which appeared to be suicides. An additional 46 civilians were injured as a result of officer force.

The study found that not only are people dying and being injured by police teams deploying war-time tactics; there are also many accompanying lesser transgressions. For example, the growing use of battering rams to smash down doors, which routinely causes property damage to homes.

SWAT teams, a 1960s invention, were initially utilized by officers to help react to perilous situations like riots and hostage takings. In recent years however, they have developed into something entirely different.

The study found that the majority (62 percent) of SWAT team deployments were for drug searches. Likewise, 79 percent involved raids on private residences. In fact, only about 7 percent were used for incidences the technique was originally developed for.

“Law enforcement agencies are increasingly using paramilitary squads to search people’s homes for drugs,” the study reads. “Neighborhoods are not war zones and our police officers should not be treating us like wartime enemies.”