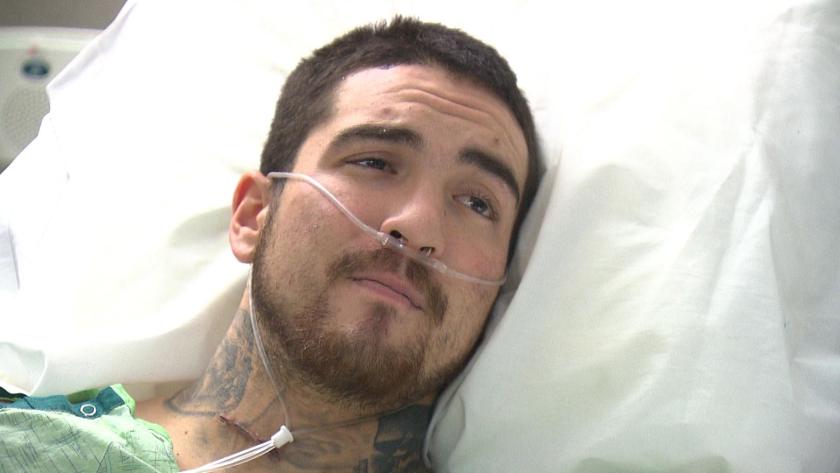 The Colorado Bureau of Investigation has launched a probe in order to ascertain wether officers from their department had used excessive for when responding to a call from a family member about the drunk MMA fighter.

Donavon Duran was arrested on December 7, 2015 for drunk and disorderly conduct. He alleges that the officers used excessive force during the arrest inflicting serious neck injuries and partial paralysis. After officers brought him to the Arkansas Valley Medical Center the two officers tackled him and beat him even though he was restrained with handcuffs.

They tackled me to the floor,” he said. They put all their pressure on top of me with their knees. They put their knee in my back. I can’t feel anything below my waist, I can’t stand on my own.”

When a Dr. asked Duran to get up, Duran told him he was unable to stand. The Dr. proceeded to lift him and drop him. He fell straight to the floor.

I finally started feeling weaker and weaker and my neck started hurting,” said Duran. “I knew something was wrong and I told them I couldn’t move. They didn’t believe me. The doctor lifted me up and I fell to the floor and my legs went in different directions.”

No charges were filed against Duran and a spokesperson for the Otero combined court confirmed there is no record of a case against Duran.

The request for a CBI investigation was made by the 16th Judicial District Attorney’s Office of La Junta. The CBI investigators will present their findings to Jennifer Swanson, the district attorney for the 15th judicial district.

A press release issued by the CBI confirms that the officers involved are on administrative duties pending an official conclusion to the investigation.

In preparation for civil action against the La Junta department and the city, Duran retained the McDivitt law firm. A spokesman for the firm declined to provide an update about the lawsuit. The key information will come from the officers body cameras and the footage from hospital surveillance cameras.

Attorneys are trying to figure out how a detainment for public intoxication turned into a beatdown that left their client paralyzed.

“When he’s already got his hands behind his back and he’s handcuffed, something is wrong in the police department where he’s paralyzed from the waist down,” said Mike McDivitt, one of Duran’s attorneys.

Donavon Duran had a promising MMA career ahead of him. The 24 year old lost his first fight after being knocked out by Edgar Urias but is ranked #57 in the Kansas professional featherweight division and  ranked #316 out of all midwest featherweights.

Hopefully the injuries sustained at the hands of these violent thugs will not keep him from returning to the octagon, pursuing his dream of being of rising through the ranks and attaining the title of champion. If Duran does not recover from his injuries, I see a lucrative law suit in this young fighters future.

This is just another example of police who will employ deceitful tactics in order to cover up their actions. Often times departments won’t review complaints against their officers and this makes it even easier for officers to get away with criminal action. If the complaints are taken seriously, usually there is objective evidence or the incident was so severe, that whoever filed the complaint also retained a lawyer.

The next time you see a police interaction regardless of how minor you believe it is record it. Your actions may be the difference between officers being able to cover up misconduct and never committing it in the first place. Together we can make 2016 a safer year for everyone by FILMING THE POLICE!