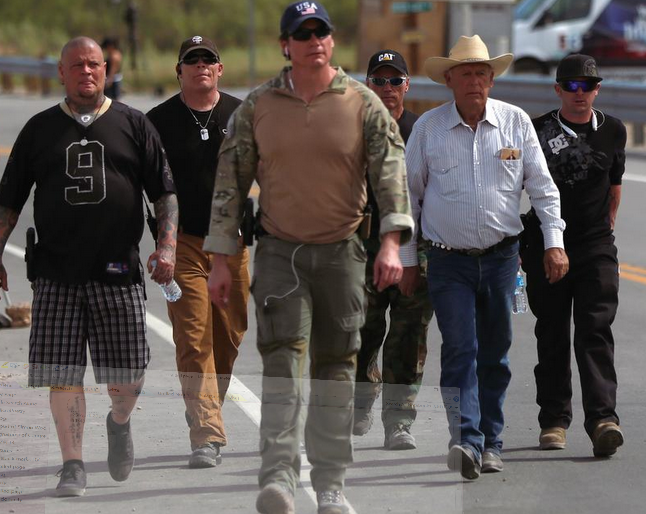 Approximately 150 Armed Militia members along with Ammon Bundy and two of his brothers, Ryan and Mel have peacefully occupied the Malheur National Wildlife Refuge in Oregon to use as their Headquarters. They are inviting more armed Patriots to join them and mention that they have warm lodging. The militia occupation occurred after this afternoon’s protest that drew a crowd of over 300 participants.

This is the beginning of the armed standoff with the BLM that has come in and weakened Harney County.  As we reported yesterday the protest is centered around the Hammond family who have been victimized.  Militia member Blaine Cooper compares the overreaching government to the bullies in school and adamantly states in the video, ” Until that line is drawn to say we’ve had enough of this tyranny, you are not going to leave us alone it will not change. It doesn’t have to stop here, this could be the hope that spreads through the whole country, the whole United States. Everybody is looking at this hope because the Government has beat us, oppressed us, and took everything from us, they will not stop until we say NO!”

Ammon Bundy leads off the video with “We’re going to be freeing these lands up and getting ranchers back to ranching, getting the loggers back to logging, getting the miners back to mining. Where they can do it under the protection of the people and not be afraid of this tyranny that’s been set upon them.” This might just be the start of the American awakening, with the way it should be, they way it was designed by our founders. The Militia is mentioned in the Constitution, not the BLM or Police State, ‘We the People’ is the best solution to hack away these long totalitarian tentacles that the federal government extends into the lives of the people they serve.