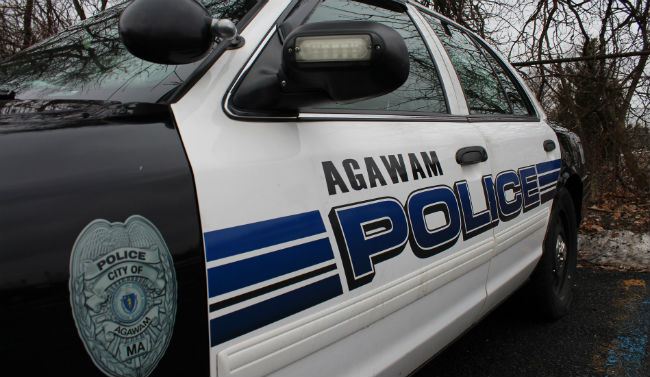 The video and text below was sent to CopBlock.org via the submssion tab by Ben Maddison. The story is in regards to an arrest that took place in 2012 that has never been given its due justice. According to Maddison:

I was arrested on disorderly conduct. What I recorded and what the cops said were exact opposites. I respect cops but this has made me rethink my respect for what they do. This was inappropriate and wrong. They are still continuing to harass myself and my family. I tried to file a complaint with the police department and they declined an internal investigation. I also went to the mayor’s office and they tried to do the same thing. That town is messed up.

Before we talk about Agawam Police Officer Connor’s report missing all mentions of his aggression towards Maddison, I want to discuss the original call to police. The caller claims that he’s going to kill Maddison, who was merely waiting for his friend to arrive, if he doesn’t leave or police don’t arrive first. Even says, “before I go out there and kill him. And rip his eyes out of his fucking head, can you have someone send a car down here?” In many areas that statement could catch you a charge of criminal threatening but not when you’re friends with the dispatcher.

While the demeanor of the caller is troubling, the dispatcher’s response is also something to be concerned about. The dispatcher should have calmed the caller down and stated that the person was not suspicious and has a right to be on public sidewalks/roadways. Instead, the dispatcher laughs off the threat of violence from the caller and sends Officer Connor to the scene. Let’s not forget that Maddison was also at the neighbor’s house and not the callers. Bringing to question why the caller was concerned with Maddison in the first place.

For those who didn’t notice, the audio after the dispatch call in the video above is of the man who called the police and Maddison arguing. For some reason the caller decided to go outside and confront Ben before the police could arrive. You can hear the caller repeatedly threaten Ben by asking him to hit him but Ben declines stating, “it’s not worth my time.” It seems that the caller is encroaching on Maddison’s personal space too because you can hear him say, “get out of my face” repeatedly.

Furthermore, when Agawam Police Officer Connor showed up he did nothing to assess the situation and Of course that’s not what Connor wrote down in his reports (see pic right). Connor claims to have approached the subject and told him to quiet down. He mentions that he asked him again and again before finally arresting him. All of that is clearly a lie.

While the audio recording helped to get the charges dropped the police and mayor’s office were less concerned when Maddison attempted to file a complaint. The police claimed there was not enough evidence to justify an investigation and the mayor’s officer refused to get involved in police business.

This is the world we’ve come to live in. Where people will call the cops for someone standing outside, where cops arrive on scene an effect an arrest based on half the story, where cops lie on reports and people have to go around with recording devices at the ready to avoid being abused by a system that’s supposed to protect them.

What the hell has happened???