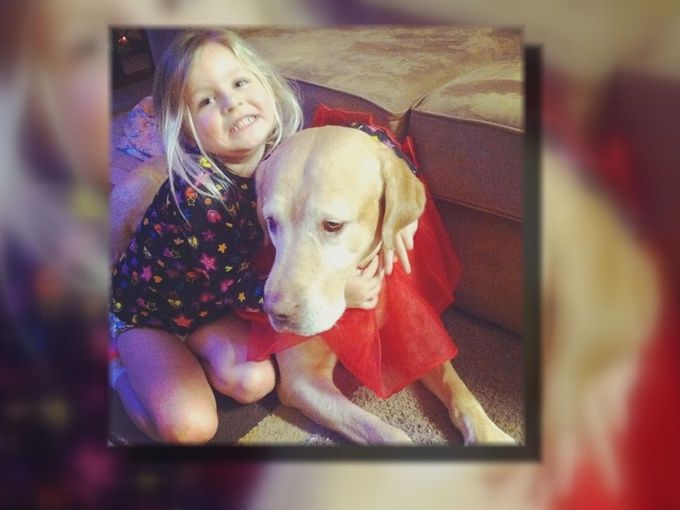 Your calls and signatures on the petition worked! The Stafford County Commonwealth’s Attorney dropped the animal cruelty charge against Travis Evans on Wednesday.

Many of us who have lived with and loved household pets have unfortunately faced the heart-wrenching decision to put a cherished companion down as they get older and fall into poor health. Imagine having to face the pain of losing a furry family member, while also being charged with animal cruelty for not saying goodbye to your pet “soon enough” in the eyes of the state.  That’s exactly the type of inexplicable double whammy that the Evans family of Stafford County, Virginia is dealing with right now.

This past summer, Travis and Aaren Evans learned that their 9-year-old labrador retriever, Buxton, had terminal cancer. Over the July Fourth weekend, Buxton had a seizure related to the cancer. They called their regular veterinarian, who told them to take Buxton to an emergency animal hospital since they were closed for the holiday. However, Buxton’s seizure subsided while they prepared to go, and the dog seemed to recover; They decided to keep him home and monitor his condition. “He was fine for the next two days after the seizure. He was eating ground beef, and he seemed to really be rebounding,” Aaren Evans said.

It became clear to the family that it was time to say goodbye to their beloved pet, and a few days after the holiday, Travis Evans took Buxton to the county animal shelter to be euthanized.  Little did he know, that was just the beginning of their ordeal.  According to Fredericksburg.com, “eleven days after Buxton was euthanized, Evans was charged with animal cruelty, a class 1 misdemeanor punishable by up to a year in jail and a $2,500 fine.”

The Commonwealth’s Attorney’s office argues that the family allowed Buxton to suffer for four days before euthanizing him and ignored veterinarian recommendations. However Aaren Evans says that no one at the veterinary clinic informed her that the dog required immediate medical attention when she called on July 2 to make an appointment. “I’m up at night thinking ‘did we do something wrong’ because, at the first trial, they’re making us out to be monsters,” she says. The family’s lawyer, Jason Pelt says “the Stafford County courts completely overstepped their boundary.”

The prosecution of this family certainly seems unfounded and overzealous, something the Stafford County Commonwealth’s Office appears to have a track record for.

Several years ago, Commonwealth’s Attorney Eric Olsen vigorously pursued criminal charges against Reginald Latson, an Autistic man who had been accosted by a police officer for sitting quietly outside of a public library while he waited for it to open. A fight ensued when the officer placed his hands on the confused then-18-year-old Latson, who has an IQ of only 69. In prosecuting this autistic teenager who was seen as a child in a man’s body and attended special education classes, Olsen described him as a cop-hating, racist thug pretending to be ‘mentally retarded.’” Latson languished in prison until a grass roots effort by disability advocates and also the warden  of the facility where he was imprisoned, succeeded in getting a conditional pardon from the Governor of Virginia in January, 2015.

The overzealous prosecution of Travis Evans and Reginald Latson by the Stafford County Commonwealth’s Attorney’s Office calls in to question whether this office cares more about ensuring that justice is properly served or just putting people in jail whenever and however they can, even when it doesn’t serve the public’s interest. Surely there are other cases far more deserving of their time and resources, such as the 51 untested rape kits the county has sitting on shelves according to the State’s audit report.

A judge found Travis Evans guilty of animal cruelty on October 7. They have appealed the decision and will have a jury trial on February 23rd. Nearly 500 people have already signed a petition asking the Commonwealth’s Attorney to drop the absurd and unfounded charges. In addition to signing the petition, you can also call the Attorney’s office at (540) 658-8780 and respectfully tell them to focus on cases with real criminals, not a family man who doesn’t deserve to be left with a criminal record.

1.2k
SHARES
FacebookTwitterGoogleRedditTumblr
DiggLinkedinStumbleuponMailPrint
You Can Support Cop Block by shoppping on Amazon using the banner below:
BANNERS ARE CLICKABLE