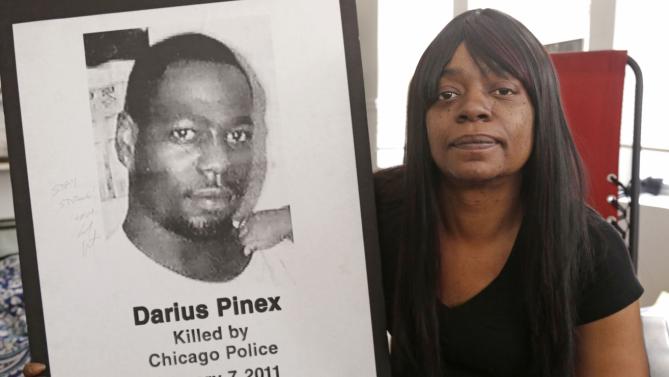 Chicago – Monday a federal judge ruled that Jordan Marsh intentionally hid evidence and subsequently lied about his reason for doing so, in the fatal 2011 police shooting death of Darius Pinex. Marsh, one of Chicago’s top attorneys, is the second attorney to resign due to unethical and illegal actions during the proceedings; In August of 2015 Thomas Aumann resigned from the department.

Law Department spokesman Bill McCaffrey said in a statement. The Law Department holds its employees to the absolute highest professional and ethical standards and does not tolerate any action that would call into question the integrity of the lawyers who serve and represent the City of Chicago. The conduct outlined by the court in today’s decision is unacceptable.”

Officers Raoul Mosqueda testified, that he pulled Pinex over because he heard over the radio that the car he was driving matched the description of a vehicle that was driven during a shooting and that the driver was possibly armed. The encounter turned deadly and Mosqueda shot Darius after he reversed into a light pole, then drove forward putting their lives in danger.

Gildardo Sierra was backing up Mosqueda and fired multiple shots at Pinex as he was driving away. Sierra was involved in three different shooting within six months and subsequently stripped of his police officer powers. He has been on desk duty for over four years; he remains there today. It’s the utmost privilege that officers can be involved in the shooting of three people, two of them fatal and still ride it out until retirement as a pencil pusher. I wouldn’t be surprised if this trigger happy pig has a desk pop in his future.

The attorneys had originally stated that no record of the dispatch existed but suddenly turned over a copy of the recording after Mosqueda’s testimony. The recording had no record of a vehicle involved in a shooting or an armed driver.

Attorneys for Pinex emphasized that Darius fled only because the officers were masked, due to the January cold and were already holding pistols. Steve Greenburg the attorney for the family said, “It tells me that they have no interest in the truth. They only have an interest in protecting the officers and winning the case.”

The federal judge ruled the trial to be unfair due to the withheld evidence and ordered a retrial of the officers. One of which is still on the force.

This controversy comes in the wake of the Laquan McDonald shooting video being released. The conflict that started in November has led to the police superintendent being fired and a public demand for the mayor to resign. It has also been presented as proof that the problem with police misconduct is not unique to a few just a few bad apples but is evidence that the institution is rotten to the core. This attempted cover up of another fatal police killing is just another example of how deep the corruption actually is.

The family of Darius Pinux has been speaking out about the thin blue line and the culture to protect officers regardless of their actions ever since he was killed. Her campaign has ended with her receiving proof that the cover up of her son’s murder extends all the way to city hall.

Me and my family wants to move on. That’s all me and my family are asking for. Indict the cops and fire anyone who covered-up my son’s murder, Pinex said.

If you are still arguing that the problem is a few bad apples maybe you should think about what happens to bad apples. A bad apple will eventually spoil the bunch and are quickly disposed of in order to maintain the quality of the farmers product.  If the farmer chooses to let the apples linger they will destroy his harvest and his profits will suffer.

However when it comes to bad apple cops, they are protected and allowed to continue on active duty. The more frequently officers are exonerated for criminal actions, the harder it becomes to charge the next officer; eventually producing a class of individuals who have been granted the authority to break the law with impunity.

How ever filming the police is quickly becoming the cultural norm in society. Thanks to cell phone cameras in every pocket it is virtually impossible for an officer to go un-critiqued. Unfortunately not everyone knows to record if they are a part of a police interaction or happen to witness one. That is why the contributors to CopBlock.org and the individuals who make up the CopBlock Network are dedicated to educating people about the importance of filming the police and asserting their rights when interacting with law enforcement.

If you would like to learn more about filming the police make sure to take a look at the resources section for tips and tactics. You can also check the groups section to see if there is a CopBlock chapter near you; if not feel free start one and let us know so we can add you to the list. Thanks for reading and remember, “Badges Don’t Grant Extra Rights.”