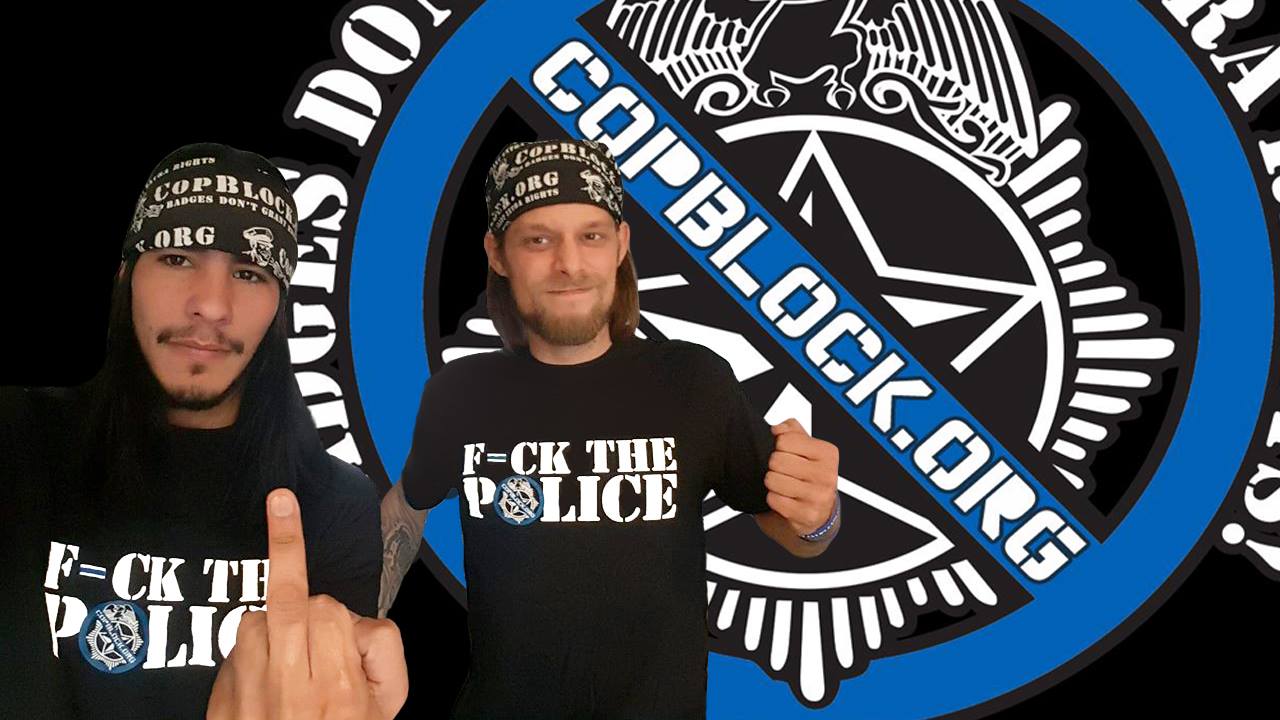 Monday – Ademo and I had our final court appearance regarding our criminal mischief charges for chalking the police station in Noblesville, In. The simple fact that we were in court and facing jail time for writing chalk, should be evidence that there is a serious disconnect between what is a crime and what is speech. Before we appeared for our third time Brian Johnson, one of the prosecutors, handed us both plea agreements. The agreement stated if we pled guilty to the charges we would get credit for time served and pay $168 in court costs & $200 in restitution. It was a shit deal but it ended the case if we signed iI was mildly surprised by the offer, our prosecutors assigned to the case had not been open to communication and only once did I talk on the phone with Brian Johnson. This made it extremely difficult to negotiate, as well as, prepare for court appearances. With little to no new information, we showed up to every appearance with no expectation of what was going to happen.

After reading over the paperwork it was abundantly clear they were trying to get us to pay for the entire cleanup. This was just another attempt at making us bleed for our actions as the two other individuals were involved in chalking but criminal charges weren’t pursued against them. We discussed this point of contention with Mr. Johnson, after hearing our concerns with the plea bargain, he called Ademo’s attorney and the victims A.K.A the police, to see where they stood on reducing the restitution.

When he returned to the courtroom Mr. Johnson didn’t have an answer for us but implied the police were being stubborn.

We asked Mr. Baldwin to make a decision in spite of the fact the police department was not happy with the terms. In reality the victim doesn’t always get the extent of what they want as, If you smash a mailbox and the victim wants three million dollars in restitution, their attorney is going to tell them it’s an unreasonable demand and present them with a proper solution. The victims don’t just get to disagree with any counter offers and just expect to be given what they want. Eventually Mr. Baldwin realized that changing the restitution only to cover our share of the chalk was not only reasonable counter offer but efficient for both of us and changed the amount.

The restitution in this case is bullshit in the first place, chalk doesn’t cause damage. It won’t even cause extra work, unless you absolutely can’t wait until the weather takes care of it. The only reason they expected us to pay for all of it probably stems from their inability to catch the other people who wrote with chalk and rather than attempt to catch them it was more convenient to charge us for their actions.

During the sentencing the judge asked a bunch of qualifying questions to make sure we were voluntarily agreeing to the terms of the plea. One of those questions was whether or not anyone had threatened us in order to gain our compliance. I really wanted to answer yes, “I have already been taken to cage once by men with guns and threat of this will remain unless I sign this agreement.”

A work order placed by the city claimed they used a Tymco street sweeper and it took four hours to clean up the chalk. This is highly unlikely in the first place but is made even more improbable when you consider the fact that the walkway is enclosed with railings along the sides and a decorative barrier along the front. There was no way a large vehicles such as a street sweeper would fit into the area.

The police provided us with every angle except the camera pointed at the entrance we chalked. The department claimed the footage was stored on a different server and after a certain amount of time the entire block was deleted. Convenient isn’t it?

The majority of the court was in some way or another threatening me. The prosecutor would continue to try me and if a judgement was rendered in his favor he could request to send us back to jail. The judge would order that action carried out, regardless of his conscience and the bailiff would be more than happy to drag me to a cage on the judge’s orders. No one really signs a plea voluntarily.

From the start this case wasn’t about justice. It was about butthurt and using the force of government to inflict punishment. We never denied chalking the police station, in fact, we felt so strongly about our rights to speech that we chalked our way into jail.

There are probably tens of thousands of individuals who think we should have gone to jail for chalking on the sidewalk outside the police station.I just hope to convey that an attack on my free speech is an attack on yours as well. Speech has long been the most powerful tool at exposing corruption and opening eyes. If you don’t believe me just take a look at how the establishment responds to silence those who challenge them.

Videos related to this case.