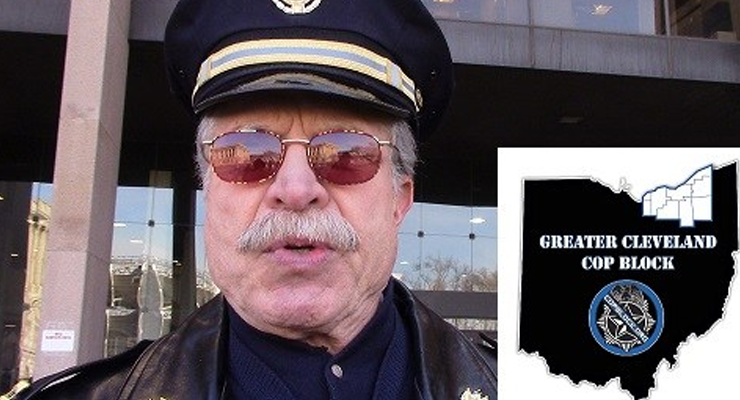 In the interview I did with Captain Lewis, he said he would be back tomorrow. Check out the video of the interview.

Retired Philadelphia Police Captain and former Occupy Wall Street protester, Ray Lewis, has come to Cleveland to lend support to the family, the Black Lives Matter movement, allies and the community in seeking justice for the Nov. 22, 2014 officer-involved shooting death of 12-year old Tamir Rice – and he doesn’t plan on leaving anytime soon. All are invited to join him in this, his inaugural visit to the Justice Center in Cuyahoga County.

As a former law enforcement officer and captain in a major city, Capt. Lewis, in full uniform, lends a unique presence, perspective, and body of experience to the current movement. Since his retirement in 2004, he has dedicated his life to standing in solidarity with those who have been oppressed and victimized by the system, especially the law enforcement system.

After Occupy Wall Street, for which he was arrested, Capt. Lewis spent 3 weeks in Ferguson, has also lent his support in police brutality demonstrations in several other cities, and most recently participated in November in Anonymous’ Million Mask March in Washington, DC.

He seems like a real down to earth guy. I hope to talk to him on the radio show tonight. Should be fun. He said he is going to stay in Cleveland another day so the event is the same and you can RSVP here.