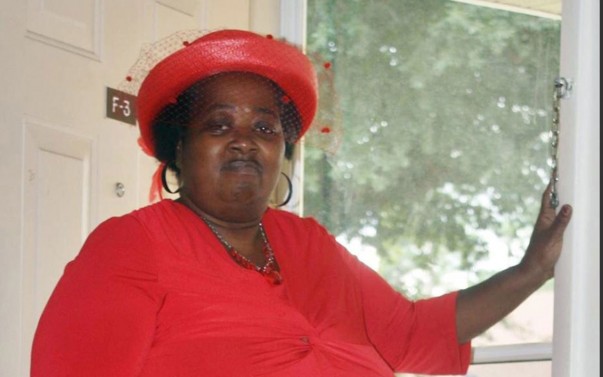 Just days before Christmas Barbara Dawson was dragged out of a hospital in handcuffs by police and died shortly after.

Barbara had originally reported to the hospital with a complaint of abdominal pain and shortness of breath. The hospital staff called the police after Mrs. Dawson was treated but refused to leave the hospital. The staff complained she was unruly and when the police arrived the officers arrested her for trespassing and disorderly conduct; then forced her out of the hospital.

The audio from the cruiser’s dash-cam is all that is available, for the majority, of the interaction Mrs. Dawson and the police are off camera.

During the initial interaction Mrs. Dawson was not very compliant and repeatedly exclaimed she was having trouble breathing. Even though she had been discharged by the hospital, she wanted to stay based on the way she was feeling. See video below.

Barbara collapsed while being taken out of the hospital. The officer thought she was just making herself dead weight in order to avoid going to jail. What was really happening was a serious blood clots in her lungs. This caused a pulmonary embolism and Mrs. Dawson was declared dead an hour and a half later.

Ruth Attaway said the hospital staff did everything to save her.

They did their best trying to save her. Our staff was very aggressive with her treatment. They did everything they could.

Unfortunately their best efforts weren’t good enough after expelling her from the hospital and the subsequent irresponsibility of the officer who let her lie on the ground for close a half an hour. Barbara died from the severity of her condition.

Her death might have been caused due to a lack of urgency by officers and hospital staff. It also could have been avoided if the emergency staff had been more sympathetic to the woman’s needs.

Lawyers for the Dawson family released the dash camera from the cruiser and after Barbara falls, there is a 20 minute time period that elapses before medical personnel arrive on scene. Police notes say she asked for an oxygen tank multiple times after she collapsed.

The officers told her she was OK and to quit faking and to stand up. The officers attempted to put her limp body into the cruiser and at one point said, “We surely don’t want to hurt you but you are going to jail one way or another, OK? So you can help us or we can do it the hard way.”

However, Mrs. Dawson was not faking and matched multiple symptoms of coronary distress. Numerous times she told the officers she couldn’t breathe and was in a panic, probably caused by being unable to take complete breaths and constantly feeling like she was suffocating. If she was acting unruly in the hospital, it’s probably because she needed serious medical help and felt like she wasn’t being taken seriously.

An autopsy performed by the coroner ruled the cause of death was a blood clot in her lungs.

“Police are supposed to protect and serve. The hospital is supposed to save lives. When Barbara, or family members, went to the hospital. She was denied all of those rights.”

The firm representing the family is investigating the incident and says, there are two areas of culpability. The law enforcement side, as well as, the medical side.

“She is telling them that she is feeling a certain way and they decided that they need to get rid of her and use law enforcement to do just that. That deliberate indifference in this situation led to her death.”

The fault for this death falls on both of these institutions. The hospital deemed her health to be acceptable and when she disagreed with them, the hospital staff called the police to have her removed. The inability of the police to persuade Mrs. Dawson to leave followed by a lack of urgency, when she collapsed, led to a fatal outcome.

Hopefully this incident will lead to extensive re-training and an in-depth at look policy both for the for the Tallahassee police department and the hospital. There is no excuse for leaving a someone, who you removed from the hospital and is probably having serious medical problems, on the ground for 20 minutes. Although unlikely that anyone will lose their job or be formally punished, steps should be taken to keep incidents like this from happening again.