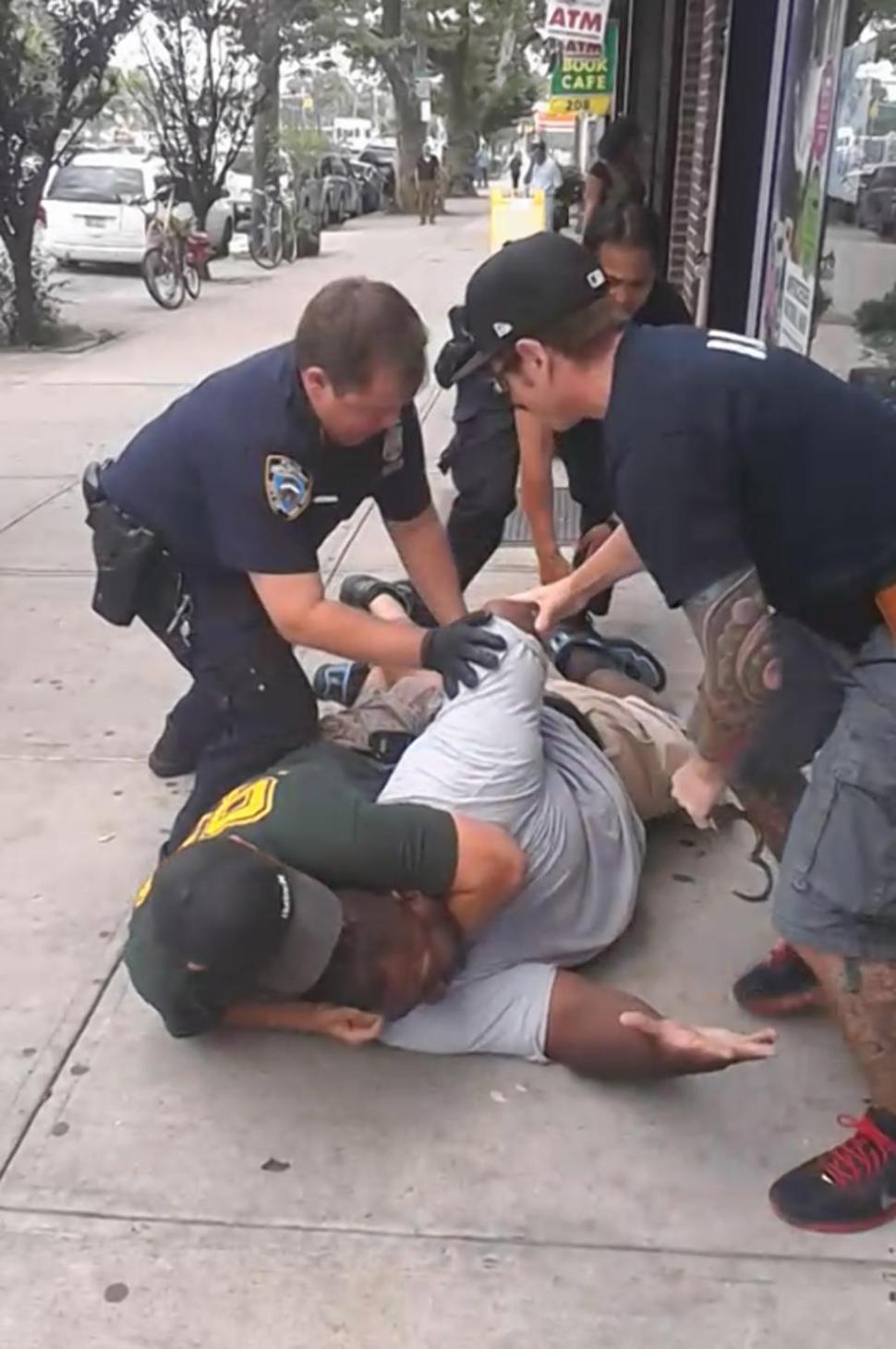 In the first sign of possible action against the homicide of Eric Garner, for the heinous crime of selling loose, untaxed cigarettes in a “free country,” NYPD supervising Sgt. Kizzy Adonis was stripped of her gun, badge and charged with failure to supervise – an internal disciplinary sanction.

A grand jury refused to indict Officer Daniel Pantaleo, who actually killed Eric Garner with a chokehold that is allegedly against policy for NYPD to use. Instead, sanctions are brought against his black supervisor. What kind of message are these people trying to send? It sure seems like nothing more than an insult to our intelligence as they try to appease the people.

The encounter, caught on video by an onlooker, spurred protests about police treatment of black men.

nydailynews.com reports “Garner’s widow said the long-delayed discipline by the NYPD was meaningless to her.”

Commissioner William Bratton’s failed policies are often blamed for the senseless arrest of a man for the victimless crime of selling untaxed cigarettes.

No one else in the case has yet to face departmental charges and the internal disciplinary review is on hold pending a federal inquiry, at the request of the U.S. attorney general for the Eastern District, police said.