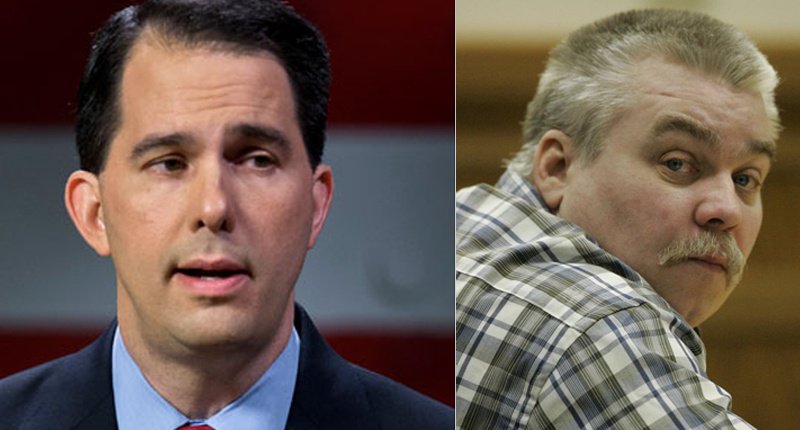 While the internet is all the buzz over Netflix’s Original Documentary Series, “Making a Murder”, Scott Walker (Governor of Wisconsin) has vowed to never pardon him. While it’s not really big news that a Governor refuses to pardon anyone, since only the select few ever are, the reason Walker stated for not pardoning Avery is what brings this story to CopBlock.org.

So why won’t Walker pardon Avery or anyone for that matter? According to RawStory.com:

“I have made it my practice for the last five years to not issue pardons,” Walker told Schuller. “I don’t believe we should undermine the criminal justice system. And this is a prime example.”

Undermine the criminal justice system? Did he really say that? Of course he did, he’s a politician and that’s just code for my hands are tied. Which is what Avery has probably heard more times than he can count. He’s probably heard it from the cops that weren’t in on framing him, jailers who didn’t sign the order to cage him or the people who denied appeal after appeal.

Yet, while millions of people watch as a police department ruins a man’s life but is given a second chance only to have that same police department bury him again. And why? Because they should have released him sooner than the folks at the Innocent Project? Because the ‘county’ was going to have to pay and public officials embarrassed?

I believe this dose of reality shown in Avery’s story on how vindictive police can be, how the whole system can work against a person (willingly, knowingly or merely by design) and how it doesn’t protect you but them is what many people needed to see. Sadly Avery is going to spend most of his life in a cage for us to understand this. Yet, I bet he’s doing it with a smile because he seems to be getting the last laugh at this psychopaths.

Oh and you know what else, it seems the Manitowoc Police Department isn’t too happy with the Manitowoc Sheriff’s Department (who deleted their Facebook page) personnel who’s brought such attention to their city. They didn’t go as far as to say the asshats you’re looking for are over here but pretty much. See screenshot below.