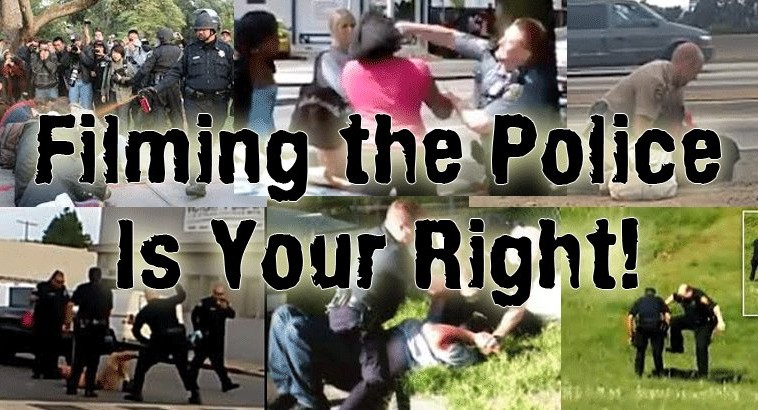 An Arizona lawmaker has introduced a bill, that if passed, would criminalize filming the police in certain circumstances.

Rationalizing that recording cops can put officers in danger by distracting them in tense situations, Republican State Senator John Kavanagh says Senate Bill 1054 would make it illegal for someone to film police within 20 feet of an officer without permission.

“Certainly people have a right to do that under the First Amendment, if there is no interference,” Kavanagh said. “But… when they get too close, they distract the police officer… and the individual taping may become hurt if the arrest becomes violent. It seems reasonable to create a safety buffer zone around these activities.”

The bill would also enable officers to force someone to stop recording them on their own property if they deem it is interfering with police work or if the area is unsafe – and provides no exceptions what so ever for members of the news media.

Penalties for violating the law would range from a petty fine for first offenses to misdemeanor charges if an individual keeps recording after being told to stop by cops.

The bill is being considered during Monday’s Senate session but has already came under fire from police accountability and civil-liberties advocates.

“You’ve had a whole slew of courts hold that people have a First Amendment right to take video of the police in public,” First Amendment attorney Dan Barr said. “If this bill ever became law, it would be struck down in a nanosecond. State law already gives police the power to arrest people who interfere with them.”

That sentiment was also echoed by Arizona American Civil Liberties Union legal director Dan Pochoda, who says the bill is unconstitutional as it is a clear a violation of the First Amendment.

“It’s an important right in a democracy to see what law enforcement is doing, and this would infringe on that right by definition,” he said. “We know they don’t like being taped, but videotapes have been instrumental in trying to hold law enforcement accountable.”

“There is no need for a law like this [because] the remedy already exists,” Pochoda added. “There is absolutely no reason to believe that the great majority of people standing within 20 feet of the police are interfering.”

Kavanagh disagrees and asserts that that filming cops at close range is a distraction that can endanger officers lives. He says current Arizona law is inadequate because it only enables officers to request a person move back when it is the actual distraction that ends up being the problem.

“I’m frankly surprised that the ACLU isn’t pleased because the bill recognizes that some videotaping of law enforcement is permissible,” Kavanagh said. “This bill establishes the fact that you can do it, as long as you’re 20 feet away. The First Amendment is subject to reasonable restriction.”