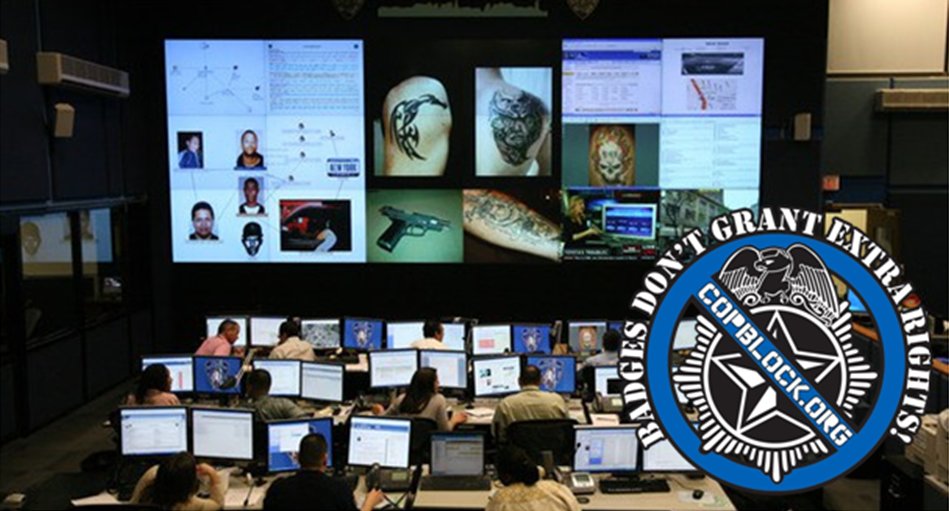 Police in California are using state of the art surveillance tools to determine an individual’s “threat score” based on social media posts and other public records.

According to the Washington Post, the software is being used by the Fresno police department at a $600,000 surveillance center in the San Joaquin Valley, and can analyze billions of data points in a matter of seconds.

Fresno’s Real Time Crime Center hold dozens of television monitors that stream feeds from over 1,000 police, school and traffic cameras across town. The apparatus is linked to a database containing details of more than 2 billion license plates, and a network of microphones utilized to detect and locate gunshots.

Used in conjunction with the Big Brother surveillance system is the threat-scoring software called “Beware,” which cops use to ascertain the likelihood of danger before responding to a scene based on, among other things, social media posts.

“It is designed to access automatically various databases that are really public domain type databases where anyone can access that information,” Fresno Police Chief Jerry Dyer has said. “All of those things that would allow the officer in the field to be more knowledgeable about what they’re dealing with.”

Previously, Chief Dyer denied knowledge that the program examines a person’s social media interactions. The Post report revealed on Sunday however, that “as officers respond to calls,” the surveillance software “automatically runs the address [and] searches the names of residents [before] scan[ing] them against a range of publicly available data to generate a color-coded threat level for each person or address: green, yellow or red.”

Just how exactly the software’s algorithms deduce an individual’s threat level is not publicly known, but the Post says “Beware” can scan a person’s address and within seconds return information including any past criminal convictions, military status and whether a person “ha[s] posted worrisome messages” on social media.

Police departments in other cities around the country have followed suit. The Bureau of Justice Statistics says computer-aided surveillance programs are now being used by 90 percent of local departments, up from 20 percent in 1997.

Similar Real Time Crime Centers that rely on high-tech spy tools that operate in real time have already sprung up in places like New York City, Houston and Seattle – much to the chagrin of privacy advocates.

“This kind of surveillance can place people under suspicion simply for speaking their mind online,” American Civil Liberties Union attorney Matt Cagle said of the Orwellian surveillance systems last month. “The community should have a chance to discuss and weigh the costs to civil liberties and costs to taxpayers before their elected leaders make a decision to move forward or not on these technologies.”

“Social media monitoring is part of a pattern of unchecked surveillance,” he added. “It’s yet another surveillance tool being used without transparency or accountability… We shouldn’t just be learning about these software programs now.”