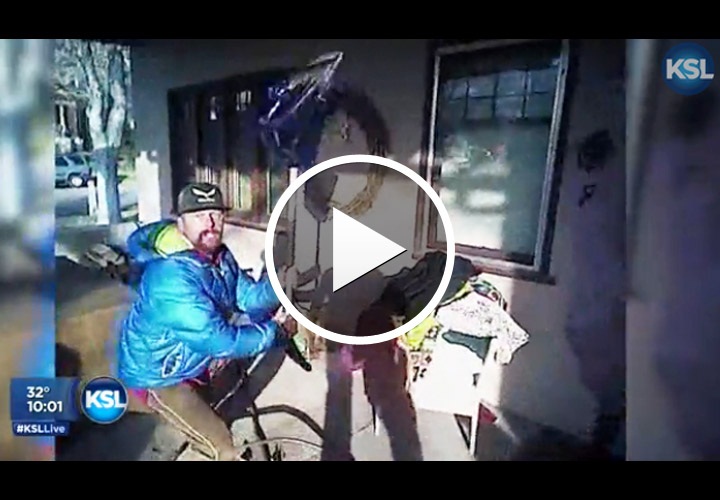 Last week I blogged about James Barker who was shot and killed by Salt Lake Police employee, Matthew Taylor. While Taylor was previously cleared in the shooting of Barker last week a video surfaced that brought to question whether Barker was shot while in handcuffs or not. District Attorney Sim Gill decided to take another look at the case after seeing the new video. While government inquiries, or investigations, usually take a long time Gill smashed his review out over the weekend. According to Fox 13 Salt Lake:

Former Davis County Sheriff William Lawrence presented the new video Friday, claiming it shows Taylor shoot Barker three time in the back after he was handcuffed.

Gill re-examined the closed case. During Tuesday’s press conference, he explained why the video shows no criminal actions.

The video released Friday showed Taylor crouched over Barker. Lawrence claimed pops can be heard in the video.

Gill explained Taylor is reaching for a second pair of handcuffs, not his gun.

“I can clearly see the gun is holstered and when the pop pop pop we hear, I don’t know what that is, but I can definitively say it’s not a fire of a service revolver,” Gill said.

Gill also clarified there were shots under Barker’s chin, on his left upper chest and on his left side – none in the back.

This still seems a little off but I’m going to concede that this officer didn’t shoot the man in the back, for the time being, but I’d like to see the across the street footage Gill had. Nevertheless, it’s all good that Gill got this out of the way over the weekend so that there were no question about the matter. Since that’s cleared up maybe now we can take a look at how to prevent such tragic deaths to begin with?

The CopSuckers will say that when a call comes in and a subject is approached that they must identify themselves. Yet, I’d remind you that in most states you only have to ID yourself if you’re suspected of a crime. For the record Barker wasn’t suspected of breaking the law when Taylor approached him. He was merely a suspicious person and being suspicious isn’t illegal. Yet.

This is something that bothers me in nearly all police related shootings. That the dead are blamed and there is little to no reflection back onto the officer, department or the policies that lead up to this interaction.

For example, did Taylor have to demand ID? He could have followed Barker from his car. He could have went and asked the caller (who probably wasn’t anonymous – just guessing) about Barker. Heck, he could have said, “Have a nice day and good luck with your businesses.” Who knows what else could have been said or done but what I do know is that nothing ever is – not from the police side. Not in Cleveland after a 12 year old boy is killed, not in Des Moines when a man requiring medical professionals is killed and not in Paradise when a DUI suspect is murdered on dash cam. There is never a time when the police come out and say, “you know what? We’re going to do it this way from now on because though these things rarely happen, we don’t want them to happen again.”

Yet, I would hold your breath.