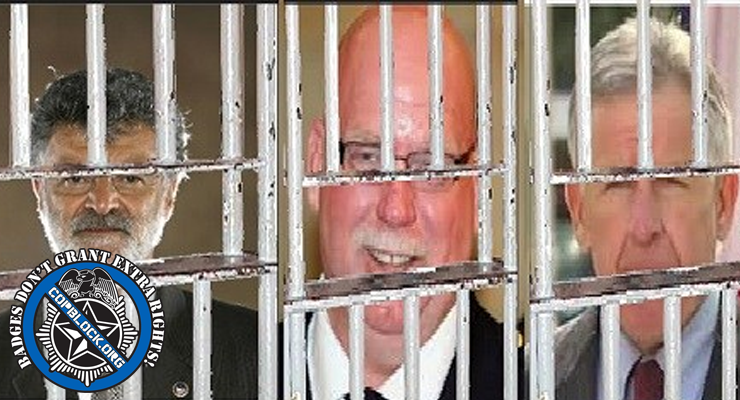 A recent article in Cleveland Scene Magazine has cast a light on a diabolical plot by the city of Cleveland and the police to defraud people of their awarded police misconduct settlement. All the while, other recent articles by other northeast Ohio news outlets have been touting noble and honorable behavior by the same people!

In March 2012, Smith’s son Kenny, a promising rapper then riding an express elevator to the top of the local hip-hop talent heap, was in a downtown bar when a fight spilled out into the parking lot. Gunshots ripped the night. The 20-year-old jumped into the car of a friend from the neighborhood. An off-duty Cleveland police officer named Roger Jones, thinking the car contained the shooter, ran to the vehicle with his gun drawn. Moments later, another gunshot, this time from the off-duty cop’s gun. Jones, and police officials, quickly said in the aftermath that Kenny had been shot while reaching for a gun in the car.

Officer Jones “correctly and heroically took action to protect the safety of the citizens of Cleveland,” Cuyahoga County prosecutor Tim McGinty said in a letter to Cleveland Police Chief Calvin D. Williams after McGinty’s office ruled the shooting was justified.

inside a federal courtroom three years later, that official account was toppling over.

Smith’s attorneys Terry Gilbert and Jacqueline Greene argued Officer Jones had violated Kenny Smith’s civil rights with an unjustified use of deadly force. They dismantled the city and Jones’ story with the help of an eyewitness who had watched Smith die outside the car, with his hands up. Physical evidence — there was no blood in the car — backed up the scenario. The city’s version of the story — that Smith was shot in the head, then walked a few steps onto the pavement where he expired — came off as implausible.

So confidence was high as the jury packed up for deliberations on the morning of Sept. 8. Smith and her family members barely had time to get settled in the courthouse cafeteria for the wait when they were told the jury was back. It was before noon.

Shauna Smith was sunk in an expectant daze as the jury handed over their decision. Slowly the words began tumbling from Judge Oliver, a storm of legalese filling Smith’s confused ears. Only when the judge began reading dollar amounts did she realize they’d won: $4.5 million for the wrongful death, $1 million for Kenny’s survivors. Her face wet with tears, Smith wrapped her attorneys in hugs, ready to finally push on into a different part of her life. Her son’s death had occasioned the second-largest civil judgment against a Cleveland officer in recent history.

But now the City of Cleveland is trying to renege on the settlement rightly awarded to this poor family. Not ironically, who was the prosecutor in the case who ruled the shooting justified? Timothy McGinty of course. The same McGinty that just exonerated Timothy Loehmann and Frank Garmback for the murder of Tamir Rice. An intelligent person has to wonder if the settlement in the Smith case was the reasoning behind not letting another cop be found guilty in the Tamir Rice case or the Brelo case, or the cops who killed Tanisha Anderson’s case. How much more bullshit can you stand?

But now, in the two largest civil judgments currently sitting on the books — one being Kenny Smith’s death; the other a sloppy and malicious murder investigation that railroaded an innocent man — the city has pulled a move that one veteran civil rights lawyer calls “wrong, immoral, disingenuous and unethical.”

In both cases, the Cleveland law department used city funds to pay for cops saddled with judgments to move into personal bankruptcy. It’s a calculated effort, according to the attorneys fighting the move, for the city to skip out on their responsibilities to pay the judgments.

The screwjob burns all the more after the parade of black eyes the city has suffered due to cops and criminal justice. Just as mayor Frank Jackson, clutching the Department of Justice’s 2014 consent decree, promised citywide soul-searching on police reform, Cleveland’s law department is messing with civil matters that have already been decided by a jury.

And the implications aren’t only local.

“This provides a road map for any municipality that wants to evade their obligations,” says Ruth Brown, a Chicago attorney currently locked in legal judo with Cleveland over the issue. “We fully expect that if Cleveland is allowed to get away with this, they will try this again.”

So now you also have Cleveland’s law department covering for cops who framed an innocent man for a murder he did not commit! And guess who is payin for it all? YOU OHIO! Do you have another cheek to turn, or would you rather just say CopBlockers are the problem? You say that CopBlockers have a grudge against police because of our past criminal records, but nothing that this CopBlocker has ever done has ever cost someone their lives. Speaking for myself I can say I never killed anyone. I also never set up an innocent man and forced him to do many years in prison, subjected to all that prison is and has become, only to dick him out of a settlement he is legally entitled to. I never pretended to give a shit about the people of these greater Cleveland communities, and then stabbed them in the back! But the story continues…

“I think it’s really clear when you look at the contract that the purpose was not to provide the officers with neutral, unbiased legal advice,” she explains. “It was to ensure they filed for bankruptcy right away.”

For one, the contract didn’t pay the attorney by the hour, but instead forked over a $1,000 lump sum for each bankruptcy. “This is pretty unusual,” Brown argues. The contract also does not compensate the bankruptcy attorney for any legal research; in fact, the attorney must get permission from the city’s law department to undertake any research, discouraging the officers from finding an alternative to bankruptcy.

So you see not only is the thin blue gang getting away with murder, there are city officials conspiring with them to get away without paying any restitution they may owe by helping them file for bankruptcy. So much so that they even pay for the bankruptcy lawyer for these scumbag cops!

This is a problem that goes way up the chain to the Mayor. As the article states “…mayor Frank Jackson, clutching the Department of Justice’s 2014 consent decree, promised citywide soul-searching on police reform, Cleveland’s law department is messing with civil matters that have already been decided by a jury.” I charge the Mayor, The police Union President Steve Loomis, The Cleveland law department as well as all the officers involved with violating the public trust and conspiracy to do same. They all need to be held accountable for these infractions. If the state of Ohio lets this slide with all the information you have, you deserve the police state you are going to get!