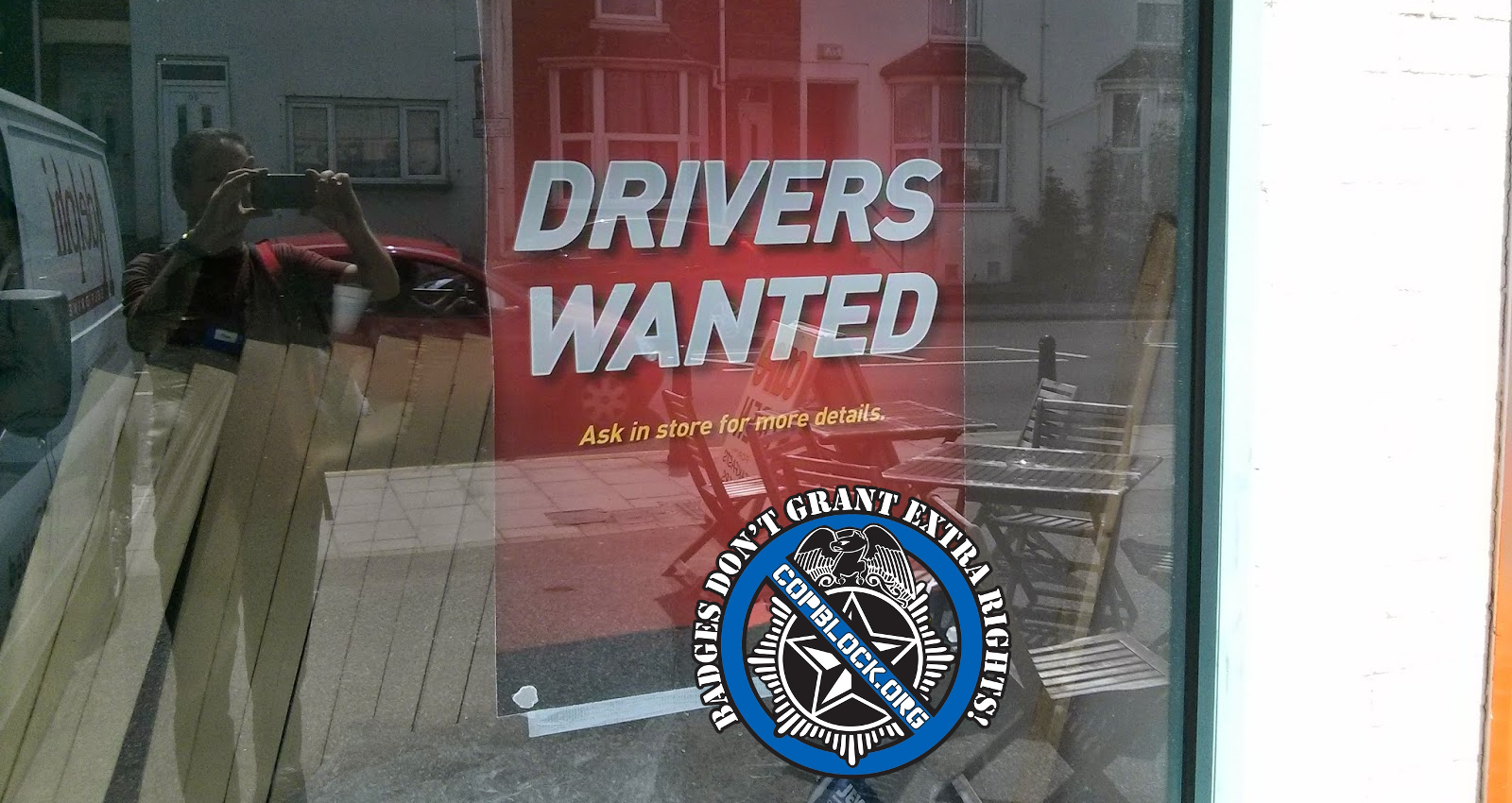 The following post was sent in by Joshua Mello, via the CopBlock.org submissions page.

My name is Joshua Mello and I work and deliver for a large pizza chain in the town of Salem, New Hampshire. On November 29, 2015 at approximately 4:30 pm, I was arrested for “reckless operation” of a motor vehicle. Officer McCarthy claimed I was “going fast” (but not on radar), and also swerving in and out of traffic without a turn signal.

This is what actually happened…

While I was delivering a pizza down Rte. 28 in Salem, NH, a car in front of me slammed their brakes and I had no choice but to cut over to the other lane. I never passed 40 mph in a 35 mph zone. I then saw blue lights behind me and pulled over. The officer jumped out of his vehicle and began to approach my car very aggressively. He then opened my door and grabbed my arm with force. He stated I was under arrest. I asked why, because I had no clue why I was being arrested. He told me for reckless driving. I was dumbfounded. I asked him to define reckless driving for me so I could understand why I was being arrested…This is what he said “when you operate a vehicle recklessly…” Like really?!? He also noted I was going way “too fast.”

The story gets better…

While he continues to be aggressive with me, he puts me into the cop car. I ask him what about the pizzas, he tells me “too bad your car is getting towed.” He drove me not even a 1/4 mile to the police station, books me, and says start walking. No bail, no nothing. I started walking and called my boss to come get me. Luckily, my company likes me and they all know how corrupt Salem, NH police are.

I got my car back from the tow yard ($230 later) and continued driving pizzas around, not even 20 minutes later. So corrupt!

The point of this story is to show the power cops have. He was very aggressive and was clearly trying to instigate me to maybe assault him or resist him, which I didn’t. He could have used some discretion on the situation and let me go, but he didn’t. I did nothing wrong, I was working, and the whole incident could have cost me my job and reputation.

I am contemplating suing them for defamation of character and wrongful arrest. I am surprised I have not seen more stories on Cop Block about Salem, NH police. They are very crooked. I’ve witnessed some other questionable things as well since driving around 40 hours a week for 2 years in this town…