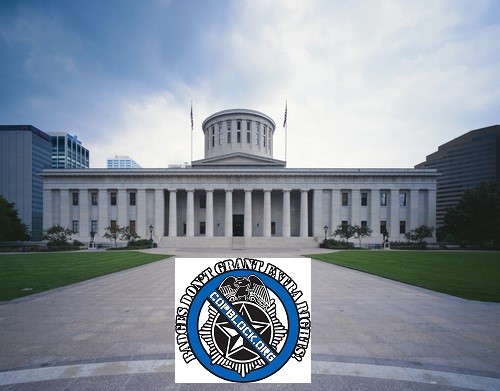 A bill is being proposed in the statehouse that will call for an independent investigation into police killings. Problem is that it would still place the decision to prosecute killer cops in the hands of the attorney general, whose employment will not be impaired by allowing a few police officers to commit murder with impunity. It’s also common knowledge that prosecutors believe themselves to be another arm of law enforcement, and have heightened consideration and sympathies for policing institutions.

Not even a month has passed since a grand jury followed Cuyahoga County Prosecutor Tim McGinty’s recommendation and declined to file charges against Cleveland police in the Tamir Rice case, but the 2014 killing has still supercharged the atmosphere, not only around town but across the state. Some of that has lingered into the statehouse, where a new bill has his the senate floor directly addressing future situations like the Rice killing.

Justice was not served in the Rice case or with the Brelo verdict, so lawmakers proposed this legislation ostensibly to combat the injustice problem. Even so, Timothy McGinty, Timothy Loehmann, and Frank Garmback continue to be employed. McGinty with the prosecutors office, and the other two, with Cleveland Police. The person who hired these idiots is still employed as well. The bill is akin to using a piece of gum to stop a leaky dyke. As soon as they plug one hole, another leak starts. It is still them investigating themselves. What is needed is wide, sweeping, police reform. Trying to placate the perpetrators of injustice by making laws that still gives them the out, is ludicrous.

The proposed bill provides as follows:

The bill goes on to describe what would be entailed in a detailed investigation:

(2) The attorney general shall conduct a full, reasoned, and independent investigation, including all of the following:
(a) Gathering and analyzing evidence;
(b) Conducting witness interviews;
(c) Reviewing investigative reports, scientific evidence, and audio and video recording.

While any additional investigation of police who shoot unarmed people should be encouraged, it’s certainly lamentable new laws are required at all to ensure accountability when police go around killing unarmed people. Further, although the bill specifies the attorney general must investigate the death, further detailed investigative measures including review of evidence, witness interviews, and review of reports and recordings do not appear to be required, but are merely an option if the attorney general believes there is a significant question as to whether the victim was armed and dangerous. Of course, the definition of the word “significant” is open to interpretation. If taken at face value, this renders the entire proposed investigatory process largely at the discretion of the attorney general, who may well choose to do nothing at all, if it is decided there was no “significant question” as to whether the victim was indeed armed.

In any event, even if the attorney general elects to pursue a thorough investigative process, whether a grand jury will indict police officers in such situations is entirely out of a prosecutor’s hands. As long as Americans worship police and believe them virtually capable of doing no wrong, even the force of the law cannot ensure accountability.

Stay tuned for more on the bill as it progresses.