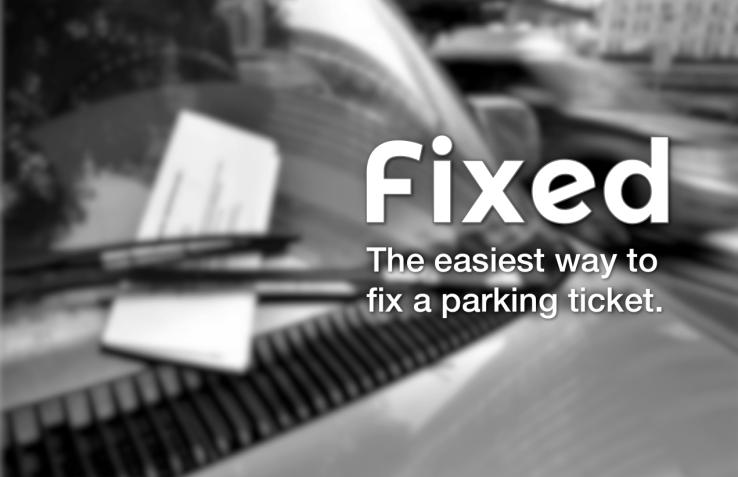 Last night on the Shark Tank (see embedded video below), Mark Cuban struck a deal with a young entrepreneur named David Hegarty, for his app, “Fixed.” Fixed is an app that allows you to take a photo of your parking ticket. Once you take the photo, you submit it to the app and a team of legalese workers descends on your case. They go over the ticket with a fine toothed comb and if they find a way you can get out of it, they submit a letter to the city asking that the charge be dismissed. If they get you out of the ticket, you pay them. It’s like a 5$ fee. 25% is what they ask for.

They operate in a lot of major markets on the East and West coast. New York, San Fransisco, Oakland, and L.A. Hopefully with the Cubes on board, they can expand the market to Cleveland, Detroit, and all the other markets that are fleecing people for these victimless crime fines. Also with Cubans help, the founders plan to expand their reach to include speeding tickets and other victimless crimes, that result in tickets. It is a smart move considering how they get positive results.

They look over the tickets to try to find mistakes. With more and more meter maids handing out computer printed tickets, I think they should be going after the tickets that cops with sloppy penmanship still have to write by hand. Hopefully, the app will take off and we will have yet another tool to combat the criminalization of our everyday activities.

CNN wrote an article on the app as well.

Hegarty and with Fixed’s other two co-founders, David Sanghera and DJ Burdick, hope to expand into the top 100 U.S. cities over the next 18 months.

San Francisco is fertile ground for motorists who can effortlessly rack up hundreds of dollars in parking tickets. As in many cities, parking in San Francisco is an exercise in frustration, with a limited number of spaces on the street and parking garages charging top dollar.

Of course the cities they operate in (San Fransisco) are trying to discredit the app, claiming that everyone can contest tickets themselves free. But we all know contesting parking tickets is far from free. When you consider the time you have to take to do it yourself, 25% doesn’t seem like a lot to avoid the headache.

“We do not have concerns if people want to use a third-party service, but there is no secret to overturning a citation if it has been issued erroneously. If someone feels that their citation was written in error, they might want to consider protesting themselves, for free,” said Paul Rose, a spokesperson for San Francisco’s transportation agency.

So please check out the app if you live in the markets it covers. Hegarty and Fixed’s other two co-founders, David Sanghera and DJ Burdick, hope to expand into the top 100 U.S. cities over the next 18 months, so keep your eyes peeled.