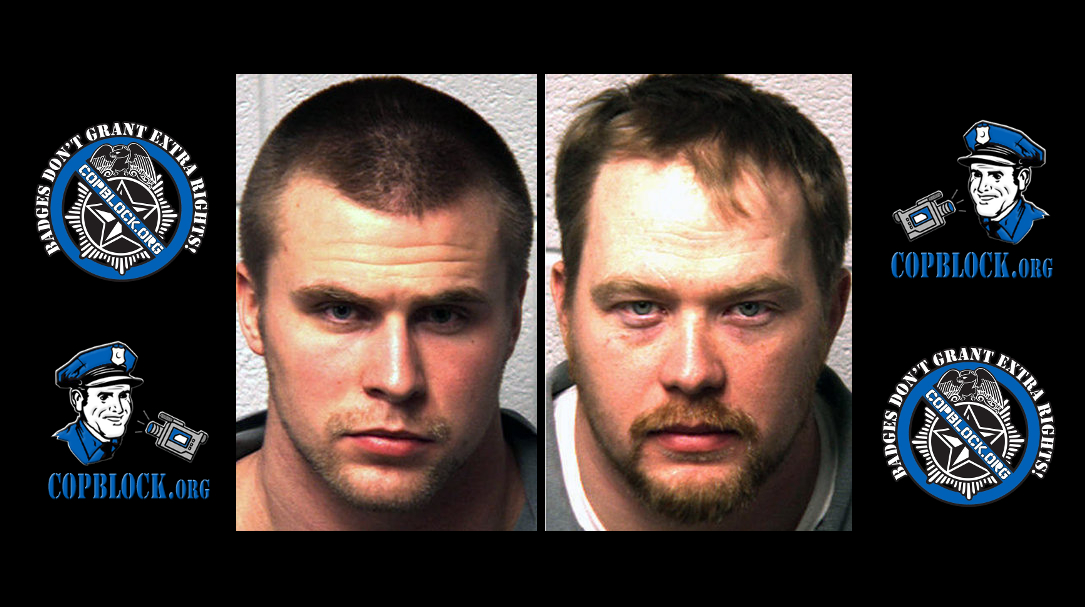 Spink claimed that he and his brother were working undercover and had been called about the break ins. He continued using that lie after local police arrived at the Nazareth Borough apartments. Unfortunately (for him and his brother), they didn’t buy it.

Spink, 23, told a borough officer just after midnight that he received a call from a woman describing suspicious captivity (sic) at 176 S. Green St., police said. He did not identify the woman, police said.

Spink entered the apartment complex through a second-floor balcony door, then let in his brother John Brandon Hoffman, 32, of the same address, police said.

There were no 911 calls at that address before borough officers were requested, police said.

Spink was recognized by one of the residents as a former student of hers, police said. He remained in the apartment and directed his brother “to go and search other apartments,” police said.

Spink tried to convince borough officers that he was at the apartment complex on official business, police said.

He showed an officer that he got into the building by climbing up on an outside air conditioning unit and grabbing the porch railing of an unoccupied apartment, police said.

Spink also allegedly didn’t tell borough police ahead of time he was planning to enter apartments there.

While walking around the complex with officers, Spink, who appeared to have been drinking and smelled of alcohol, “through casual conversation” identified Hoffman, police said.

Hoffman was gone by that point, but police said they found him in front of his home and he resisted after police told him he was under arrest. He also smelled of alcohol, police said.

Victims later identified Hoffman as being present in the apartment, police said.

Bail was set at 10 percent of $25,000 and Spink was not in Northampton County Prison later Friday morning, a Department of Corrections employee confirmed.

Hoffman was arraigned before Yetter on the same four charges, in addition to a count of resisting arrest, court papers say. He was sent to prison in lieu of $25,000 bail, with no 10 percent option. He remained jailed later Friday morning. His preliminary hearing is tentatively set for the same time and place as his brother’s.

You do have to appreciate the fact that he was breaking into his former teacher’s house. The icing on that cake is sweet enough to hurt your teeth. Of course, I’m sure they’ll get a big slap on the wrist and Officer Spink will be right back out there on the streets protecting and serving the community again in no time.