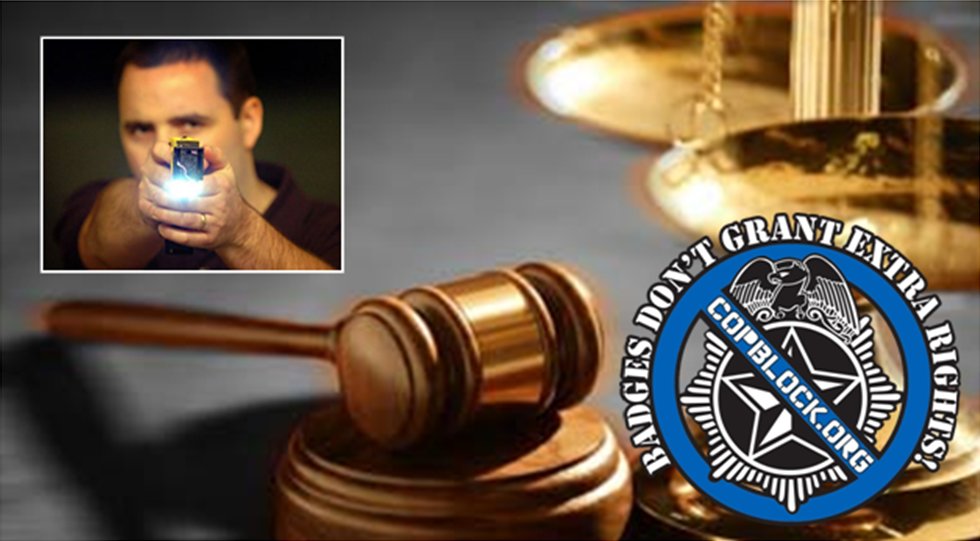 In another case of qualified immunity impeding the justice process, the Fourth Circuit Court of Appeals has ruled that three North Carolina police officers cannot be prosecuted in the taser death of a distraught and mentally ill man because “they didn’t think they were violating [his] rights at the time.”

According to a complaint filed by the victims sister, Ronald Armstrong suffered from bipolar disorder and paranoid schizophrenia. He was off his medication on April 23, 2011 and poking holes in his leg “to let the air out.”

Armstrong’s sister said she took him to Moore Regional Hospital in Pinehurst to be evaluated when he became scared and bolted from the emergency room. As a result, doctors began drawing up papers to have him involuntary committed and called the police.

Cops with the Pinehurst police department responded to the call and Lt. Jerry McDonald, Sgt. Tina Sheppard, and officer Arthur Gatlin Jr. arrived at the scene to place Armstrong in custody and force him back to the hospital.

After the commitment papers were finalized, the cops surrounded Armstrong – who doctors had determined was not a danger to others and only himself – and the mentally distraught man sat down on the ground, wrapping his arms and legs around a post.

After being joined by two other police employees, the officers attempted to pry Armstrong’s arms and legs free but were unsuccessful. That’s when, according to court documents, officer Gatling Jr. drew his taser and shocked the man five separate times over a period of two minutes.

Armstrong was finally removed from the post and was placed face down on the ground, where his sister maintains she saw the cops “pull his collar like they were choking him.” The Fourth Circuit’s ruling said it was at this point that the man became unresponsive with officers turning him over to discover he and turned blue and was not breathing.

The cops then administered CPR to Armstrong and escorted him to the Emergency Room where he was pronounced dead. According to court documents, only six and a half minutes had elapsed between the time police were dispatched and when they called for Emergency Services.

In the aftermath of the incident, Armstrong’s sister sued for use of excessive force and violation of her brother’s Fourth and Fourteenth Amendment rights, but U.S. District Court Judge Catherine Eagles sided with the officers saying, “the defendants are entitled to qualified immunity.”

Qualified immunity shields government officials from liability for the violation of constitutional rights and is available even if cops’ actions are determined to be unlawful. As such, officers’ liability does not depend on whether they act with “malice,” but on whether they know at the time if their actions violate established law.

The District Court ruling determined that Armstrong’s constitutional rights were violated and said that while some force was justified because he was not complying with officers’ orders, excessive force was not.

On Jan. 11, the three judge panel from the Fourth Circuit Court of Appeals upheld the ruling with Judge Stephanie Thacker writing, “immediately tasing a non-criminal, mentally ill individual, who seconds before had been conversational, was not a proportional response.”

Even so, the Circuit Court also concurred that the cops were entitled to qualified immunity, based solely on the assertion that they did not understand that they were violating Armstrong’s rights at the time. Thacker said the cops “were treading close to the constitutional line,” but had gave him prior warning and did not continue to use force after he was apprehended.

Some good did come out of the ruling however, with the Court – who’s decisions are binding for North Carolina, South Carolina, West Virginia, Maryland, and Virginia – restricting police use of tasers and stun guns in those states by instructing officers to not use them on people who try to evade custody but pose no safety risk to others.

In response to the new guidance, the North Carolina Justice Academy said in a memo to law enforcement agencies that the ruling “dramatically changes the legal landscape” governing taser use and advised departments to revise their written policies to comply. The memo told officers they should be ready to defend any use of force against a noncompliant subject.

That reframe was also repeated by Virginia Association of Chiefs of Police executive director Dana Schrad, who asserted she plans on notifying members about the ruling and said, “clearly this will be something that, if it stands, will have an impact on a lot of police procedures.”