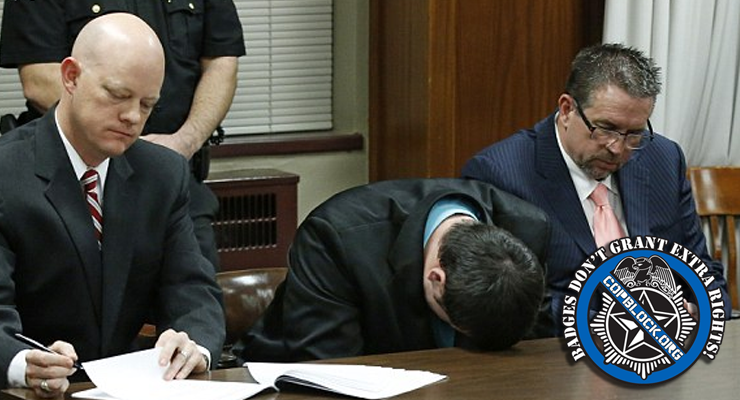 The Oklahoma City police officer who preyed on and raped black women in the neighborhood he patrolled was sentenced to 263 years in prison today.

While the charges officially include eight women, 13 women testified against him, all with a similar story of being sexually assaulted by the former police officer.

“My daughter and sisters are frightful when a police car pulls up behind them,” said Ligons, who is one of the victims, before the sentencing.

The 29-year-old Holtzclaw was visibly angered and attempted to make eye contact with the women who made statements, according to a KOCO reporter who was present.

“It is what it is,” said Holtzclaw’s attorney in reaction to the sentencing, according to KOCO.com. “It wasn’t a surprise.”

Oklahoma County District Attorney Scott Prater had this to say:

It’s not uncommon for district attorney’s to say asinine things. Holtzclaw was a law enforcement officer. He was given a badge, and a gun, and he used his government granted authority to stop women for victim-less crimes, then rape them.  He was a cop, who was also a rapist, and he isn’t the only one.  Most aren’t ever arrested.