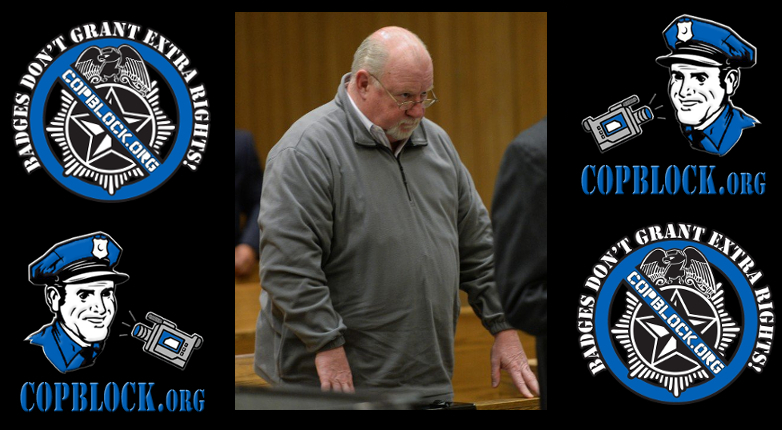 Officer Kevin Burnham, who retired as the “senior officer” in the Springfield (Massachusetts) Police Department after 43 years, was exposed as a long time thief during an audit after a new commissioner was hired. Dating back to at least 2009 (it’s not clear from the article if that’s when Burnham’s hands first got sticky or if that’s just as far as they went back), the thefts total over $385,000. For 20 years prior to his retirement, Burnham had been acting as the narcotics evidence officer.

So whenever other cops found an excuse to steal money from people, via drug forfeiture, Senior Officer Burnham would take a little off the top for himself. This reportedly included “piddling amounts” of less than $100, as well as one instance in which he helped himself to almost $108,000.

It only took them six years to catch up to him and that was basically an accident rather than them noticing a shit load of cash walking out the door and bills falling out of Burnham’s pocket anytime he bent over. (The rumor I made up that Burnham’s nickname around the station was “the Rainmaker” hasn’t been confirmed.) The audit “was part of an overall plan to modernize the department, as opposed to a response to any internal rumblings about Burnham.”

Apparently though, Senior Officer Burnham was just a master thief or magician:

Police Commissioner John Barbieri said no other police officers have been implicated in the investigation. It remains a question how one officer could allegedly lift nearly $400,000 in cash under the noses of his supervisors, however.

Another $170,000 went out the window  in order to hire a private firm for the audit. It would have been crazy to have someone keep an eye on the guy accepting all the cash that the department was stealing from other people or maybe count it every once in a while to see if it was still there.