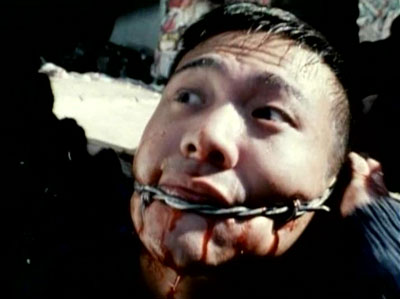 Submitted and written by Isiah Holmes

It was winter – around February – just barely past the cusp of the then new year, 2015. I was among the many who retreated into shelter from the dry, bitter air and gloomy Wisconsin skies overhead. Laptop in place, wifi on deck and, if possible, coffee or tea nearby, I’d use news articles to remote view distant places. One story from the heart of a nearby city caught my eye, little more than a hour’s drive south. Illinois, the Guardian, Chicago PD– Homan Square– “disappeared”, torture, outrage. Their pulitzer-worthy work, and that of others, read like detailed, consistent tapestries of civilian, not officer, testimony. Such tales from the ‘disappeared’ prove disturbing, damning but above all else, telling.

One of this particular stories’ most striking features is how quickly a P.R defence was organized to push back against the Guardian. Many found labels such as “black site” at least unfair and at most misleading. These arguments, however, fail to diminish the shocking and, more importantly, consistent accounts of people taken to the facility by its officers. Knowledge that the facility itself exists does not negate from the utter lack of knowledge of operations conducted out of that facility.

Others referenced Homan Square-hosted press conferences and the presence of a public “lost and found” as signs of transparency. Such a statement completely ignores the presence of, according to the Guardian, Vice, undercover, and SWAT units within Homan Square. The resident ballistics lab and, reputedly, military-like vehicles, and “wire-room”–all less public facets–are similarly disregarded.

When I go to my local station and walk to the counter, as anyone, I’m being presented with that particular departments public face. Under no circumstances am I, or any other unauthorized personnel, allowed behind or beyond the counter. When press conferences are held outside Homan Square not only is the speaker the CPD public face, but no one is briefed on the building behind him. From here, one may suppose that, depending on the circumstance– i.e fellow officer, lawyer, politician, civilian or chief–a department’s self-presentation shifts.

This particular write focuses on the face staring back at those taken to Homan Square against their will. Like Chicago PD, the detainee’s themselves have a public face of their own–Brian Jacob Church. Church was one of the first, and most vocal, former detainees located by the Guardian. In addition to being questioned, denied access to a lawyer and phone, Church reported being confined within a metal cage. Church, although a victim nonetheless, was not subjected to some aspects of the “Homan Square experience” described by others.

By February 27th, the Guardian had already conducted several interviews of Chicagoans who’d been detained at the facility. Unsurprisingly, many opted for anonymity, telling their stories through a veil. Six locals had been interviewed at that point, with four, the Guardian reports, having reached out first. Two reputedly claimed to have been kept in a large cage and handcuffed to a bench so they couldn’t move.

One man, Brock Terry, 31, reported being arrested with 5 ½ pounds of cannabis and then taken to Homan Square. It was here, according to the Guardian, that Terry sat for three days reputedly without public notice, booking, or a lawyer. “I sat in place for three days”, he attests, “no talking, no calls to nobody.” Terry recalls being released only to “go straight to another police station, go straight there to county and be processed.”

Korey Wright was also interviewed by the Guardian, Deandre Hutcherson was detained alongside him in 2005. Like Wright, the Guardian reports, Hutcherson reported being tied in a crucifix-like position. From here, Hutcherson asserts officers punched him in the face and stepped on his groan, “like he was putting a cigarette out.”

Wright himself, according to the Chicagoist, described what he experienced during an interrogation before a county meeting. “They interrogated me, asking me things that I had no idea about, for murder and you know, if I know where any guns are and things of that nature.” Korey thereafter recalls how “they turned the temperature up”, while he was similarly zip-tied to a bench.

At least one man is known to have died within the facilities walls–John Hubbard. Several outlets, including the Guardian, wrote of the man who’d been taken to Homan Square by undercovers. The officers reputedly posed as heroin dealers, and after a series of undisclosed events John died. According to the Guardian, and Chicago-local outlets, Hubbard somehow overdosed on heroin after having been in custody for hours. Not a single iota of effort has been put forth by Chicago’s establishment on how this individual died in custody. To many, it seems, John was just another dead junkie.

There were accounts the Guardian either missed or didn’t touch on, considering they’re coverage was already under fire. Although the London-based outlet absorbed most of the heat from breaking the story, others picked up where it left off, unimpeded. A Mintpress news piece published during that same winter referenced the work of a clandestine journalistic outfit–the Fifth Column. According to the piece, Fifth Column reporters were hitting the streets hard in search of testimony as New York-based Guardian journalists filed FOIA requests.

One man interviewed by the column was Jose Gonzalez, Mintpress echoed the coverage. Gonzalez reports being taken to Homan Square following a no-knock raid of his home by undercover’s. Jose asserts plain-clothed officers, arriving in an unmarked minivan, claimed to have a warrant they wouldn’t allow Gonzalez to see. Jose, Mintpress news reports, recalls officers shoving his pregnant cousin as he was apprehended. Some officers reputedly searched the home while others pointed automatic weapons at his grandmother and children.

Jose was transported to Homan Square thereafter, despite the raid yielding no drugs. According to Mintpress news, after placing Jose in a room with “red stuff” on the floor, officers questioned him on drug deals. Gonzalez, by his own account, was denied a lawyer repeatedly. As if that wasn’t enough, the 27 year old detainee realized the “Jose Gonzalez” officers were looking for was born in the 60’s. Jose reported the officers then, frustrated after 16 straight denials, threatened to use a heroin injection to make Gonzalez more talkative. Jose assured Fifth Column writers that he was sure people had been beaten and bled in the room he’d been interrogated in.

When all was said and done officer’s claimed Jose was to be charged with marijuana possession, despite having collected none. All in all, according to the Mintpress, Gonzalez was disappeared for 24 hours, never once was he allowed a lawyer. Jose, by his own account, was forced to walk several miles home thereafter and no, he didn’t receive a court date. Mintpress writers claimed Fifth Column reporters had then conducted enough interviews to run a story a week until late 2016.

Chicago’s contingent of lawyers and legal representatives is not unfamiliar with Homan Square’s more questionable practices. Attorney Cliff Nellis, of the Lawndale Christian Legal Center, recalls being sent on a wild goose chase in search of a client. According to the Guardian, Nellis was lied to by officers who insisted his client was not at Homan Square. “What they did that night”, says Nellis,“by denying my 19 year old client access to his attorney was unconstitutional, clearly.”

Flint Taylor, of the People’s Law Office, the Chicagoist reports– citing the Guardian– asserts that “under the UN definition”, some Homan Square activities “fit the definition of torture.” Taylor, according to the Chicagoist, fought for reparations for the citizens abused and tortured under the reign of former CPD commander Jon Burge.

Burge himself learned the techniques he’d use to interrogate and torture suspects from his time in the Vietnam war. As of yet, no Homan Square officers involved in these reputed atrocities have been identified and likely will not be. Determining whether or not officers involved in these Homan Squares interrogations had military backgrounds may prove a curious investigative venture for the willing. Some aspects of the interrogation, specifically tying detainees in crucifix-like positions, rings shades of Abu Ghraib and other such episodes. Perhaps inquiry into the conduct of officers with and without military experience should be in the domain of social science, not politics.

Having a military background in a paramilitary culture, of course, is just one fractal of the bigger picture. What catalyst is responsible for an apparent pattern of threatening detainees with heroin of all things? Were the officers in question told to do this or were simply getting creative? What role, if any, do officers with military backgrounds play in interrogations, abductions, etc? Where do the majority of former military police official sit in the facilities chain of command? Who is an order giver and who is an order taker? What haven’t we been told? Is John Hubbard the warehouses only casualty or are there others? Are there other “Homan Squares” elsewhere in the country? Where are they? Are they similar or dissimilar to Chicago’s boogeyman compound? Clearly, all of these unanswered questions howl for resolution. They did in the winter of 2015, and they continue to eleven months later.