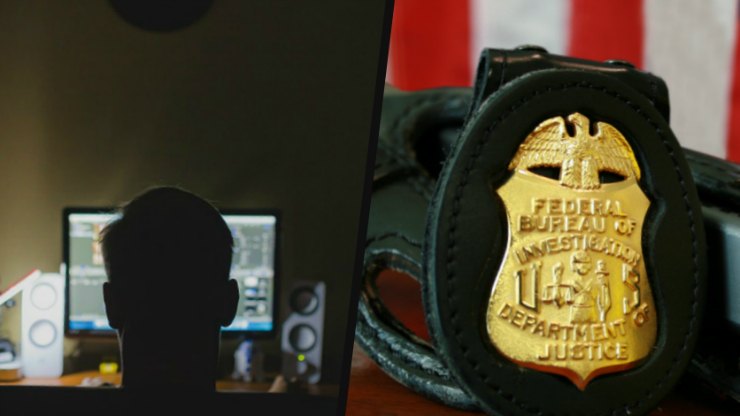 **The post below was originally published at VoicesofLiberty.com by Alice Salles.**

Between February 20 and March 4, 2015, the FBI operated one of the Internet’s largest child pornography websites known as Playpen. The operation and how it was carried out remains largely confidential, but the Justice Department acknowledged in court filings that the FBI was behind the enterprise.

The site run by the FBI allowed users to download thousands of illicit images and videos of child pornography. The operation was run from a government site in Virginia.

This is the third time the bureau has been tied to child pornography website sting operations.

​​​​Like what you’re reading? Keep VoicesofLiberty.com going by contributing to the cause of freedom.

In recent years, FBI agents have known to take control of child pornography websites. In all cases, agents decided to keep them running instead of bringing them down right away. According to the bureau, this option gives them access to users who would otherwise remain anonymous.

According to USA Today, the FBI infected the sites with software designed to puncture encrypted systems, bringing out the identity of hundreds of users.

While under the control of the FBI, Playpen had more than 215,000 registered users.

Over 9,000 of the files on the website were available for download directly from the FBI. According to the court filings, some of the images available involved children who weren’t even old enough for kindergarten.

Current tactics seem to contradict past strategies that included guidelines to keep images of children being sexually assaulted from becoming public.

“The Justice Department has said that children depicted in such images are harmed each time they are viewed, and once those images leave the government’s control, agents have no way to prevent them from being copied and re-copied to other parts of the internet.

Officials acknowledged those risks, but said they had no other way to identify the people accessing the sites.”

According to a former senior FBI official who was part of one of the bureau’s first operations to bust child pornography websites, “There was no other way we could identify as many players.”

To attorneys representing child pornography victims, the FBI’s decision to keep the sites running from its own location is somewhat shocking. Nevertheless, some appear to have approved the FBI’s tactics.

“These are places where people know exactly what they’re getting when they arrive,” attorney James Marsh said. “It’s not like they’re blasting it out to the world.”

Marsh represents some of the children depicted in a number of widely-circulated images.

While Marsh agrees with the FBI, the bureau’s program has been the target of harsh criticism. In a court filing filed by the attorney representing a man arrested as a result of the FBI sting operation, the government is accused of encouraging crime instead of fighting it.

The filing written by defense lawyer Colin Fieman claims that “what the government did in this case is comparable to flooding a neighborhood with heroin in the hope of snatching an assortment of low-level drug users.”

Fieman has asked a federal judge to drop the child pornography charges brought against his client.

Playpen was hidden in what many call the “dark”or “deep” web, a part of the internet accessible only through the network software Tor. To keep the user’s computer of origin untraceable, the system bounces the their internet traffic from one computer to another.

The FBI claims that Playpen was the “largest remaining known child pornography hidden service in the world.” The site was tracked to computer servers in North Carolina. On February, the FBI seized the site and moved it to its facility in Newington, VA.

Fieman says over 100,000 users visited the website during the 13 days it remained under the control of the bureau. According to the Justice Department, the FBI found 1,300 computer addresses linked to Playpen users. At least 137 were charged with a crime. The identities of those who were charged weren’t unveiled.

Court filings from the Justice Department claim that agents were not responsible for uploading child pornography material to the website.

“… [The Justice Department] did not dispute that the agents allowed images that were already on the site to remain there, and that it did not block the site’s users from uploading new ones while it was under the government’s control. And the FBI has not said it had any ability to prevent users from circulating the material they downloaded onto other sites.”

According to University of California Davis’ Elizabeth Joh, a law professor with knowledge of undercover investigations, “the government investigation [at some point] becomes indistinguishable from the crime, and we should ask whether that’s OK.”

“What’s crazy about it is who’s making the cost/benefit analysis on this? Who decides that this is the best method of identifying these people?”

The FBI was first tied to a similar child pornography sting back in 2012. USA Today reports that the 2012 case led to federal child pornography cases targeting 25 individuals. In at least nine of those cases, records are registered under “John Doe,” a detail that may give us an idea of how difficult it is for the FBI to link individuals to the network addresses logged in the servers being used to store the sites.

The FBI uses outside contractors to develop the system used to hack into the Tor websites.