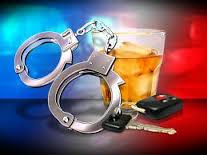 She is posted at Cleveland Hopkins International Airport. Well, she WAS posted at the airport. She has been placed on restricted duty until the outcome of her trial. Funny how when it is a cop, they are innocent until proven guilty in a court of law. Too bad the same doesn’t apply for us, huh?

Isn’t it ironic that with all the DUI laws that a cop had the audacity to drive drunk. It’s such a mixed message sent to those you mean to rule, shit, mean protect. I bet if copblockers started trolling local cop bars, we would find out the problem is much bigger than one or two bad apples.

Anyway, Ohio, and Cleveland in particular, is starting to see the effects of CopBlocking activism. The police seem to be so much more diligent in weeding out the bad apples these days. Although I am sure it just a cover to make sure the most egregious cases are still covered up. We do not need cops that violate the law they claim to uphold for everyone else. If I can go to jail for it, a cop should go to jail for it! When you realize you can’t put anything past these criminals, hope for justice in these two cases is bleak, but I must maintain my hope for justice and liberty in my lifetime if I ever hope to achieve it.

Cleveland.com has video of the arraignment. Sgt. Smith appears to be trying to hide her appearance with a long coat, hat and, sunglasses. When in the history of court has anyone been allowed to wear a hat in court and sunglasses? EVERY TIME I am in court I have some pinhead with a badge telling me to remove my hat in the courtroom. I have also been told to remove my sunglasses in court as well. I think I know how this trial is gonna go!