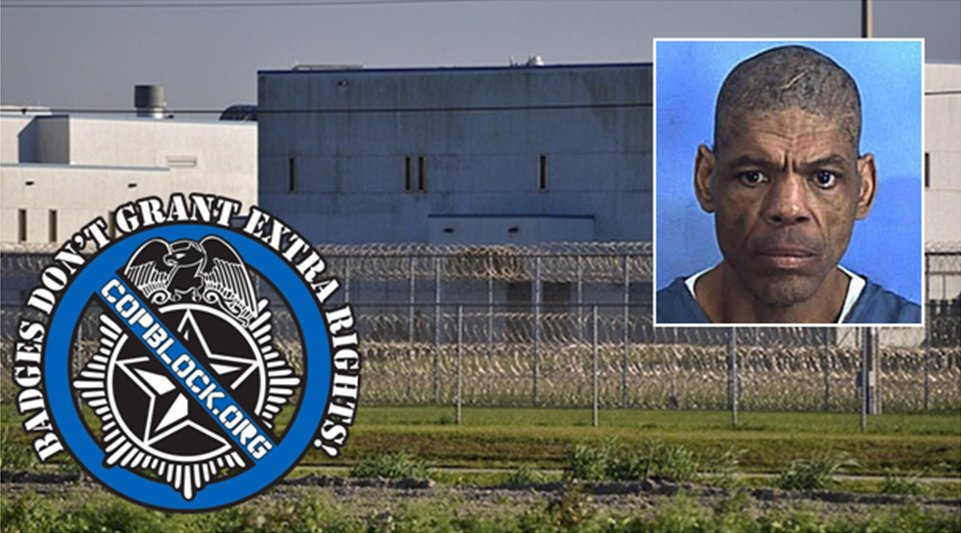 The Miami-Dade Medical Examiner’s Office has ruled that being locked in a steaming hot shower for two hours until his skin “slipped” off, had nothing to do with a mentally ill inmate’s death in Florida.

Fifty-year-old Darren Rainey was serving a two-year prison term on a cocaine charge at Dade Correctional Institution, when in June 2012, he reportedly defecated in his cell. Rainy was diagnosed with severe schizophrenia and his actions possibly resulted from a psychotic episode.

As a result, corrections officers took him to a small shower, which had been specially rigged so that it could only be controlled from another room. According to reports, the prison cops locked the door and left Rainy there for up two hours while the stall filled with steam.

Inmates said they heard Rainey screaming for forgiveness before he was finally removed from the shower and his skin appeared to have “melted off.” As CPR was being administered, Rainy’s internal temperature was recorded to be 102 degrees – well above the 98.6 degree average.

According to the autopsy, the Miami-Dade Medical Examiner’s Office reportedly found that Rainy had no “thermal” injuries, or burns, on his body and maintained that his skin “slipped” off his because of prolonged exposure to water, humidity and the “warm, moist” environment.

The autopsy also said that Rainy suffered from heart disease and had been taking the anti-psychotic drug Haldol to treat his schizophrenia – which is known to elevate body temperatures and affect blood pressure and heart rate.

In addition, sources say that investigators determined that corrections officers had “no intent” to harm Rainey the day he died and that the specially rigged shower system was not “excessively” hot.

The autopsy, which has taken over three years to surface, was finally given to persecutors last week but remains private under the auspices of an “on-going investigation” in which the Miami-Dade State Attorney’s Office is now considering whether to charge corrections officers.

A federal criminal investigation has also been launched into Rainey’s death but the “accidental” ruling of the autopsy report drew immediate criticism for civil-liberties advocates and comes on the heels of numerous additional stories relating emotional, physical, and even sexual abuse of mentally ill Florida inmates.

“I have not reviewed the M.E. report, but it defies logic that the conclusion is that Darren Rainey’s death was accidental,” the executive director of the ACLU of Florida, Howard Simon said. “This is why we called for and still need an independent investigation by the U.S. Department of Justice.”

Inmates told investigators that that the rigged shower system had been used on several other mentally ill inmates “to terrorize” and “keep them in line.” It was reportedly dismantled after Rainey died.