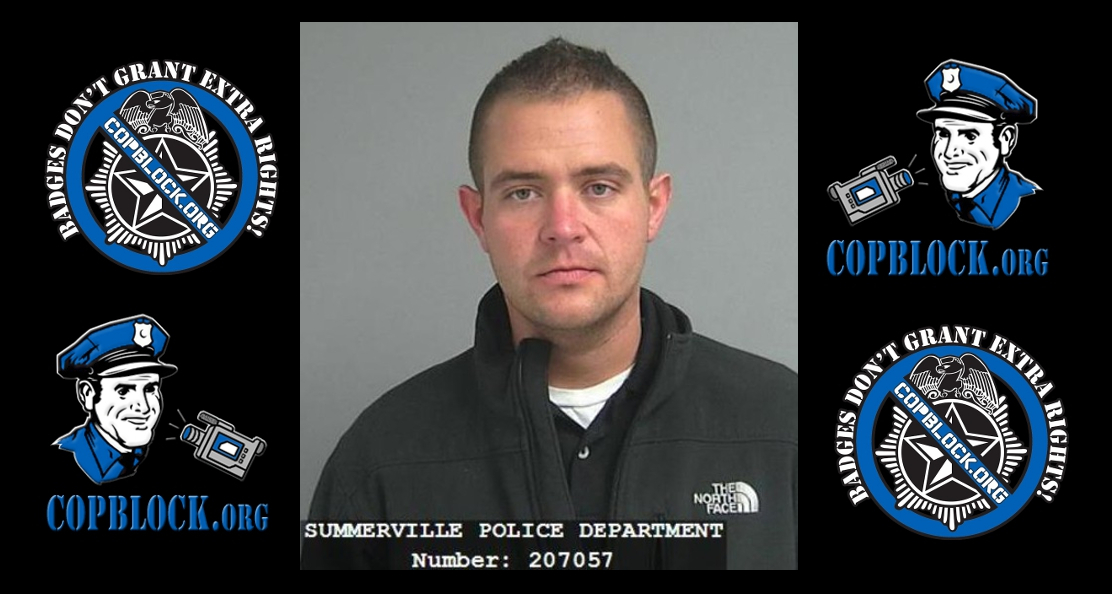 Charleston County Sheriff’s Deputy Edward Clemens was arrested for DUI on Sunday after literally falling asleep at the wheel while waiting at an intersection in Summerville, South Carolina. After being woken up he took his foot off the brake and allowed the car to roll into the intersection. Fortunately for Clemens, the officer that eventually arrested him didn’t decide that he was in danger of being dragged and shoot him out of a fear for his life. He then either made a really clumsy bribery attempt or was simply unable to distinguish the difference between a driver’s license and a debit card.

A Summerville officer on patrol said he saw the truck sit through two cycles of a red light, walked up to the window and knocked on it several times to wake up Clemens. When he finally woke up, the police officer opened the driver’s side door but Clemens’ foot reportedly left the brake pedal so the truck started to roll forward.

The Summerville officer said he had to ask Clemens several times to stop his truck and when he finally did, the officer said he could not only smell alcohol on his breath but he had slurred speech and bloodshot eyes.

When asked what was going on, Clemens reportedly said “I guess I fell asleep,” and initially denied that he had been drinking. His story changed later when he admitted to having two beers.

The responding officer said Clemens had a hard time providing documentation, handing over a debit card when asked for identification and failing to see his registration card at first. Clemens reportedly got out of the truck but had to use his shoulder for support in order to stand.

Deputy Clemens is currently on paid vacation until the other cops in his department figure out which one of his wrists they are going to slap.