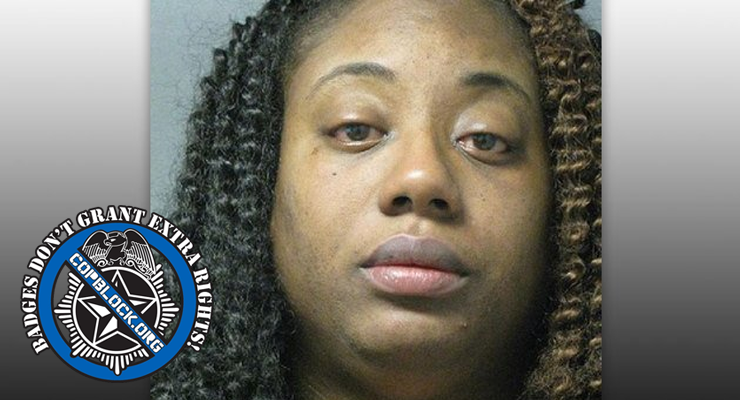 As has come to be expected from Cleveland police, Officer Shona Vanzant was arrested on charges of domestic violence. A 911 caller described the officer, “beating up on the male” and and then trying to run the man over with her car.

It was not known at the time that Vanzant was an officer, but was discovered later. The incident happened in the Maple Heights suburb of Cleveland, in front of a school. Vanzant was arraigned in Garfield Heights Municipal Court Tuesday.

It is truly amazing to me to see our activism paying off. Back in the day something like this would have easily been swept under the rug by the colluding police departments. One chief would call another chief and they would agree to “keep it quiet.” Thanks to outlets like CopBlock, this pattern of violence is no longer possible. At least in Ohio it seems, the people stepping up and filming the police, has increased. People in Ohio are slowly starting to come around to the fact that you can disagree with what the police are doing.

We will keep up with this story as it unfolds. Stay tuned to CopBlock for more on this and other police abuse stories. Keep filming the police!