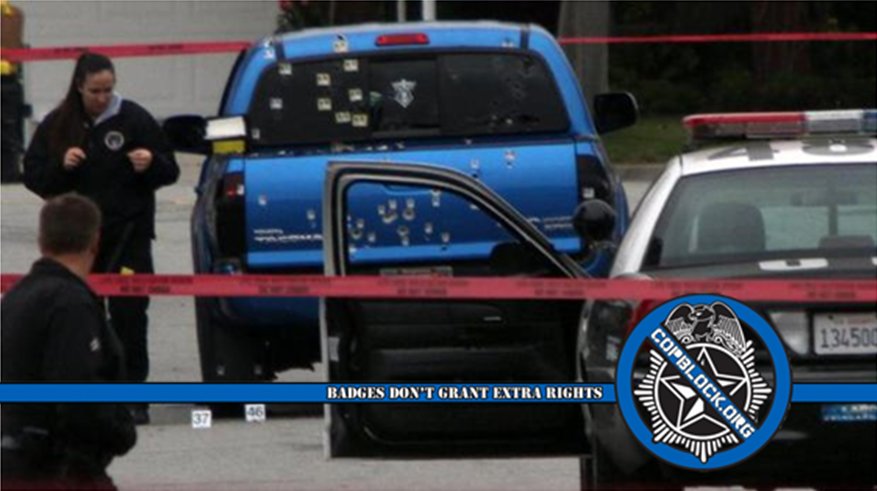 The LA County District Attorney’s Office said Wednesday that eight LAPD officers who unloaded over 100 bullets on two LA Times newspaper delivery women after mistaking them for rouge ex-cop Chris Dorner, will not be charged.

Margie Carranza, 47, and her mother, Emma Hernandez, 71, were delivering papers from their pickup truck in a Torrance neighborhood before dawn on Feb. 7, 2013. As a high ranking police official lived in the area, the cops were nearby and on the lookout for Dorner, who sought vengeance against officers he blamed for his firing.

According to police, Dorner killed a total of four people and wounded three others before he died from a self-inflicted gunshot wound during a shootout with cops near Big Bear in the San Bernardino mountains.

Police audio recorded from the scene revealed however, that in the final hours of the siege, LAPD cops and San Bernardino County sheriff’s deputies engaged in the summary execution of Dorner without a trial or legal judgement for his crimes.

Gleamed from police scanners, one officer had be heard commanding “fucking burn this motherfucker,” before other cops discussed their intention to, “go ahead with the plan with the burners” and the cabin Dorner was holed up in was torched.

Police had ordered aerial news copters and media journalists to leave the area, but the LA Times would latter confirm that “incendiary tear gas” was used by officers to start the fire that ultimately led to Dorner’s death. It is likely he took his own life to avoid being burned alive.

Leading up to the stand off, the terrified LAPD acted like hysterical children with no training or intelligence during their search. They fired three shots at the vehicle of David Perdue – a white man – after mistaking him for Dorner, who was black. Luckily Perdue was not hit, but no charges were brought against the offending cops.

Prosecutors are taking the same line in the case of Carranza and Hernandez – that being endowed with a shinny badge means officers should not be held accountably for their excessive force and negligence.

The LAPD had received a call that the truck the two Hispanic women were driving resembled the truck of Dorner, a gray Nissan Titan. As the truck slowly rolled down the quiet residential street delivering newspapers, officers opened fire, unloading 102 bullets into the back of the vehicle and neighborhood.

The truck the women were driving was not a Nissan Titan, it was a Toyota Tacoma. Also, the color wasn’t gray, it was aqua blue. The shooting left Hernandez with two bullet holes in the back – and other cars, trees, garage doors and roofs were also hit. Carranza was not shot but she suffered cuts to her hand from broken glass.

“How do you mistake two Hispanic women, one who is 71, for a large black male?” a homeowner who counted five bullet holes in the entryway to his house, Richard Goo asked following the incident.

Hernandez would latter recover from her injuries and the two women would receive a $4.2 million settlement from the city. The news to not criminally charge the officers for their blatant disregard for human life and professionalism was released in a memo from the District Attorney’s Office on Wednesday.

An attorney for the women, Glen Jonas, has said that “there was no warning… no orders… [and] no commands” before the encounter. “Just gunshots.”

“The vehicle is a different color. The license plate doesn’t match,” Jonas said. “There’s nothing there for you to start shooting people. And even if they had the person in question… Mr. Dorner… you still have to give them an opportunity to get out. You can’t just start administering street justice.”