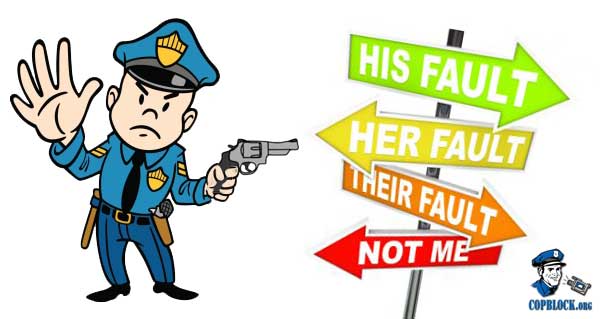 Several weeks ago we reported on a 12 year old child that lost her life at the hands of a Pennsylvania Constable’s firearm. An update to that story has just broke on ABC news. Shockingly the police are trying out a new excuse. The good old fashioned “he made me do it” is being presented as the child’s father is hit with charges of murder and manslaughter. ABC news reports:

The father of a 12-year-old Pennsylvania girl accidentally shot by a constable serving eviction papers was charged Thursday with homicide in her death.
Donald Meyer, 57, pointed a loaded rifle at Constable Clark Steele on Jan. 11 and Steele fired a single shot in return. The bullet traveled through Meyer’s arm and struck Ciara Meyer, who was standing behind her father.

Now some may argue that the man was defending himself against a person intent on forcing their will on them. I know I can see a lot of holes in the constables story. For one thing its very rare in the state of PA for a judge to grant a forcible eviction against a family with children in the winter time. Answers to questions like this will go unheard though as the real villain is found.  The evil father. The one using his own body as a shield between his child and the officer. The one seemingly willing to give his life to defend the child is the one responsible for her death.  He made the cop pull her weapon and fire at a family in their living room. Well at least that’s the story the police and DA are trying to sell to you all. ABC’s coverage continues:

Meyer, who already faced aggravated assault and other charges in the case, was charged Thursday with homicide and involuntary manslaughter. He has been jailed without bail since his release from the hospital. His public defender did not immediately return a phone call Thursday seeking comment on the charges.

Authorities said Steele had gone to Meyer’s apartment to evict the family. According to court documents, Meyer opened the door, closed it, then opened it again and briefly argued with Steele about the eviction before raising his rifle. Steele pulled out his service pistol and fired, and the bullet passed through Meyer’s upper arm before hitting his daughter in the chest.

Meyer also faces a firearms charge. He was not permitted to have a gun under state law because he had been involuntarily committed to a mental health facility in 2011, Bender said.

Meyer is due in court Feb. 12 for a preliminary hearing.

Just another case of the “comply or die” campaign that our free country has been running.
2.3k
SHARES
FacebookTwitterGoogleRedditTumblr
DiggLinkedinStumbleuponMailPrint
EPN