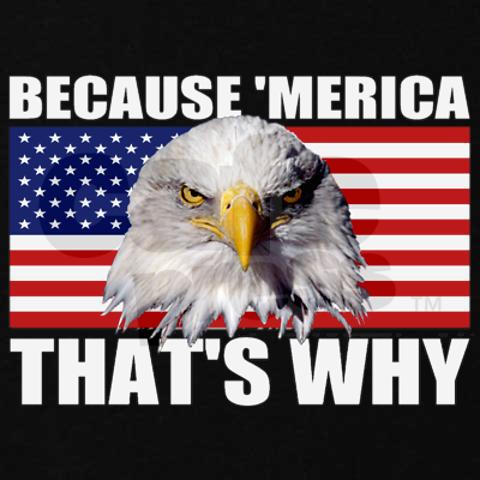 You hear it in almost every political convention. You hear it in acceptance speeches. You hear it at the grocery store, in advertising, on billboards, in the media, on social media now a days. AMERICA IS THE GREATEST COUNTRY ON EARTH! It is the battle cry of the nation. But why?

People say America is the greatest country on earth all the time, but what does that even mean anymore? Do you even know? What makes a country great for one thing, and for another, is America fulfilling that role? According to Time Magazine, and several other sources, the top 10 countries in education in math and science are:

From another source, the United States isn’t even in the top 20. So we suck at education. We also suck in a lot of other categories, but that is not the point I want to make with this article. The point I want to make is deeper in my opinion than just where we rank in education, GDP, economics, or some other benchmark. The only thing we lead the world in is prison population. So much for the land of the free. Let’s look at it from another perspective.

Our society is filled with professions. You can be anything you want in America. We make people that have more serious jobs take oaths to affirm their dedication to the principles that got them started in their line of work, right? Doctors take oaths. Policemen take oaths, judges, tax collectors, all kinds of people take an oath before taking office, but how many of those people abide by that oath? It doesn’t seem like many to me. In fact, in this country, it seems to me that an oath doesn’t mean a hell of a lot anymore. They are more like words you have to know to fill out a job application properly. A stipulation on your resume is all it is.

“Yes, I attended Harvard, I graduated top of my class, Manna, Phi Beta shithead. I had a 4.0 GPA. I have an MBA, BA, and an associate’s degree in BS. Oh yeah, and I can recite an oath like no one you know!”

A doctor takes an oath to, first and foremost, “do no harm.” Yet in this country medicine is merely practiced and we are all guinea pigs. Big Pharma runs the medical industry and has doctors pushing drugs that no one has any idea about whether they work, the side effects, or nothing else. The whole time, the medical industry is suppressing medicines that ARE proven to work, because it hurts Big Pharma’s bottom line. There is a cure for AIDS and cancer. The medical industry has done everything it can to DISPROVE the efficacy of these treatments, rather than embracing them.

for this country! How many soldiers could be treated for PTSD, the leading ailment of war, by marijuana? Yet the medical industry keeps it suppressed because the government told them to, all the while holding a patent for the medicinal properties of the weed! I won’t get into some of the other shady things the government  is doing.

A politician takes an oath to defend the Constitution of the United States. Let’s hold on to our personal impressions of what the document means to us individually, and assume for sake of argument that the constitution is the supreme law of the land. The politician takes an oath to defend this document against all enemies foreign and domestic, but what is the first thing any politician does? He makes himself a domestic enemy and starts pointing to all the foreign enemies that we have to defend against. He makes himself a domestic enemy by doing what is best for himself over what is best for everybody else.

A politician should be a person that thinks of everyone else but himself first. This is not a standard with our politicians today. In the greatest country on Earth, shouldn’t we be able to do better than that?

And finally,the policeman. My personal favorite, the policeman takes an oath to uphold the law, but he does not know the law he is upholding. Police academies, you know, where they train police officers? Do not teach the potential officer about the law he is to uphold. They teach submission techniques, investigative tactics, and they teach them to lie. They teach lying because a cop is allowed to lie to you. Can you believe that? The defender of right and wrong on the street level. The enforcer most people see and interact with most in their lives, are trained to lie to you. It is in fact the greatest tool in the tool belt for police officers.

They are paid to lie for a living. They are then trusted implicitly when testifying in court. They are supported by the judges and the lawyers so much that police testimony is often refuted. Even if a defense attorney can spray reasonable doubt all over a cops testimony, the court system still views his word as gospel. In the greatest country on Earth, how do we let this happen? Not only do we let it happen, we encourage the behavior.

How can we call this the greatest country on Earth? We are not number one at anything anymore. We created the steel industry in this country, it’s gone! We created the auto industry in this country, gone! We created the oil industry, well lets be honest, I’m happy that one is gone, even though I hate paying the price to lose it! We have become a nation dependent on others for things we used to make. Why you ask? Because our fucking government has made it impossible to do business in the greatest country on earth. It is cheaper to send the work overseas and keep your money offshore so you don’t have to pay American taxes on it. (Not that I am advocating paying taxes)